The Afterlife and The Sopranos 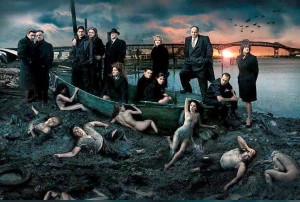 This fall, I will be taking a course entitled “Nonviolence, Power, and Evil” in which we will discuss and apply theoretical responses to evil vis-a-vis The Sopranos. At the end of the semester, we will then choose one of these models and apply it to a real-world situation. I am intrigued by this course because I feel that the framework could easily apply to another great HBO series, The Wire, or nearly any television drama. For various reasons, I never watched The Sopranos in its original broadcast and am now spending many summer evenings catching up on all the good times that I missed. While I am reflecting on ideas of evil, violence, and power, other issues inevitably emerge, especially in light of having read Will Willimon’s Who Will Be Saved? which I reviewed yesterday.

Oddly enough, in a series with characters who seem hell-bent, that is, their actions and attitudes creat a hell-on-earth for themeselves and those around them, a rather complex view of the afterlife emerges. If these characters are content to live a life of violence, crime, racism, isolation, and hatred, then why would they want the afterlife to be any different? My hopes and beliefs in an afterlife of communion with God and one another despite races, ethnicities, gender, or sexual orientation would be a picture of hell for these mobsters. One episode from season two actually bears this out. 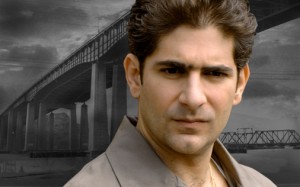 Episode 22, entitled “From Where to Eternity,” is written by one of the series’ stars, Michael Imperioli who plays Christopher Moltisanti, Tony Soprano’s nephew. This episode focuses on Christopher as he recovers in the hospital from multiple gunshot wounds. He survives, but at one point, goes into cardiac arrest and is clinically dead for one minute. After the doctors revive him, he calls in Tony and Paulie to inform them that while he was dead he went to Hell. Christopher’s vision of Hell: an Irish bar that exists in a perpetual St. Patrick’s Day celebration and where his father gets whacked every day. To top it off, Brendan Filone and Mickey Palmice are now best friends who play dominoes every day in the afterlife. it is no secret that these two men were bitter enemies on earth. Of course, Tony blames this all on the morphine drip that Christopher wears out. Paulie, however, takes the dream much more seriously. Several afterlife implications emerge.

Christopher’s vision of Hell is a complex one. It is not simply a place of eternal damnation with weeping and gnashing of teeth. In fact, it is a party, one of the most raucous and celebratory parties, for all of the people there. Christopher has to be reminded by Tony and Paulie that it was hot. What Christopher sees is not just a celebration, but a celebration of, by, and for a group of people for which he and his mob family have nothing but contempt. No wonder Christopher would be a little hot under the collar in this afterlife. It is doubtless that Christopher’s racist atitudes toward the Irish have and will boil over into overt discrimination and outright violence. Why should he not have to atone for these sins in the afterlife, and what better means through which to do so? Forget fire and brimstone. Give Christopher the epitome of his Irish enemies (at least in his mind): an Irish bar and an eternal St. Patrick’s day to figure it out.

Will Willimon writes of the afterlife: “What if eternal life turns out to be something like being trapped in an airport waiting lounge with all those whom you have wronged, and who have wronged you, and all the time in the world to work it out? Does that sound like heaven to you, or hell? Perhaps a major difference between heaven and hel is the difference in how we use the time, how God uses us in the meantime.” Or what if it’s an Irish bar? Again, this episode offers insight into two people who have either worked it out or are working it out. Christopher, Tony, and Paulie are appalled that Brendan Filone and Mickey Palmice are playing dominoes together. What if their domino game is not just a game, but rather atonement or reconciliation?

Yet there is an ambiguous aspect to Christopher’s vision of Hell, as there should be. His father gets whacked every day. Now this would clearly be a source of torment for anyone. Perhaps, however, it is a reminder of all the men Christopher has offed in his life. Just maybe, when Christopher works it out, his father’s deaths will cease. 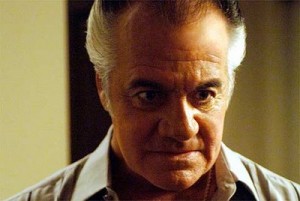 Finally, while Tony writes off Christopher’s visit to Hell as a morphine vision, Paulie has something of a short-lived spiritual awakening. Paulie believes that a message Christopher returns, “Three o’clock,” somehow references a past event that most likely involves a murder. Paulie becomes restless and sleepless and finally visits a psychic to help decode the message. The psychic sees and hears a host of spirits surrounding Paulie, the spirits of several people that he killed. Obviously, they are not happy with Paulie, and clearly Paulie is not happy with the psychic, believing that it is all just a set-up.

Psychic visions aside, Paulie has created a hell-on-earth for himself. He lives with self-inflicted, not God-inflicted, punishment. His guilt is like a caged lion just out of reach, waiting to devour him. In fact, it might well already have as Paulie disguies it with a gruff exterior and an even more violent, reactionary nature than other members of his “family.”

So, if God is not punishing Christopher or Paulie, then where is God in all this. Perhaps God is sitting on one of those bar stools at the Irish celebration waiting for Christopher to celebrate too.