BRANDS OF FAITH: A REVIEW 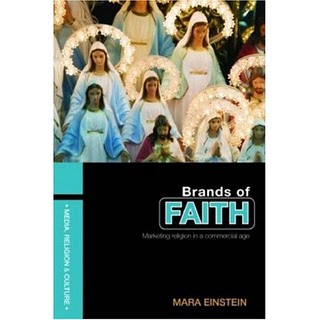 Mara Einstein argues, in her book Brands of Faith:  Marketing Religion in a Commercial Age, that we live in a culture of “planned obsolescence.”  This is hard to deny given the frequency with which, for example, Apple releases new iPods and iPhones.  Yet she turns her attention to the effects that such consumerism has on religion.  Einstein reveals that the sacred has become more secular through intense commercialization and marketing.  On the other hand, though she doesn’t write as extensively about it, the secular has become more sacred in the process.

The fact that Einstein worked in marketing for large companies like NBC and MTV is evident in her writing.  She knows of what she speaks.  Unlike so many other “Religion & Fill-in-the-blank” books, Einstein brings a level of expertise and experience not found in comparable hybrid texts.  She begins her introduction with the recognition that faith/religion is being marketed with a never-before-seen fervor.  Her subsequent chapters are both illustrations of this marketing frenzy and explanations as to why it is taking place now.

To answer that latter question, she poses several theories, which taken together say quite a bit about our contemporary religious and non-religious cultures.  In her last chapter she offers reasons why faith brands exist:  “(1) religion must compete against other discretionary leisure activities; (2) religion must compete against the constant barrage of images and information in today’s culture; and (3) teens and 20- and 30-somethings are not as attracted to religion as their counterparts in previous generations” (193).  Moreover, throughout her text she constantly refers to the decreased stigma attached to an individual’s choice to not participate in a community of faith.  Declining attendance has sent churches on a quest for growth, and marketing is often the first, and a constant, step in attaining greater numbers.  The influx of “new” religions through immigration, the advent of religious studies, changes in technology and communication that expose us to other practiced faiths and online communities create a seriously competitive religious market.

Einstein has a firm grip on the history of religious marketing (at least back to the advent of the printing press) and the social changes that have necessitated a heightened practice of it in the early twenty-first century.  However, the strength of her book is her analysis of religious branding itself and specific faith brands.  She eviscerates the likes of Purpose Driven Life and the Alpha Course as well as the commercialization of Kabbalah and the decline in popularity and marketability of the New Age movement.  She compares Joel Osteen (the sacred becoming secular) to Oprah (the secular becoming sacred).  It is difficult, after reading Einstein’s chapter on Osteen, to view his as anything more than something akin to a snake eating its tail.  His televised “worship services” are mere advertisements for his books, CDs, and speaking engagements, not attempts to share the good news of Jesus Christ. 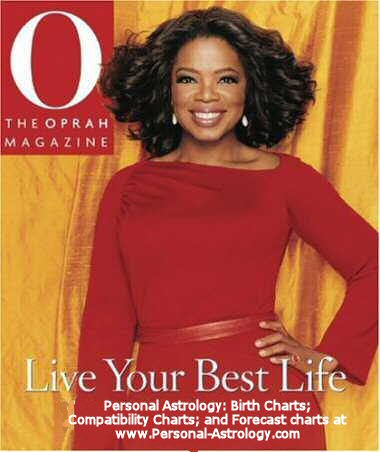 She concludes her book with two chapters that examine the consequences of religious branding.  The first examines the political implications and the reality that, as these religious brands are evangelical and conservative in nature, they help push a conservative political agenda.  The growing mega-churches increasingly offer non-religious services that continually benefit from tax exempt status.  Einstein writes, “Megachurches now offer everything from childcare to fitness centers to video arcades, and while there should be benefits allowed for religious institutions that provide social services, does this really need to be applied to a tanning bed” (190).  In the end, she asks if religious marketing has gone too far.  She does conclude that, in and of itself, marketing, for all institutions, is necessary, even for religious organizations.  However, the dangers, as she so effectively reveals, lies in a corrupted or watered-down message, of promising paradise without any commitment on the part of the participant.

Einstein may turn off some readers early in her text as she frequently asserts that religion is a product.  She writes, “At its base, then, one religion is not much different from another.  The differences lie in the packaging–the music, the type of texts used, and what additional services are available beyond the prayer service (a food court? a large singles community? childcare? types of recovery groups?)” (20).  It is important to note that she is not saying faith or God is a product…although religions are increasingly making them so.  In fact, she is very respectful of the individual’s freedom to engage, or not, a particular faith.  She is also highly sympathetic to people who are being duped by the “Prosperity Gospel.”  The financial figures that accompany her research are staggering.  In the end, it is hard to argue with her conclusions, and, unfortunately, even harder (though hopefully not impossible) to envision a way out of this mess.

Einstein has a blog, http://www.marketingreligion.net/, where she frequently posts her observations of branded faith as she finds them.