What could we possibly learn from the LeBron-athon that took place over the last two weeks other than professional sports stars are narcissistic and our popular culture couldn’t care less because we can’t get enough of sports? If we scratch the surface, I think we can learn, or be reminded of, a little more. 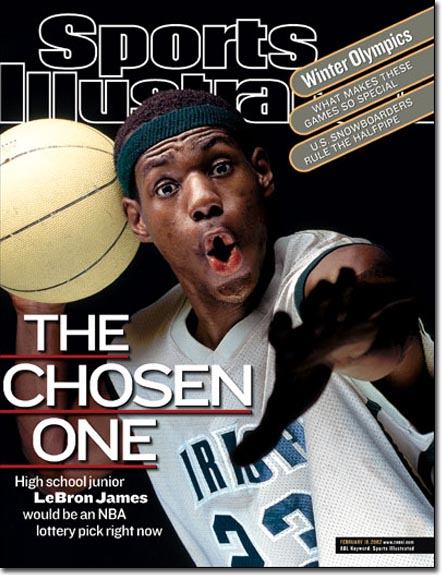 “Greatness talk” has surrounded LeBron since junior high school. I simply cannot fathom the pressure such talk places on a kid and how it affects the maturation process. Thankfully, I guess, I’ll never have the burden of being compared to Michael Jordan, Kobe Bryant, and the like. For whatever reason, LeBron couldn’t “get it done” in Cleveland. He didn’t evidence a killer instinct like Jordan or Kobe necessary to lead a team to a championship. But it’s not like Jordan or Kobe won their championships alone. LeBron with either of their supporting casts would most likely be a multiple-title owner.  It must be said that Jordan, with LeBron’s supporting cast, would still have been a multiple-title owner.

So LeBron, like every other athlete and franchise, wants to win now. He leaves money on the table in the process and teams up with fellow superstars that he would ordinarily be competing against just to get to a final, let alone win one. Is this a shortcut to a championship…if they get there? Absolutely! It’ll be one of the most contrived titles in the history of professional sports. But, thankfully, in an era of free agency, players have the right to determine their future. Who among us wouldn’t jump at the opportunity to work with the best people in our field to attain the greatest success? Do we not demand a winning attitude from our superstars? How many times have we chastised professional athletes for chasing the money more than victories? Yet the moment LeBron really embodies an attitude that places winning over the biggest possible salary, fans burn his jersey and call him soft.

Thanks to a reader’s response to Bill Simmons, I was reminded of a key characteristic of King James, a title which, as with all royalty, was bestowed upon him before he could actually earn it. If you watch More Than a Game, the documentary about his high school team, and consider his personal life, LeBron seems to have always wanted to belong rather than lead. His high school team was, as he admitted, a family, not an organization. In fact, family (or at least popular notions of it) might be too hierarchical of a comparison.  He and his teammates all played their parts to perfection to attain greatness and to overcome any divisiveness that developed between them, and they remain close friends to this day. 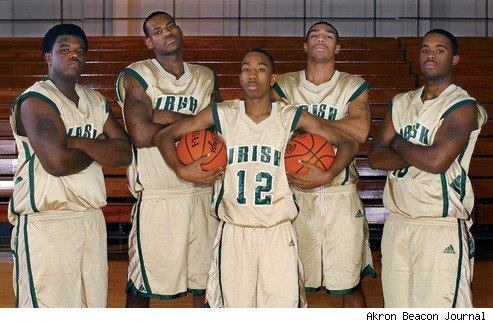 The most fascinating element to this on-going soap opera is that LeBron just happens to possess supremely superior athletic ability and physical prowess the likes of which we have rarely seen on the basketball court.  Throughout history, anyone who possesses similar ability seems to have either willingly embraced or accepted the role of leader.  It just conveniently seemed to fit their personality too.  For the first time in professional sports, and in our microscopic media, we have encountered a player who is athletically peerless, but possesses a personality that is far more suited to belonging than leading.  As a result, we might have expected too much from LeBron too fast…this wouldn’t be the first time we’ve done that to one of our superstars.  Oddly enough, we never expected as much from the franchise for whom he worked.  Clearly, neither party in this case lived up to our expectations.  I would be far more critical of my front office, were I a Cavaliers fan, than I would be of my departed hero. LeBron is being vehemently criticized for being weak (I wonder how many people would say that to his face?). Yet, perhaps he is being true to himself and to a greater truth that we often forget.  There can be, and often is, greatness in simply belonging. In fact, all of our “individual” superstars have belonged to a community of achievers. It’s hard to think of Jordan without immediately thinking of Jackson or Pippen. Kobe?  Not without Shaq or Pau…or, again, Jackson.  And now LeBron…and Wade and Bosh. 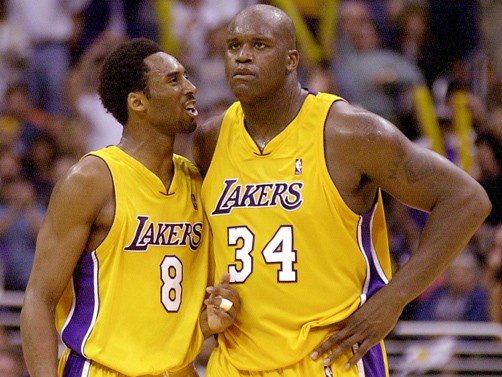 Of course, it will be interesting to see how this dynamic of belonging plays out over the course of subsequent seasons. I don’t feel overwhelming pity for LeBron, nor is this meant to be a defense of another multi-million dollar athlete.  With each passing year, I lose more and more interest in the NBA (as Shaq goes, so goes my interest).  However, I do feel that this whole soap opera reveals just as much about us as it does LeBron.  For now, it might be worth considering that our disappointment with LeBron’s “inability” to lead might be tied up with our own misguided notions of greatness. As a Christian and a sports fan, I’ve found it worthwhile to consider Jesus’ upside down notions of greatness where the last shall be first and the first shall be last. Now that we see a semblance of this playing out in a professional setting, in ways many of us never though possible, it angers and discomforts many us. Perhaps this is a moment in which we can redefine notions of greatness rather than determining who among us is the greatest.

Jesus on the mainline
slacktivist
Related posts from Pop Theology 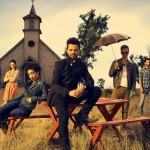 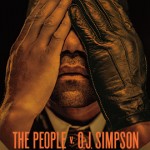 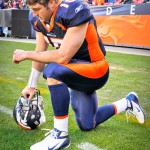