Raging Devil: DAREDEVIL and the Failure of Imagination

Posts have been sparse on Pop Theology over the last few months. Richard and I are working to correct that. Of course, with constant Netflix series either releasing or returning and the impending tidal wave of summer blockbusters, we have our work cut out for us. Over the weekend, I finished the new critically-acclaimed Netflix series, Daredevil. I loved it, even though it was a failure…of a sort. Warning: spoilers galore.

Like Matt Murdock (Charlie Cox) in Netflix/Marvel’s new series, Daredevil, I’m going to open with a confession. I’m a hypocritical pop culture junkie. I consumer uber-violent content (films, TV series, video games, etc.), even as I profess belief in (and struggling devotion to) the Prince of Peace, who told Peter to put down his sword. I know violence never solves anything, unless you’re concerned with how to beget more violence. Yet Oldboy (the original, not Spike Lee’s uninspired remake) is one of my favorite movies, Martin Scorsese is one of my favorite directors, and Daredevil is one of my new favorite TV series. This isn’t a coincidence because the latter owes debts to the former two, both in its aesthetic of violence and the morality with which it wrestles. Scorsese has made a career trading in redemptive violence, a central theme in Daredevil, but his films have never had a deeper take on this theme other than to reveal its ultimate futility. Most creators of violent film and TV content seem to be inspired by Park Chan-wook and other “Asian shock” directors in their choreography. The second episode of Daredevil, “Cut Man,” references the hallway beat-down scene from Oldboy, but from a different perspective (check out a great video essay on this comparison). Of course Park is also drawing from video games and comic books, so it’s all circular.

In several places, Daredevil fans of the religious persuasion, have claimed that an understanding of Matt Murdock’s Catholic faith is integral to a deeper appreciation of the story. It’s true that Matt had a Catholic upbringing and education and frequently visits a priest to air his dirty laundry. However, he also practices meditation, which seems to have a greater effect on his fleeting peace of mind. Like a good Catholic (or any Christian for that matter), he carries around a crushing sense of guilt, which isn’t unburdened by his visits to Father Lantom (Peter McRobbie), even though the priest occasionally dispenses some much-needed wisdom. Unfortunately,  much of their interaction reflects a deeper theological problem. They still revert to the use of fear to motivate right behavior, whether that be from a vengeful god that would banish wrongdoers to hell, a devil that would scare them into the arms of god, or either a vigilante superhero or his enemy, both of whom want to clean up the city.

Perhaps the greatest religious element of the series comes from a most unlikely source, “super-villain” Wilson Fisk (Vincent D’Onofrio). In the final episode, “Daredevil,” FBI agents have finally arrested Fisk and are transporting him to a holding cell. Along the way, Fisk tells the story of the Good Samaritan and follows it up with his own interpretation. For years, Fisk thought he was the good Samaritan in the story, but he has now come to realize that he is the thief that set upon the traveler, beat him, and left him to die. While it might be easy to cast quick judgment on Fisk, Daredevil humanizes its villain to a greater degree than many other superhero narratives. In the brilliant eighth episode, “Shadows in the Glass,” we learn that Fisk was the victim of a violent upbringing that continues to haunt him decades later.

In one of their recent Moonshine Jesus Show podcasts, Mark Sandlin and David Henson highlight the ways in which Daredevil treats Fisk and Matt as mirror images of each another: both of their young lives were marred by violence, and, while they do try to resist it, they’re pretty much convinced that violence will solve all their problems. While Matt might not be the thief in the Good Samaritan, he does far more beating than rescuing. He may experience angst over whether or not he should kill Fisk, but he has no remorse over leaving people physically incapacitated for the rest of their lives. Matt feels forced to operate outside the law as the Masked Man, and, although he isn’t named Kingpin here, Fisk knows that he must do so as well. When Matt obtains a suit of armor from Fisk’s supplier, he might as well have donned a fat suit underneath it, because the two have become indistinguishable.

To their credit, Fisk and Matt both have a genuine desire to improve Hell’s Kitchen, but they both have a very short-sighted way of going about it. In this way, few series better capture the insight of theologian Marjorie Suchocki. In her book, The Fall to Violence: Original Sin in Relational Theology, she posits that only forgiveness will break the cycles of violence that enslave us. She outlines three ingredients for forgiveness–memory, empathy, and imagination–the absence of which also creates the conditions for the perpetuation of violence. Suchocki writes:

Through the transcendence of memory, one differentiates oneself form absorption into the past by allowing the past to be past. This also involves openness to reclaiming a fuller past that contextualizes violence. Through the transcendence of empathy, one gains the ability to separate self from other and to see the other as fully other, even in relation to the self. […] Through the transcendence of imagination, one receives release from the past through openness to a new future. In and through imagination, the will to well-being moves into visions of well-being, which themselves empower one to work toward well-being. Thus memory, empathy, and imagination are the means through which forgiveness exists, not simply as a release from sin, but as the movement into transformation (152).

Most of the characters in Daredevil suffer from a lack of either memory, empathy, or imagination. They fail to remember the ways in which they have hurt (or been hurt by) others and how these experiences might shape them moving forward. This is closely related to a lack of empathy, epitomized in Karen Page (Deborah Ann Woll), who never questions why Fisk killed his father but is, instead, more obsessed with using it as a fact to discredit him in the eyes of the public. The series only pays lip service to the ways in which imagination might overcome violence. During one of his visits to Father Lantom, Matt wrestles with whether or not he will kill Fisk because he can think of no better way to clean up the city. The good priest tells him, “There’s a great chasm between inaction and murder.” Unfortunately, the series never explores what imaginative acts might lie in this chasm, other than beating the hell out of criminals or exhausting legal resources.

Thankfully, Daredevil is not devoid of good characters. Matt/The Masked Man/Daredevil might be the character that many viewers secretly wish they could be, while his partner, Foggy Nelson (Elden Henson), might be the character that many of us think we are…or should be. However, it is most likely reporter Ben Urich (Vondie Curtis-Hall) that best reveals who we really are and only ever can be. Ben has made a career out of that old prophetic function of speaking truth to power, which makes him seem like a dinosaur because in a media environment that is a shill for gangs of politicians or corporate politics. Ben is the only character that knows that a deeper understanding of both Fisk’s past and present connections to Hell’s Kitchen will better equip them to confront their opponent. When Ben dares to expose Fisk, he meets the same end that all prophets do, a death that is hardly worth commenting on in the media and one that, even if it does receive attention, is masked by a lie.

Another truth teller might be Claire Temple (Rosario Dawson), who first sees Matt/the Masked Man for who they really are and calls them on it. Despite her disagreements with Matt’s choices, she still tends to his wounds and nurses him back to health. However, her assessment of Matt/the Masked Man as a martyr that will meet a solitary, bloody end is religiously misguided. The bloodied, neglected martyrs to which Claire refers rarely, if ever, acted violently and often walked willingly and knowingly to their deaths, unlike Matt/the Masked Man who isn’t going down without a protracted, brutal fight.

Make no mistake about it, Daredevil is a fantastic series on many levels: it is superbly acted and beautifully shot, even in its unrelenting darkness. In fact, the narrative and/or thematic shortcomings that I have discussed here could very well be its own critiques of our culture’s obsession with violence (from vindictive to redemptive), revenge, and vigilante justice. This is no surprise given that its creator Drew Goddard has proven to be skilled at exposing broken systems and narratives. If you’ve yet to watch his take on the horror genre, The Cabin in the Woods, you really should. I’m just ready for him, and all the brilliant co-creators with whom he works, to imagine a better, different way. 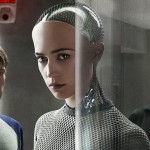 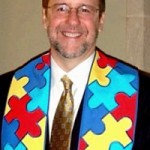