Over the weekend, I had the rare opportunity to listen to–and briefly meet–one of my favorite directors (and one that I consider the greatest of all time), Martin Scorsese. We screened his latest film, Silence, for the Fuller Seminary community. After the jump, you can read some of the highlights from Scorsese’s Q & A with Kutter Callaway, assistant professor of theology and culture at Fuller, and Mako Fujimura, director of the Brehm Center at Fuller.

Callaway opened the conversation by suggesting that screening Silence for seminarians might be different than screening for a “regular” audience. Scorsese agreed and referred to his intentions for the film:

I had hoped this film would reach this audience, and that it was something you’d be open to. But I didn’t want it to be narrow. I wanted it to be wider for the whole world…but through you. I thought it might open up serious conversations given the way the world is. It’s certainly different than screening for a lay audience.

Callaway also pointed out the fact that many people attending the screening regarded the director as a formative theological voice in their lives. He asked Scorsese if there was any particular spiritual conversation he wanted audiences to have. Scorsese said, “It’s the conversation I had with the book in 1989. How does one–if you’re not clergy or following that calling–really express and live true Christian life, especially in a harsh world?”

Scorsese then talked a bit about his childhood and growing up an extremely violent environment, but one that was also marred by a particularly medieval religious mindset. It was in this environment that Scorsese also considering joining the priesthood, so inspired was he by a particular priest. However, when he flunked out of pre-seminary training courses, he realized that the ministry wasn’t his true vocation. He was continually exposed to different modes of Christian thinking and spiritual expression, which shaped him moving forward and would play a key role in his life’s work.

Callaway pointed out the irony in Scorsese moving away from the priesthood, but embracing a vocation that tells stories saturated with spirituality and theology that, again and again, shaped so many pastors and theologians’ work. He pointed out the outsiders in many of his stories looking for communion. Scorsese added, “The reality of making films like that in Hollywood makes you an outsider.” This is something that Fujimura echoed, regarding Scorsese’s work as a gift for “those of us who strive to be spiritually and artistically pure…not motivated by money or culture.” Fujimura admitted to being struck by Scorsese’s “heart for this journey.”

Speaking of the determination to complete this particular journey, Fujimura and Callaway both commented on the way in which Scorsese labored over the final 20 minutes of the film. Callaway added and asked, “It’s the realization that the most faithful and obedient act is to apostasize. Talk about filming that hinge moment of apostasy.”

That’s a good question. How do I do the voice of Jesus? I tried to react against the grand scale. The idea of Christianity in cinema needed to be reinvented to make it accessible to a younger generation. But, ultimately, I had to ask myself if I really understand that apostasy and what it means. By the end of The Departed, I felt we were at a moral ground zero. And then I go shoot a concert with The Rolling Stones. Now, where do I go to find the meaning of life? For me, that is still Christianity and it’s the saving grace of our world and species.

Callaway referred to the times in which we live as “post-trauma,” because theologians and pastors are forced to respond to horrific traumas on a seemingly daily basis. He referenced Scorsese’s desire to interrogate the ambiguities of faith (and life) while being rooted in Christian faith and asked the director for one piece of wisdom for doing that.

It’s in the films–no doubt. In Raging Bull, he repeats the line from On the Waterfront monologue and forgives himself. Maybe that’s where we have to begin…is to forgive ourselves. Weathering all the problems of Christianity and the accompanying political and religious negativity, so that we protect the kernel of faith in ourselves. Having it tested constantly, we find the truth of it, which is in the behavior of our daily lives. For example, people can be upset about the portrayal of the Japanese in the film, but they were oppressed, in a way, by the missionaries’ truth that negated their cultural truth. Colonialism is still tied to Christianity. That wound still hasn’t healed. But isn’t that healing also found in our behavior? I know it sounds small, but it’s not easy. Without that, there won’t be any species.

Silence (161 mins) is rated R for violence and is in theaters everywhere this Friday, January 13th. It’s a must-see film for all people of faith. 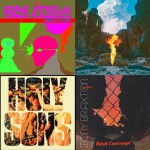