At Sundance: THEIR FINEST

Their Finest wasn’t on my radar going into Sundance this year, but it turned out to be one of my more enjoyable screenings. Based on the novel, Their Finest Hour and a Half by Lissa Evans, it focuses on British propaganda filmmakers during WWII. In the process, it’s a celebration of cinema and filmmaking and, especially, women’s roles in it.

When Catrin (Gemma Arterton) responds to a post for a secretarial job at the Ministry of Information, she quickly learns that it’s actually for a  scriptwriter position.  A beleaguered producer wants to shoot a patriotic feature length film with more emotional appeal than the shorts and newsreels that precede screenings, she is employed to write “the slop” (women’s dialogue) alongside her co-writer Buckley (Sam Claflin). “Married” to a struggling artist, the job is a financial boost…they need the money. As the project takes shape, they cast aging star Ambrose Hilliard (Bill Nighy in another hilarious turn) to round out the performers. As shooting progresses, Catrin is drawn further away from her boyfriend and closer to Buckley, but the film doesn’t conclude in typical Hollywood fashion, which deepens its appeal.

Based on a book and script written by women, directed by a woman, and with women in multiple above- and below-the-line roles, Their Finest practices what it deftly preaches. Set in 1940s Britain, women have a particular function and taking over the writing and production of a feature film isn’t one of them. Men lash out at Catrin at every turn or expect her to make tea and keep the office tidy. As her colleague tells her, men are anxious because they are afraid that, after the war, women–mothers, daughters, sisters, spouses–won’t go back into the boxes they created for them. But director Lone Scherfig also mines these frustrations for humor along with the political/cultural commentary. The bulk of the comedy comes from Nighy’s character, who struggles to accept that time is quickly passing and fulfills all the Hollywood stereotypes about actors that have held true since the beginning of cinema.

Their Finest feels even more timely given our current “debate” about and concern for facts, truth, and alternative facts. Quite unlike the current administration, Their Finest suggests that true stories don’t always have to be factual to inspire a nation, but they damn well better be honest. 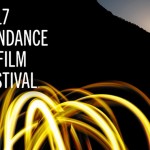 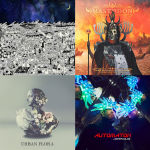