Seeing the Unseen in MOONLIGHT

Film has the power to make the invisible visible. It can also force viewers to witness what they have previously refused to see. The critically-acclaimed Moonlight (winner of 3 Academy Awards including Best Picture) does just that, transporting viewers to a place and time and into peoples’ lives that aren’t often the subject of most theatrical releases.

A timeless story of human connection and self-discovery, Moonlight chronicles the life of a young black man, Chiron (played at three points in his life by three different actors), from childhood to adulthood as he struggles to find his place in the world while growing up in a rough neighborhood of Miami. At once a vital portrait of contemporary African American life and an intensely personal and poetic meditation on identity, family, friendship, and love, Moonlight is a groundbreaking piece of cinema that reverberates with deep compassion and universal truths. Anchored by extraordinary performances from a tremendous ensemble cast, director Barry Jenkins’ staggering, singular vision is profoundly moving in its portrayal of the moments, people, and unknowable forces that shape our lives and make us who we are.

A recent screening, hosted by My Brother’s Keeper, included a Q and A panel with playwright Tarell Alvin McCraney (on whose play, “In the Moonlight Black Boys Look Blue,” the film is based), director Jenkins, and stars Mahershala Ali and Naomie Harris. Their conversation speaks volumes to the church, especially as it continues to come to grips with its own responses to and engagement with LGBTQ communities.

Much of Moonlight is inspired by McCraney’s own upbringing and experiences in a poverty-stricken community overrun with drug dealers. Having moved out of that community, he realizes that he is now “surrounded by people who do not look like me, who do not come from where I come from, who do not socially locate the way I do, and do not have the same anxieties that I have in the world.” Like Chiron, McCraney’s mother was a drug-addict, and a drug dealer stepped into his life as a sometime father figure, even teaching him how to ride a bike. As the years have passed, McCraney “felt these people slipping away like sand” and knew that he “had to tell this story to show the world that they exist.”

Ali plays Juan, Chiron’s mentor, one of the more complex characters to grace the screen this year and for quite some time. As he mentors and cares for Chiron, yet sells his mother crack, Juan proves that we are all, at some level, victims and violators, individuals in need of redemption yet capable of transforming the lives of those around us for good. Ali praised the rhythm of McCraney and Jenkins’ script and talked about “being a servant to these characters and their stories.” Ali, like his colleagues, was and is drawn to the power of the film to lead to deeper conversations and greater empathy: “People need to take a minute after Moonlight,” Ali quipped.

As someone who doesn’t even drink alcohol, Harris found it difficult to inhabit the role of Paula, Chiron’s crack-addicted and verbally abusive mother, who, essentially, abandons him when he needs her most. Harris talked about finding ways to sympathize with her character: “How does someone become addicted?” Harris remembered that hurt people hurt people and realized that Paula’s abuse and neglect of Chiron likely came from a place of deep personal loss and pain.

In each case, be it McCraney’s writing, Jenkins’ direction, or Ali and Harris’ performances, Moonlight refuses to fall into political or ideological trappings. It is a deeply human narrative, a beautiful and tragic love story. It shows us images that we don’t often see at our local movie theaters: caring gangsters, young gay black men, relationships between two men or a man and a woman that aren’t fetishized or hyperbolized. It gives voice and light to the lives of quiet desperation that so many young LGBTQ individuals lead across our country.

Ali talked about preparing for the challenging role of Juan, and a desire fueled his performance: “I thought about interactions with children and young people. I never want to walk away from an encounter without them feeling uplifted.” This, as much as anything, gets at the heart of Moonlight, a film that depicts bleak situations with such honesty and integrity that its uplifting conclusion doesn’t feel like a betrayal, but rather a transformation. 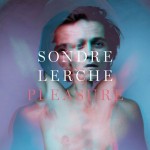 March 6, 2017 “Goodbye, Pleasure, I Must Be Getting On…” - A review of Sondre Lerche’s "Pleasure"
Recent Comments
0 | Leave a Comment
Browse Our Archives
Related posts from Pop Theology