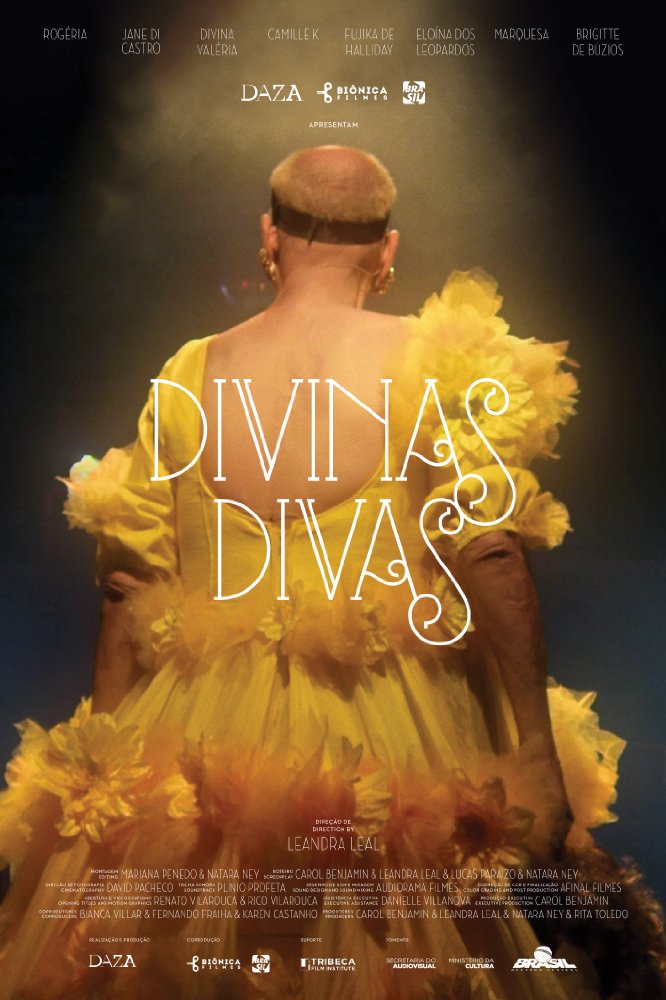 Anyone who has seen the legendary drag documentary Paris is Burning with Dorian Corey knows old drag queens can be sacred sages. During one of the last scenes of that film, Miss Corey shares a lifetime of wisdom in the few moments it takes to blend her eye shadow and glue down her false lashes: “Everybody wants to leave something behind them—some impression, some mark on the world. Then you think…you’ve left a mark on the world if you just get through it.”

Divine Divas, a new documentary by Leandra Leal that premiered at South by Southwest, lets us revel in the wisdom of a group of senior queens who lived it all and survived to tell about it as performers in Rio de Janeiro in the 60s and 70s.

Leal’s grandfather Américo Leal owned a club in Rio called the Rival Theatre. Of course Rio is known for its showgirls, shimmying to a samba beat from Carnival to the stage in barely-dressed splendor. But the Rival was the first stage in the 1960s to include what were then called “transvestite performers.” The film tells us the life stories of eight of these legendary stars as they get together for one last show.

As the seasoned performers work with the choreographer and music director to prepare their revue, we hear their stories in interviews illustrated with flashback photos and films from their glory days. Seventy year-old hips don’t wiggle like they used to, but as one famous queen, Rogéria, tells us about her performing philosophy: “Beauty is only skin-deep. It’s got to come from the inside.” Or as another queen says, “I didn’t get old, I accumulated youth.”

The Rival queens have performed all over the world, from Paris to New York to Berlin. Their shows went far beyond the “lip-sync for your life” we know from drag shows today, to real singing and dancing revues, sometimes, in the wild 70s, bordering on sex shows. Now, some of them seem ready to hang up their pumps and retire. Others still crave the spotlight, insisting that “the true artist dies onstage.”

Watching them perform now with life stories that are written in the lines of their faces, something transcendent emerges. As one of the girls, Camille, tells us, “I think art is too divine to be normal. I think all artists have a different lighting…I think some different light from God penetrates, a different spirit.”

The suffering these showgirls share with the audience is heart-rending. Sometimes they were rejected by family, beaten and harassed in the streets, or went hungry between gigs. But for them the sacrifice seems to have been worth it, to be bathed in the divine light that God reserves for true artists – too divine to be normal, indeed.