You have to watch a film like Stranger Fruit through two lenses to appreciate its flawed importance. It was one of the most buzzed-about films leading into SXSW. It will be interesting to see how viewers respond to it and, more importantly, what, if any, effect it has on the Michael Brown case.

In August 2014, officer Darren Wilson shot and killed unarmed eighteen year old Michael Brown in Ferguson, MO, sparking a series of global protests that ultimately birthed the Black Lives Matter movement. It was another instance in a long line of young black men dying at the hands of armed police officers. While Officer Wilson and his colleagues hid behind a code of silence constructed around his perceived threat of bodily harm or death, multiple witnesses and a mountain of physical evidence strongly suggest that Officer Wilson shot Michael while he was retreating. A Grand Jury ultimately found Officer Wilson innocent, leaving Michael’s family, friends, and supporters searching for justice. 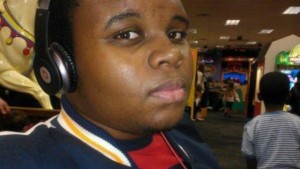 Enter filmmaker Jason Pollock whose passionate, rigorous storytelling resulted in the new documentary, Stranger Fruit, which reopens the case, examining both the government’s involvement in what amounts to a cover up and the media narratives around the tragedy and the subsequent protests. Pollock also introduces a key piece of evidence that changes so much of the story, video footage of Michael exchanging weed for cigarillos at the corner market the night before his murder. What was described as a robbery was nothing more than a misunderstanding by the clerk on duty. The film also reveals, repeatedly, that Officer Wilson was unaware of the police call for a robbery suspect, which makes his encounter with Michael another case of police profiling that went tragically wrong.

Pollock’s film is vitally important in our world of fake news and half-assed reporting. His long-form storytelling and detailed investigation revels in hard evidence more than it does speculation. Moving forward, we will desperately need voices like Pollock’s and McSpadden’s, both of whom refuse to let Michael’s death fade into obscurity. However, the great strength of Pollock’s filmmaking–his passion–is also its greatest weakness. Pollock puts too much of himself into the film, namely as its narrator. The tone of his narration shifts from one scene to the next, which distracts from the story he’s telling. Thankfully–and hopefully–this is something that can be addressed before the film receives the wide release it needs.