An American Muslim’s Reflections on the U.S. Capitol, Obama, and Moving Forward Together

To witness President Obama give his inaugural address on the steps of the U.S. Capitol on Inauguration Day holds a particular significance for me as an American Muslim of African descent.

My family—my husband, our two daughters, and me—watched the address on television. We wanted to be in Washington but God’s plans kept us home in Virginia.

Our star of freedom was born in 2008, the same year that Obama was first elected president. To this day I vividly recall the stress of being pregnant during that historic election year, which seemed nearly overcome by anti-Muslim hate, racism and rabid xenophobia.

But America prevailed—as always. The nation eventually moved forward, all of us together.

The significance for me goes beyond the fact that Obama, too, has African and Muslim heritage in his own family. You see, the very building from which he spoke has a great connection to those ties in ways most Americans are unaware.

Slaves of African descent did the lion’s share of work to build the U.S. Capitol; they “cut the logs, laid the stones and baked the bricks.”

Some of them were of Muslim heritage no doubt; after all, historians agree that 15-30 percent of the Africans enslaved in America were Muslim.

One Muslim enslaved in America was the African-born, Arabic-speaking Yarrow Mamout, who was held in bondage for 40 years before he gained his freedom. As a freedman, he lived in the Washington, D.C., area and even invested in one of Georgetown’s earliest banks.

It was said of him, “He professes to be a [Muslim], and is often seen and heard in the streets singing praises to God – and, conversing with him, he said man is no good unless his religion comes from his heart.”

A portrait of Yarrow Mamout, painted in the early 1800s, was first displayed in the nation’s premier museum, located in Independence Hall in Philadelphia, in the same building where the Declaration of Independence and the Constitution of the United States were drafted just a few decades earlier.

I wonder what this freedman would think of our shared history within the U.S. Capitol and the Christian president we now have who shares his heritage.

It is in the U.S. Capitol, on whose very steps President Obama stood Monday, that President Thomas Jefferson attended church services in 1802 with a sermon given by John Leland, a Baptist leader whose years-long fight for religious freedom included ensuring that Muslims could hold “any office in the government, without any religious test, to make them hypocrites.”

It is in the U.S. Capitol, where the Old Supreme Court Chamber is located, that former President John Quincy Adams argued passionately before the highest court in the land for the freedom of the illegally enslaved Amistad captives in 1841. These Africans—men, women, and children among them—were described by a U.S. senator, later to become secretary of state under President Lincoln, as all being able to speak the “Arabic prayers, from the ritual of the [Muslim] faith.”

It is in the U.S. Capitol that U.S. Congressman Horace Mann, frustrated with slavery still being legal in America, declared on the floor of the House of Representatives in 1850 that Islam “precedes Christianity, and sets [for] it an example of virtue.” Various Muslims powers in other parts of the world had ended slavery before the United States, which frustrated many American leaders who believed that America should be superior in moral high ground when it came to slavery.

It is in the U.S. Capitol that U.S. Senator Charles Sumner praised Islam from the floor of the Senate in 1860 for its position on just treatment of slaves and preference toward emancipation. In the Qur’an, the legendary Senator told the members of Congress crowded in to hear him, “the lash is not allowed to lacerate the back of a female…no knife or branding-iron is employed upon any human being to mark him as the property of his fellow man …the master is expressly enjoined to listen to the desires of his slave for emancipation.”

Unfortunately, most Americans, including Muslims and African Americans, are completely oblivious of this history, the full depth of which has only begun to be uncovered.

I thought of all of this on Inauguration Day as I held my little “star of freedom” in my arms and watched the address on TV.

Naturally, my mind could not help but linger on the deeper meaning behind President Obama’s powerful words from the steps of the historic U.S. Capitol:

“Through blood drawn by lash and blood drawn by sword, we learned that no union founded on the principles of liberty and equality could survive half-slave and half-free. We made ourselves anew, and vowed to move forward together.”

My own history as an American—inextricably intertwined with two of America’s greatest struggles early on: the fight for religious liberty and for the inalienable right of liberty, for all human beings, to be applied to all in this nation—is proof enough that it is possible.

Of course, we still have a lot of work to do. 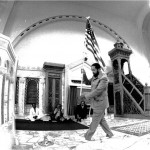 October 17, 2012
Pay it Forward: The Elders, the Muslim Historian, and Obama
Next Post 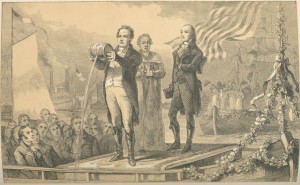 Muslim
A Muslim in a New York State of...
Muslim History Detective 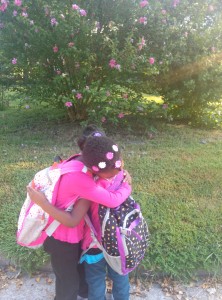 Muslim
The Things We Carry in a Time of...
Muslim History Detective 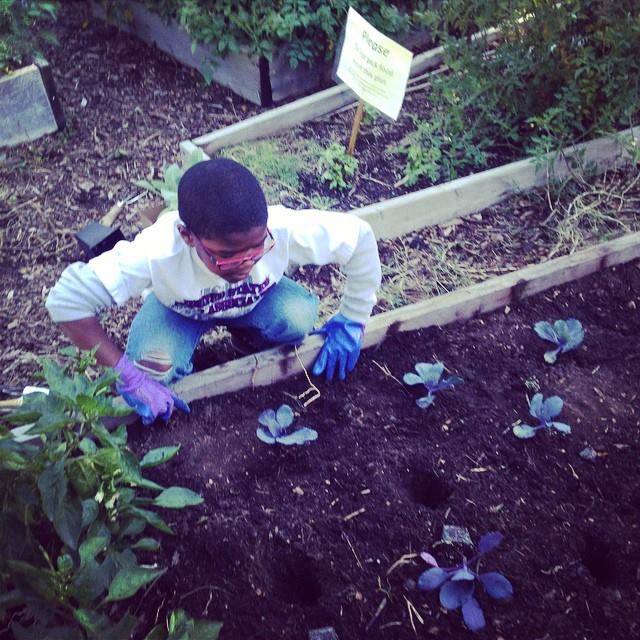