Perfection, Anger, and the Cover of my Book

Perfection, Anger, and the Cover of my Book October 18, 2016 Anne Kennedy

“Boy,” I said to a friend yesterday evening, “I botched the glorious reveal of my cover today.”
“Given the title of your book,” she said, “that’s oddly fitting.”

Indeed. I like to think I have my life together, but really, there’s no way I do. Whether in keeping the kitchen sort of clean, or remembering to read the bible and pray every day la la la, I cannot do even the simplest of tasks to the level they deserve or require that I do them. And that is the point. We can’t do it. We can do some of it, some of the time, to some level of competence. But we can’t do all of it, all of the time, to perfection.

Why the desire, the quest, for perfection? I think it’s because I wish very much, in my soul, not so much to be God, but for God to congratulate me for being me on my own terms. It’s not that I want to sit in God’s place, but that I’d like to sit next to him, practically equal, seen by all for having it together. When God says to me, “well done” I chafe that first I had to suffer the humiliating defeat of being rescued. After the rescue I’m given the chance to do stuff, to do work, but all the work is a constant reminder that I was perishing. This does produce gratitude, as it should, but always with a measure of backchat, from me to God, me still wishing I could have it together all by myself, like some arrogant toddler.

This is a mercy, of course. If I were really perfect I wouldn’t have any friends and I probably would have destroyed the world. Which is the opposite of true perfection–which doesn’t tear down for personal glory, but rather builds up for the glory and honor of another. God has been very merciful to me, thwarting my true inclinations at every turn and replacing them with humiliated frustration.

So anyway, the reason that the book is called Nailed It: 365 Sarcastic Devotions for Angry and Worn Out People is because I am endlessly charmed by the conversant relationship between God and people like me. I am angry with God some of the time. I deserve for him to be angry with me all the time. But he absorbs that anger, that wrath, in himself. And then sometimes I’m still angry. But ultimately not too angry. Mostly surprised.

As for the cover, I hope the artist, Amanda Roundtree, will soon have a website or some other way for you to know more about her. She perfectly (honestly, wish it could have been me) captured the entire expression of the book in the face of Jael. So really, you could read the book, or you could just look at the picture, because it’s the same thing.

What about if you’re saying to yourself, I’m not angry and I’m not worn out either. In that case, you might Ike to give this book to your angry friend. And really, even if you don’t feel angry a lot or even some of the time, isn’t anger sort of always hovering in the background–of our culture, of the Internet, of the grocery aisle? Isn’t it crouching like a predatory beast, ready to leap in and eat up something that should have been peaceful or characterized by joy? Maybe it’s not anger. Maybe it’s disappointment, or depression, or low level irritation. For realz, has anyone gone through this endless election season and not felt a twinge of anger one way or another?

If you want to know what I’m angry about, it’s my inability to get pictures to go with posts. Occasionally I make a picture go with a blog post and then everything goes awry. This is primarily because I’m blogging on an iPad mini and so haven’t been able to figure out how to name pictures so that they won’t jump around. But also, Facebook, in its pure angry hatred of me personally, often comes in like a foul creepy gnome and just randomly changes the pictures. I’m going to keep bashing away at this problem, but do know that I will continue to fail until our Lord returns to burn up the Internet and this device with fire. I’m praying that only my hair will be singed in that alarming moment.

And so, finally, here’s how you can order my book. Later it will be available for preorder on Amazon. Not sure when, but hopefully soon. God, in his perfect wisdom, seems to have arranged it as a consolation for this election season. Whereas I was only hoping you’d have it in time for Christmas. Hope it turns out to be a help and comfort in times of anger, exhaustion, and distress. 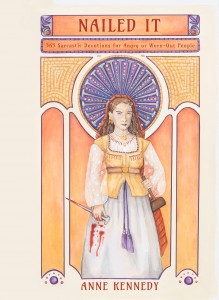 October 17, 2016
Why Yes, She is Holding a Sharp Implement
Next Post

October 19, 2016 Here, Let me Solve the Loneliness Problem
Recent Comments
0 | Leave a Comment
Browse Our Archives
get the latest from
Preventing Grace
Sign up for our newsletter
POPULAR AT PATHEOS Evangelical
1

The Last Time We Had a...
Cranach
Books by This Author Books by Anne Kennedy 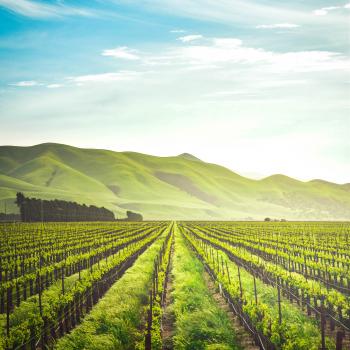 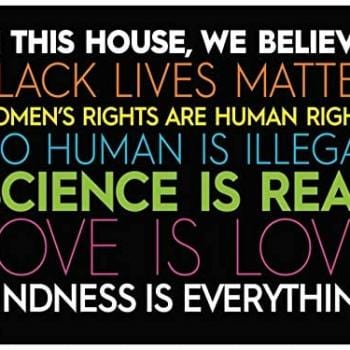 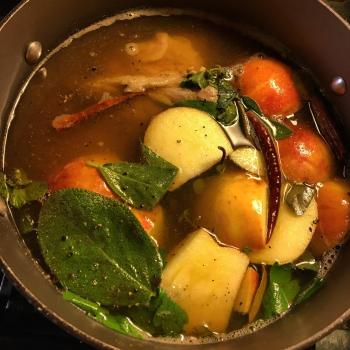