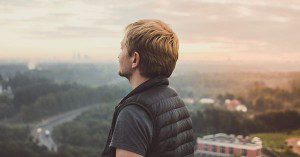 This might be a pugilistic week for me. I have a thousand contrary thoughts about everything, and from all my too much time spent online, I can see that I disagree with all my friends about everything. Starting, probably, with the Gillette advertisement, and that business about the APA casting the masculinity as a mental health issue. To which, of course we can say, it sure is, but also, probably not in the clear cut obvious way the APA imagines.

There’s a lot to like about the Gillette ad. It starts out with the old jingle—Gillette, the best a man can ge-e-e-t—and then cuts to a bunch of tragic scenes. Cyber bullying, #metoo reporting, a line of men with their grills, shrugging their shoulders and mouthing ‘boys will be boys,’ and lots and lots of misogyny and sexual harassment. Then a clean-shaven man adopts a determined air, the music lifts, and lots of men begin taking responsibility and policing other men who are still Neanderthals. There is the appeal to our future—boys will someday be men—and scene and cut. Or rather, lots of music, but still no razors.

I’m always on the lookout for a good razor, and based on both the wokeness of the ad, and the total absence of any men using a Gillette razor, I will probably not rush out and buy a Gillette razor (guilty secret, men’s razors are so much better than those marketed to women, because of the Patriarchy I think). But not because I’m a bigot, just because I…oh never mind.

Anyway, the ad is right about a lot of things, but they, just like the whole culture, don’t know why they’re right, and they certainly have not a single iota of an idea of what to do about it.

The main way they’re right is that the cultural acceptance of a ‘boys will be boys’ attitude turned out to be a drag. Boys should be allowed to be boys, but that’s not what ‘boys will be boys’ means. ‘Boys will be boys’ is the Man Show brand of ‘masculinity.’ If you were ever out looking for toxicity, there it was. I particularly loved that segment of the Man Show (which I did watch once or twice in horrified fascination) that featured a more than usually large boy being trained up in the way he should go. He was sent out with a camera crew, and would sidle up to unsuspecting women, and say something foul.  Then everyone in the studio would laugh. In this way the distinction between the bad shocking behavior of the man, and the supposed innocence of a boy, was deliberately blurred. Man (get it), those were the days.

The distinction between man and boy is a good one though, on its own. Boys should be growing up into men, but that process takes patience. They start out as infants, grow slowly, and end up as men. This, and I know this is shocking to say, happens with girls as well. They begin as babies and then slowly grow up—oh never mind.

I don’t think it is too controversial to observe that boys once were allowed to play and be aggressive in certain acceptable ways—like with kick the can and baseball and stuff. The very different temperament and inclinations of boys used to be socially acceptable. There was room for them to walk haltingly in the first tottering steps of real masculinity—all with an eye toward the fact that they would eventually grow up to be men who got married and got jobs and had children and showed up to do their honorable and respectable duty.

I say ‘used to’ because of course the past wasn’t golden, and misogyny has always been the way, ever since Adam stared out of his bored eyes at Eve and decided he just didn’t care that much. But there did used to be a cultural distinction in the west between the Man—who was reviled when he was a low wretched creature, and honored when he did his duty and sacrificed himself for the sake of others—and a Boy who was supposed to grow up into that second kind of man.

Then everything comes into a muddle. Women became enamored with the idea of free sex, and so did men actually, and now sex is the only paper bag out of which men and women are trying to climb, and it is not going very well. Everyone sees how ugly it is, but no one knows what to do about it. And that not knowing is turning out to be one big giant humiliating scold.

Every time I see a tweet that starts with, ‘Men need to…’ I die a little inside. And I’m a woman, so I can’t imagine how it must be for the ordinary guy out there looking for a stupid plastic, but slightly more expensive, razor. If I hate being told how I need to be and how I need to feel and how I need to act, and I am only, cough, a woman, how must it be for all the men? Most of whom, incidentally, have grown up thinking that almost all women like free sex, and that they themselves would love to have free sex, and what’s the point of having a job anyway, when the gig economy is so rife with possibilities.

I watched a long video of a man decrying the reality that it is no longer acceptable for a man to go up to an in-real-life woman, unmediated by an app or the internet, and say something like, ‘May I buy you a drink?’ That used to be a thing, he insisted. Real life relationships used to be a thing. To which I repost, yes they did, but the drink isn’t just a drink, is it. How is she to know that it is just a drink? It is much more likely to be ‘just a drink’ and then ‘just a pop home for something immoral,’ and then she ‘just never sees you again’ and certainly she ‘just doesn’t get married.’ On the other hand, maybe she doesn’t want to marry you, because maybe you are still a boy and not a man, and also because of the awesome-sauce gig economy.

What was it that singer suggested? That really famous one who was so wonderful. She spelled out a word very slowly in the middle of a song. R E S P E C T. One of those ancient gifts that you give to other human people when you are trying to treat them like people and not like throw away objects of sexual desire. So the advertisement in that sense is very right, but also not really, because no one is suggesting that the free sex part of the whole society is still the bad idea that it was in the first place. Whenever something is free, you should always ask, ‘But how much will I have to pay for it later on in heartbreak, guilt, and misery?’

We walk in dangerous, if interesting, times. And that is because the people who really need to be told something are usually not the ones listening. When you preach against gossip, none of the gossips hear you because they are too busy thinking of all the other people who need to hear the sermon. When you scold men, the ones who really take it to heart are the ones who already feel unhappy about the unkindness of other men. They are often mild mannered and maybe even shy. They have sometimes already retired into the background and are ready to apologize for their very existence.

Even more, there is nothing redeemingly beautiful about a scolding, woke, philosophically incurious mob. They lack, what do you call it? Finesse? Nuance? Kindness? The same respect that they themselves are demanding. The number of tweets bashing any man who might have watched the Gillette commercial and felt the usual helplessness of one’s own humanity called into fundamental question is not likely to make those men behave any better. Women don’t like it. I don’t like it. Why on earth would men like it? That doesn’t ultimately produce the change of character everyone so longs for.

Furthermore, children and young people pick up on these things. It is a common joke in our family—the one about ‘toxic masculinity’, and the other one about ‘mansplaining.’ Occasionally I stop the joking and momsplain, ‘You are not toxic…do you know that? You are not toxic. Being masculine is not toxic.’ I say that because my boys are kind and interesting and good, and I don’t want them limping along, afraid and anxious, through their very lives. I want them to rise to the challenge of being human, and being able to respect and honor other humans, especially their multitude of sisters. And also, their father gave them actual swords for Christmas, so everything is so much more exciting.

Christianity used to be good at this. Men being men. Women being women. Jesus being Jesus. The pulpit being the place where all the conviction was laid out, sweeping the stones out of the road for ordinary people to carry on with their lives, confessing their own sin, turning constantly to the cross for forgiveness and help. But now Gillette is the one telling us all how to be. Well, count me out. I’m going to stick to my weird Aldi razor.

January 16, 2019 Why Can’t Eating Bread Be My Spiritual Act Of Worship?
Recent Comments
0 | Leave a Comment
"I'm almost at the end of Green Dolphin Street and I read The Towers of ..."
KS Seven Takes To A Perfect Holiday
"That...was a much more convincing argument for "self-care" (a phrase I kind of hate) than ..."
thebeesnies Anne’s Guide to the Death and ..."
"This was pretty much exactly what I needed to read today. Thank you."
Amy Medina Anne’s Guide to the Death and ..."
"Et ou est le photo du gateau creme glace?"
Kostya2 Two Things on Tuesday
Browse Our Archives
get the latest from
Preventing Grace
Sign up for our newsletter
POPULAR AT PATHEOS Evangelical
1

Why Aren't the Other Slavers Getting...
Cranach
Books by This Author Books by Anne Kennedy

Because We Pray: Medicine Matters
Christians know we are all broken. Nobody is perfect and so no...
view all Evangelical blogs
What Are Your Thoughts?leave a comment
Copyright 2008-2020, Patheos. All rights reserved.