Here, Let My Pry That Weird Meme Out Of Your Soul

Here, Let My Pry That Weird Meme Out Of Your Soul December 3, 2019 Anne Kennedy 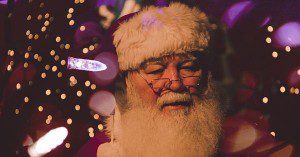 Santa, also known as Father Christmas, not to be confused with Satan, nor St. Nicholas either. It’s not that hard guys.

Now that it is finally advent, I am prepared to devote myself to all the weird things that many Christians think about Christmas—that it’s actually a pagan holiday, etc. etc. And, given that St. Nicholas Day is coming swiftly upon us (Friday, if you’d forgotten), here is something ridiculous. It’s a sort of a poem…you have to read the whole thing, probably aloud, to get the full effect:

Twas the night before Christmas; & strange as it seems
I wasn’t indulging in covetous dreams;
But reading my Bible, I searched for a clue
Why Believers take part in this holiday too.
I plainly could see that it carried His name,
But the spirit behind it just wasn’t the same.
The songs spoke of wise men, of virgin & child,
Of shepherds, of God, and all men reconciled;
But nothing was said of the blood & the cross;
Of repentance, & faith, & of counting the cost.
They sang of the babe, His miraculous birth,
But not of the day when He’ll judge the whole earth.
My Bible said nothing of Santa, or toys,
Of Frosty the Snowman, & small drummer boys.
A reference to Rudolph not once did I see.
But it seems Jeremiah did mention the tree.
I sat & I pondered this curious matter,
When out on the roof there arose such a clatter
That I knew in a moment he soon would be here;
So I prayed in the Spirit & stood without fear.
He slipped down the chimney, quick as a flash,
And stepped from the fireplace all covered w/ash.
There stood St. Nick w/his bag & his beard,
He looked at the Bible I held, & he sneered,
“Another fanatical Christian, I see;
No stockings; no holly, no pictures of me.”
I asked him if Yeshua was God in the flesh,
He said that was something he couldn’t confess.
He said, “I am Santa, I come from afar.”
I stood in the truth – “The Devil you are.
That suit & that beard doesn’t fool me one bit.
Your jolly deception is straight from the pit.
Beneath all your Ho Ho Ho’s Lucifer lurks;
With your all-seeing eyes & your gospel of works
Like a thief in the night you impersonate Christ,
Returning to judge the naughty & nice.”
“So call Christmas pagan,” he said, “That’s O.K.
‘Cause that’s what my sons at the Watchtower say.
You’ll look like a pagan or like a deceiver,
But none will suspect you to be a Believer.”
I said, “I don’t care what your servants will say,
My loyalty lies w/the Ancient of Days.
No matter how many abuses are hurled,
My Bible says be not conformed to this world.
You have no power, & no part of me,
So I stand on God’s Word, & command you to flee.”
He squealed like a pig that was stuck w/a knife.
He ran to the chimney & climbed for his life.
And I heard him exclaim, as he drove out of sight,
“Merry Xmas to all, & a long, dark night.”
– Author unknown

Vain, self-righteous virtue-signaling aside, for real, I love everything about this. But, in the interest of sanity, let me confine myself to the three things I love the most.

First, I adore that the person working on these dulcet rhymes is just getting everything from the Bible and is, therefore, completely consistent in all—shall we say her?—systems of belief. See, if you read the Bible, you won’t do or believe wrong things, because, obviously, if you know better, you do better. It’s like a sort of magical charm that you can wear (the Bible I mean) that protects you from idolatry and stuff. Anyway…

Second, I love jumbling the whole history of salvation into one day instead of spreading it out over a whole cough—church—cough year. So, you know, you can celebrate the incarnation in December knowing that in a few short months you’ll be celebrating the crucifixion and resurrection in March or April and then after that, in May, Pentecost. Everything comes along in due time. Of course, Christians do relish some minor keys at Christmas, knowing that the baby will grow up into a man who will die. In the same way that Good Friday is one of the happiest days of the year, that God accomplished our salvation at such a cost. You look sad and repent of all your sins, but honestly, you’re so happy. Seriously, there is plenty of time for all these things. You can walk in the way of the gospel over and over and over again, tracing the life and work of Jesus Sunday by Sunday in church where the Bible is, get this, read and exposited by people who are paid to study it and aren’t supposed to just make stuff up or draw pictures like this one: 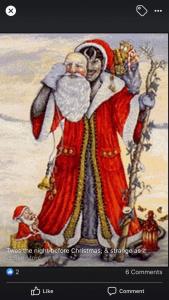 Third, I need to annesplain for a minute so bear with me. So, there is “Father Christmas” who comes at Christmas. Some people confuse this person with St. Nicholas—and why wouldn’t they, because it is so confusing. Father Christmas is actually a fairy or an elf or something, I’m not sure. He lives at the North Pole either with the North Polar Bear or brownies or elves or whatever you want to call them. He comes on Christmas Eve in a sleigh through the sky down people’s chimneys and puts toys in children’s stockings which, in point of fact, in no way resemble shoes, not in the slightest. Father Christmas is magical and derives his strange abilities from, well, best not to inquire, pretty sure it’s not the Spiritual Forces of Wickedness that Rebel Against God, but more the hearts of parents who are turned towards their children and who know that mystery and wonder are essential parts of love. So that’s Father Christmas. My favorite manifestation of him is Death.

Father Christmas should not be confused with someone vastly different, who doesn’t resemble him at all, who comes much earlier, who is quite thin and perhaps even scarred. That is, St. Nicholas. St. Nicholas was at the first council of Nicaea in the year 325* and punched Arius in the nose for being a heretic because God loves the church and strengthens the hands of his servants to defend it against all comers (and maybe even terrible poetry). St. Nicholas is allowed out of heaven on December the sixth, and sometimes on the Sunday closest, to put chocolate coins in the shoes of believing children, and to hand out oranges and chocolate after the Creed, the veracity of which he so valiantly defended, and before the celebration of Holy Communion. St. Nicholas wants children to love the church as much as he did—I mean, does, because he is still very much alive as all Christians are, kept safe with our dear Lord until he, the Lord that is, comes again.

So there you are. It does take a bit of untangling, but it’s not too hard. On the thirteenth of December you can celebrate St. Lucia day by putting candles on the head of your oldest daughter, and trusting to God’s divine mercy. And all through the year you can rejoice in the power of God over not only the darkness of sin, but also the incredibly weird and unhelpful ideas that we all occasionally take up, that have to be pried out of our cold lifeless fingers by the gentle work of the Holy Spirit in the church and replaced with chocolate and a sugared bun.

*See, Christianity wasn’t born yesterday in an Internet meme. It’s been around for a while and its life is bound inexorably to the church. More on this another time. 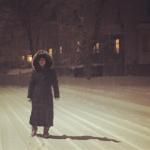 December 2, 2019
God Is Not Weird Podcast and Links
Next Post

December 4, 2019 Witless Wednesday: The Morning Routine
Recent Comments
0 | Leave a Comment
"Anne, thanks for writing this. I had also read Nieuwhof's article yesterday and was puzzled ..."
J Aulthouse The Coming Deluge
"To your point on the Piper article and not repenting ...Joseph Hart's lyrics come to ..."
Natalie Noles What Shall We Talk About Podcast ..."
"Happy Mothers/Birthing Persons Day. Speaking as someone who is someone's child... It can be easy ..."
axelbeingcivil Happy Birthing Person Day
"I mean... Speaking as someone who considers themselves solidly on the progressive left... Sod Bill ..."
axelbeingcivil An Egalitarian Patriarchy
Browse Our Archives
get the latest from
Preventing Grace
Sign up for our newsletter
POPULAR AT PATHEOS Evangelical
1