It Happened So That He Could Display The Works Of God 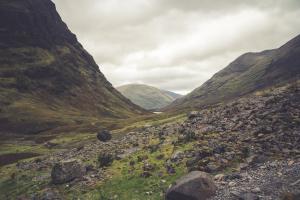 I’ve spent the last forty-five minutes reading two kinds of articles online—the ones that rage that this is completely overblown (I’m not going to bother to say what This is, I expect the entire world knows), and those that holler that we aren’t panicking enough. In between, I read articles about whether the church is literally giving up and dying, or whether it is doing entirely the right thing by making everyone stay home today. I scrolled and scrolled in that more dispassionate way I have developed in the last week, and then went back and refreshed the COVID-19 counter, and the map. Pricking at the back of my mind is the sadness of having the thing that I have said every Sunday for what, years now? snatched away from my fingertips. “Go to church,” I’ve said, “it’s necessary,” I’ve said. What is there to say now?

Without missing too much of a beat, I am happy to say, “Turn into your own church’s Livestream.” Literally every church is online now. Turn it on and listen to what your pastor has to say to you. Hopefully, you’ll hear the lections for today which include 2 interesting texts that I wouldn’t have thought to put together, but which, like most of the Bible, work out fine. One is unduly epic, Psalm 23, which most people have at least heard at a funeral,* and the other is John 9.

You know that painful chapter, go look at it now because you don’t have to rush around and fly out the door. You can loll about before tuning into your own–did I already say that?-–church’s Livestream. There is a dolorous cast of characters in John 9. There is the man born blind, a detail that becomes theologically meta as the story unfolds. There are his parents—desperate people caught in between two differing opinions. There are Pharisees being their usual stubborn selves. And finally, there is Jesus.

The first paragraph sets up the scene and is instructive no matter what you think about God or yourself. There the blind man sits, and the disciples of Jesus, seeing him, posit an abstract theological question, like so many, like everyone is doing on the internet now, trying to sort through all the confusion. “So Jesus,” they ask, hoping to come off both as clever, and maybe with an answer, “why is this guy blind? Whose fault is it? Who can we blame? Who did the wrong thing? Was it him? Even before he had a chance to be born? Or did his parents do something?”

The question of blame is always pertinent. Our culture likes to think that if a person has the right information, that person will do the right thing. If you know better, you do better. Knowledge is power, etc. Truly, the world conversation this week (and how united we all are in at least wanting to blame someone in this bitter time) is Whose Fault Is It. Where did covid-19 come from? How did it spread? Why are so many people getting sick? Who shall be made to take responsibility? Of course, most of us are only able to ask this question when it is far gone, when the moment is late, when the day is far spent and night is looming, when knowledge isn’t power, when there isn’t anything to be done either way.

The man is blind. Too bad. Still, it would be nice to know why.

Jesus, who so often doesn’t answer these kinds of questions, does here. “The reason he is blind,” says Jesus, “is because God is going to display his works. Then he calls himself “The Light of the World,” as if everyone standing around him could use some amount of light, as if they themselves are what? Blind?

If Jesus had tweeted his “display the works of God” remark, I would imagine he would be ratioed. To take responsibility, to take the whole matter into his own hands, to explain that God knew all along, that God had organized things so that he could “display his works”—how can I say it? I lack for words. No one wants this kind of God.

So, Jesus makes mud and anoints the man, who, you must remember, had not asked to be healed. He was only sitting there as this theological conversation spent itself, nor counted the cost. There he is, helpless, absent faith or perhaps even interest. The mud is smeared and caked, and probably instantly dries, and then he must get up and go wash in the pool of Siloam. Someone surely had to help him up and propel him along, unless he knew the way by feel. Several verses later John tells us that Jesus did this on the Sabbath, sticking it in the eye—as it were—of the Pharisees.

If you’ve read the Bible with any kind of diligence, you will know that there are many kinds of miracles in the Old Testament, even and including people being raised from the dead. Lepers are restored, oil is multiplied, rain is stopped and then started again, babies are brought forth. But no one is healed of blindness. The promise is made a couple of times, but no blind person has his sight restored. That miracle alone is saved for Jesus, who does it in his own time, in his own way, without consulting anyone, including the blind man. In order to “display the works of God.”

The Pharisees, as we expected them to be, are put out. The neighbors and “others” gather up the now seeing man and take him to be interrogated. Now the fun begins. Now the trial will unfold. Surely, once all the evidence is gathered, judgment will thunder. Also, everyone just wants to know what happened. The man is made to tell his story over and over. And, in the telling of it, two things happen. His spiritual eyes are opened, he sees Jesus, and the spiritual eyes of the Pharisees are glued shut. By the end of the account, even if they wanted to see, which they don’t, they wouldn’t be able to. The once blind man and the theological rulers of Israel switch spiritual places, the man is cast out, and then, at the very end of the chapter, Jesus finds him and welcomes him into eternal life.

And then the reader sits in horrified discouragement over the text because it turned out that The Light, Jesus himself, bent on “displaying the works of God,” has been sent “as judgement” into the world. In the trial that just unfolded, where evidence was gathered and weighed by those who knew the most, in a final twist, it was actually Jesus who was the judge, and his light illuminated the thing that none of us really want to face—the Truth.

“Yea. Though I walk through the valley of the shadow of death,” cries David, who knew what fear and darkness and death really are, as each of us do. It is just and right that real physical blindness stands as the great Metaphor for the spiritual darkness, the land of the shadow of death, that is the property of being human. We don’t know. We can’t see. We have to go stumbling along, doing our best, not sure if what we say should happen really should, or will. We grope along, keeping a hand on the wall, hoping that a serpent won’t bite, that light will eventually illumine our deep darkness.

This metaphor is useful because it works for every layer of the human experience. The human body is shrouded in darkness, though we take all kinds of pictures and do all kinds of tests trying to see inside it. Human community has darkness and blindness at its very root. We try to come toward each other, but all our connections are obscure, murky, complicated. No matter what it is—government, family, the soul, where all the loo paper is being stored, how an unseen virus can spread across the world, life, death—it is all shrouded in mystery, it all sits helpless in the valley, dark clouds obscuring the light and warmth of the sun. We look up to the hill, up to the sky, we light candles, we rearrange our furniture and refresh the feed for more news, but we do not have the Light we need to really know, to really be healed.

It takes God himself, who is determined to “display his works,” to come down into the valley with his own light. He does this, he comes to you, though you did not ask him, and opens your eyes. He stays with you so that you “fear no evil,” though evil presses all around. He brings you to his own table—a poignant and heartbreaking thought this morning, as we stare at the page and the screen. And what is on the table? What food is there?

So you can’t go to church, this morning, and yet you are members incorporate of Christ’s mystical body, wherever you are. You are not abandoned by your Good Shepherd, nor left in darkness, because he is The Light.

*Pausing a moment to update my own funeral file. Going to save it in several places. 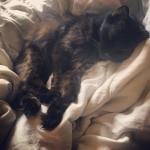 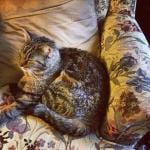 Get Ready for a "Hell of...
Cranach
Books by This Author Books by Anne Kennedy 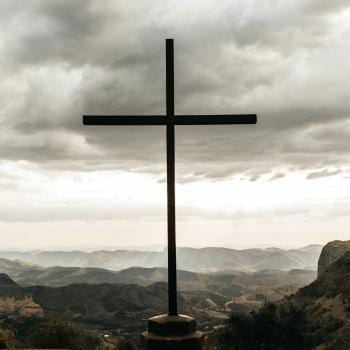 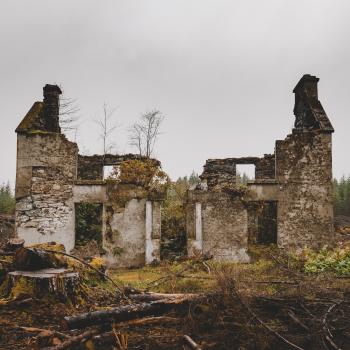 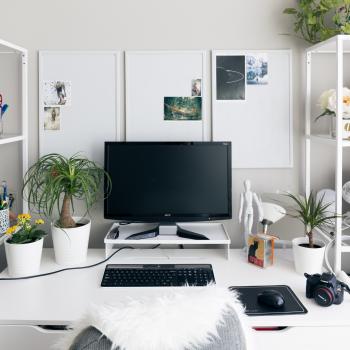 Evangelical
Where Is The Covid-19 MasterClass?
Preventing Grace
TRENDING AT PATHEOS Evangelical