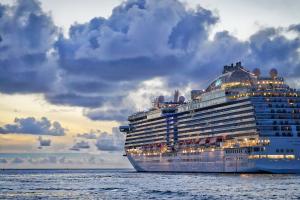 I shoved this in my links yesterday without much comment. I do feel like it is pretty interesting, especially since, several weeks ago, I spent a lot of time thinking about the Karen Phenomenon. I think we did even talk about it on the podcast at one point. I’m very much on the side, as much as possible, and within reason, of a live-and-let-live manner of life, and have therefore appreciated the humor and horror of watching a person who thinks everyone should be behaving a certain kind of way scolding and lecturing all the people who are not conforming to her expectations. The writer of that piece takes a different tack, trying to construct a kindly view of the sort of woman who might end up being called a “Karen.” He writes:

The first thing that ought to be said about Karen is that she is a product of her times, an indelible Gen Xer, equally removed from the self-justifying antinomian spirit of her boomer parents and the ennui of her children. Karen belongs to the first generation of American women who were almost universally expected to work outside the home, not simply as part of “careers” in obviously rewarding professions but in order to make ends meet, something her mother had done, if at all, only after Karen had grown up or else temporarily, if Karen’s father were laid off. In addition to these newfound responsibilities, Karen inherited from her mother’s generation a series of assumptions about domestic work and child rearing that were no longer tenable but which she nevertheless did not question. Karen raised her own children amid the backdrop of an illusory economic boom, an expansion of the range of consumer goods that this country had not experienced since her own parents had been children in the 1950s, and nothing short of a revolution in our ideas about education, health, and safety.

When Karen got home, she vacuumed. When she finished vacuuming, she read John Grisham or slept. When she woke, she parceled out three different kinds of sweetened cereal to her children before loading them in the car for school; with any luck, Ashley would get her shoes on, traffic would be light, and she would be at her desk in time to avoid explaining to her own manager why she was four minutes late. Her husband’s role in all this was to earn the income that paid the mortgage and the car loans and the annual Disney vacation; the Pokemon cards begged for in the checkout line, the McDonald’s receipts, and the occasional guilty CD purchase were all on her, and somehow the credit card bill that made all of them possible was as inexplicable to him as it was inevitable to her. What equipment did Karen bring to parenting at the end of history, to the unheralded cultural revolution she had not asked for? Her neat handwriting, her hatred of bad manners, her unthinking sense of duty, her consistent expectations — Karen’s occasionally harsh treatment of strangers without regard for race or class is refreshingly egalitarian. Karen did not question the underlying assumptions of the age in which lived.

There is no male equivalent of a Karen, he suggests, because of

…the not so surprising reason that when men behave like her they are not doing anything society deems worthy of comment. A man whose defining personality traits are (to quote a professor of memes, something that we have in this country) “entitlement, selfishness, a desire to complain” is not called anything in particular. He is not associated with a particular generation, much less with certain kinds of haircuts. His behavior might be deplored, but it is just as often excused or even lauded according to the logic of firm handshakes. One of the most obvious objections to the Karen meme, then, is that it is just the latest acceptable political outlet for misogyny.

Well now, as Matthew Cuthbert would say, I dunno. I have seen a lot of misogyny, online especially, in the last week or so, and I don’t think this is it. It’s like the writer hasn’t heard of that horrid term, “mansplain” and all the scolding associations associated with it.

Putting that to one side, I do appreciate this and other examinations of the cultural clash that we’re right in the middle of. Or, to put it another way, the very slow turning of a huge ship so that it takes off in a previously unimagined direction. Some people expected it, but not very many. The world went to bed one night in early February, and woke up the next morning to a pandemic, and then a few weeks later to the death of George Floyd, and who knows what else. The sea foams and rages underneath, the people on the boat sway and crash into each other. Some try to imagine that they are not even on the boat at all. Others jump over into the water. Most huddle up at the cafeteria pretending they have stomachs of iron.

What should people be like? What are the cultural norms for public discourse online and in-person? What should any of us be allowed to say? Is a person a fixed being—immutable, like God? Or is identity something to be crafted and shaped by the feelings of a particular hour? Must we all agree? Or will everyone choose alone, unassisted by this ever fractured yet ever more intertwined community?

A few weeks ago, someone said something to me about the way I have, or rather should, order my life–something that I almost did not understand. The sentiment—whether true or untrue—was from a bygone era, the expectation held by my grandparents not even fifty whole years ago (my grandfather turned 99 last week). I realized I was the cow hitting the new fence. Though I had heard of that kind of expectation for the behavior and life of the wife and mother, I had never experienced it in a real visceral way, I had never adopted it as my own. I stared out across the barrier of my own self and made several useless jokes and wandered away to examine my own life. The expectations of the past have never been economically or culturally viable for me. In some real sense—though not at all because I’m not from here—I could easily be a Karen. My expectations are flying off the ship and being drowned in the water, just as hers have been, though perhaps she hasn’t noticed.

Well, I must go do the next thing. One of which is to contemplate the unchanging, gracious character of God, who, though the earth be moved, though the oceans and the nations rage, is still able to understand the heart of humankind no matter what that heart invents or believes.

June 24, 2020 When "Social" Distance and "Social" Justice Fail
Recent Comments
0 | Leave a Comment
"Do you take dish soap with you? Or just rely on the boiling water to ..."
LucyL Some Reasons To Go Camping
"This is brilliant. The fam has been watching the re-make, but I have avoided it ..."
LucyL Of Pies and Men
"The depraved don't know that they are depraved."
Charlie Sutton Don’t Lose Heart
"I'm sorry to hear that (ie 2.) I do hope if you get to enjoy ..."
LucyL 7 Takes In All Directions
Browse Our Archives
Related posts from Preventing Grace