Bilbo’s Birthday and Other Kinds of Toxic Masculinity 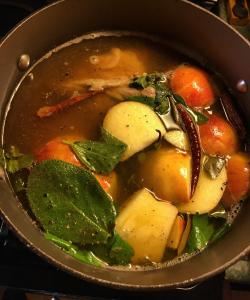 It’s Bilbo’s birthday today, in case you were wondering. I wasn’t, particularly, but Matt has been reminding me every few minutes for the last week. “Bilbo’s birthday is on Tuesday,” he says, “it’s almost time for me to start The Lord of the Rings again.” He reads it every year, see, starting on this day, living as he does in some fanciful world were reading the books he wants is even a thing. I mean, I do get to read books, but I can’t imagine the freedom of mind to read the same book every year for ten or a hundred years or whatever.

Anyway, getting into the spirit of the thing, here is a long and sort of ridiculous, if pretty well-written piece, about a new “feminist” translation of Beowulf, which to me feels peak 2020 if nothing else. Here are some pretty great money quotes:

Just as John Gardner did in his popular novel Grendel (1971), Headley, in The Mere Wife, shows Beowulf through the eyes of the monsters rather than the other way around; her novel reveals that “monstrosity” is a construct born of fear and misunderstanding. For the community that occupies The Mere Wife’s uneasy American landscape, gender and race are ingredients in that construct. It’s suggested (though not specified) that most of the town’s residents are white; Grendel has brown skin. Headley muddles race with monstrosity to suggest how the two conflate in the racist mind.

In her introduction, Headley writes that the tale-telling, historical sections of Beowulf remind her of “sitting at the bar’s end listening to men navigate darts, trivia, and women.” She argues that bro is one of those slippery, powerful words that can be “a means of commanding attention while shuffling focus calculatedly away from hierarchy.” By coding the narrator as a blustering blowhard who sees women as prizes (“The hostess was impressed by Beowulf’s boasts. / Brass balls, if nothing else”), she questions “the ways that men can afford (or deny) one another power and safety by using coded language, and erase women from power structures by speaking collegially only to other men,” as she writes in her introduction. Then she goes one step further, including God in the patriarchal structures that her translation satirizes, cheekily rendering his Old English name as “Almighty Big Boss.”

The translators seem to be in agreement. But when Tolkien encountered orcneas, he used it to name a hideous creature in his modern folkloric epic, The Lord of the Rings, dubbing them “orcs.” Now, I find it impossible not to think of orcs when I read that line: I see them ripping through muddy membranes in one scene from Peter Jackson’s 2001 film adaptation of The Fellowship of the Ring. Orcs are intertextual kin to Grendel, and that influence can’t be undone. Meaning can flow forward and backward over time.

I have a child reading this right now (not her translation, obv., but one of the more usual ones) and fighting his own inner passions, “toggling” (hahahaha) between his great desire to be a decent human being who studies and gets good grades, and his near overwhelming desire to do nothing at all except play D&D.

(I know I’m a bad parent to let my boys play a game that we all knew in the 80s was stuffed full of demons, but times have changed, and the demons have basically been expunged, and replaced with the terrible monster of reality.)

So anyway, this video is fantastic, if you’re interested in the evolution of English. I just listened to a brilliant and timely lecture by John McWhorter about how it’s totally fine to say “Me and the Orcs went to Hrothgar” or whatever, instead of “The Orcs and I.” If you’re casting about for toxic masculinity in this new and terrible age, I recommend his brand for his good sense, humor, intelligence, and voluminous knowledge of all the languages of the world. But Matt’s is pretty good too. He’s going to bake some chickens for luncheon—smiting them, hewing them asunder, seething them, and so forth—before he settles himself comfortably in his chair to enjoy his favorite epic. I guess maybe I’ll go fold laundry or write a book or something.

September 23, 2020 A New Creed for an Unbelieving Age
Recent Comments
0 | Leave a Comment
Browse Our Archives
get the latest from
Preventing Grace
Sign up for our newsletter
POPULAR AT PATHEOS Evangelical
1

Evangelical
What Choice Do You Have?
Preventing Grace
TRENDING AT PATHEOS Evangelical