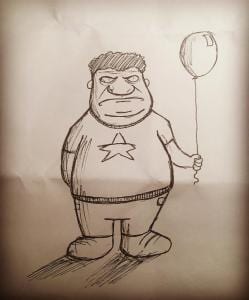 I was going to do another edition to my fantastic youtube channel with this article, but then I just didn’t, did I? I can’t do everything, even by trying really hard. It’s too good to pass up, though, so I’ll just pull out some pretty funny quotes, in the spirit of chuckling over this ridiculous time in the sweeping mess of human history:

And now, by way of a new must-read Daily Beast piece by Aurora Snow, adult film stars are speaking out with a warning on how a Barrett confirmation could mark the latest attempted attack from a religion-obsessed faction on an industry that has long faced pushback from erosive voices.

Mary Moody, a Penthouse Pet and Chaturbate Broadcaster of the Year recipient, echoed these concerns while pointing out that the optimistic approach of assuming Barrett simply set aside her extremist personal beliefs when making judgments is most likely a naive reading of the impending situation. “Her history speaks for itself, and when given the option to rule on cases that will impact sex workers, it is clear she will lean on her radical conservative religious beliefs to aid her,” Moody said. In short, while so-called sexually explicit content—i.e. porn—is indeed protected by the First Amendment, those who seek to dismantle an industry that should remain protected could hide behind the ludicrous argument of obscenity. Obscenity, though not clearly defined, is not backed by the First Amendment.

Be grateful for small mercies, I guess. I finally saw someone on Twitter agree with me yesterday (well, they don’t know that I exist, but someone else is finally saying it). The moment that Mr. Trump won the Republican primary all those eons ago, I said that he seemed to be a fitting icon for the American soul. Not that I don’t love America or anything, but I’d just watched a bunch of Rodney Dangerfield movies, and also was spending too much time online at the time–happens to the best of us. So anyway, it occurred to me that the very best way not to have Mr. Trump would not be to continue to shout about how wicked he was and how he would destroy the whole fabric of American life. That was already clearly frayed, with great wretched holes ripped right out of the middle. Rather, the best thing to do would be for the whole country—right and left—to fall down on their faces and repent in dust and ash, to admit that we aren’t that great. No one took me up on it, unfortunately, instead of doubling down on the idea that it was Mr. Trump who would bring about a further coarsening of American society. But then finally on Twitter yesterday, someone said, “look at who we are,” and then there were some tepid comments in vague agreement.

The thing that I want to encourage myself to do is to, as the Bible says somewhere, is to “leave rage alone.” The best kind of way to constantly be enraged is if you think that everyone else in the world is the problem. Amy Coney Barrett, for example—she’s the problem. Her religious convictions are going to tear the country apart! Leading to further cries of “I just can’t even” and “How will all the men be able to consume the bodies souls of women without any check on their untempered and wicked appetites?”…oh wait, I guess that’s not exactly how the “author” of the piece was putting it.

Speaking as a Christian, and as a woman (don’t hate me for so identifying myself), I’m gonna make the appalling and controversial statement that I don’t think that ACB is really the problem. The best way to get rid of her—or anyone really—is to begin to “leave rage alone.” Simmer down. Take a breath. The reason that things are so bad right now is that human people are sinners. They do bad things—all.the.time. They think wrong and terrible things, like devouring the souls and bodies of others will make them eternally happy. They think that murder in some cases is totes fine. They think that rampant consumerism is not a problem. They think that racism, in some cases, is also totes fine. They think that Moar Socials will heal all our diseases. They—but really We, in a big cosmic sickening sense, need help to climb out of the pit we have dug for ourselves.

Repent and believe the gospel—that’s what you need to do if you want things to get better for you. You’ll have to stop being an “ethical sex-worker” but it will be a small price to pay for an eternity of happiness with the One who made you for better, holier, and more interesting activities.

October 22, 2020 Is The Pope Catholic?
Recent Comments
0 | Leave a Comment
""...One unintended consequence of the government getting involved in everyone’s health care, is that then ..."
Bungarra Are Women Really That Helpless?
"Thank you for this. I was preparing a lesson on Isaiah 58 for last Sunday. ..."
anninarizona The Do-Nothing Bit is a Lie
"I was indeed amused by the decorating ideas! Who would ever have thought of hanging ..."
anninarizona Embarrassed Self-Promotion Podcast and Links
"Ordered your book as a Christmas gift to myself since judging by commercials and my ..."
Jonathan Embarrassed Self-Promotion Podcast and Links
Browse Our Archives
get the latest from
Preventing Grace
Sign up for our newsletter
POPULAR AT PATHEOS Evangelical
1 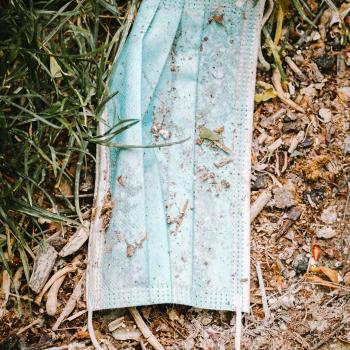 Jollification, First Year, Thirty-Fifth Year
We got out our first Christmas ornament last night from thirty-five years...
view all Evangelical blogs
What Are Your Thoughts?leave a comment
Copyright 2008-2020, Patheos. All rights reserved.