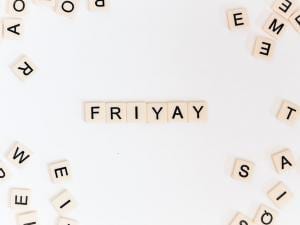 Is it already Friday? Could. Have. Come. Sooner.

So, this has been an exciting week, and not in a good way. I haven’t been able to keep away from the news, much to my own personal sadness, and have not prayed nearly as much as I am always meaning to. The doom scroll was invented for such a time as this. I found myself shouting at one of my older children, “What do you mean you don’t know what’s going on? Are you even on Twitter?” The child looked at me and rolled his eyes. Of course, he’s not on Twitter. He’s seen me scrolling and has drawn his own conclusions. Also, I told him to stay away from social media and he has basically obeyed me.

Someone on Twitter, towards the beginning of the week, asked people to retweet and say the first memory they had of a major news story. A lot of people my age named the Challenger Disaster, which I do absolutely remember because I  was in the US at the time and the teacher rolled a big old television into our darkened classroom on a cart and hit ‘play.’ Like all the bored kids with their heads on their elbows, I did not understand why anyone had insisted on launching a teacher into space and decided then and there that that profession was not for me. What would they do next? Pack off the grocery store clerk (a much more interesting job I thought at the time)? Is NO ONE SAFE?

But the one that really sticks in my mind in an emotional way was much later. I was at school in Cote d’Ivoire and the US had invaded Kuwait. I and the other kids in my dorm languished on the porch listening to the news on an old radio. I chiefly remember the sudden stone in the pit of my stomach, the sick feeling of dread. Not being particularly fond of the US (was always being dragged away back to America to watch upsetting news stories and talk to strangers instead of living a peaceful and ordered life with my bike and my assortment of rescued exotic animals and was therefore always supremely relieved when the plane came to a screeching halt in the shimmering heat in the flat, glorious brown of Bamako) I could not understand why on earth the US would do such a thing.

But my first real political formation, as I’ve said before, was listening to the Clinton Impeachment hearings on NPR in someone else’s car on a long drive from somewhere in New Jersey back up to school at Cornell. We actually drove through Binghamton, which later freaked me out when I discovered that this was the place we were going to live. That drive by in the gray, wintery rain did not impress me. I did not understand what the fuss was about. The president had committed some kind of grotesque sexual act in the oval office? And then had lied about it? And this was unusual why exactly? Aren’t all people who want power sort of peculiarly wicked? But in America, this was not so? Later, as I tried to put all the pieces together in one long argument after another with my adored new husband (arguing is his love language), he insisted over and over and over that “character matters,” and that is why it was very shocking about Mr. Clinton.

I saw the same thing emblazoned on Twitter yesterday. “Character Matters,” cried one person to another like mastodons braying across the primeval swamp…no wait, those were aunts.

I have two thoughts about the idea that character matters. The first is that it does matter. It is better to be godly and righteous than to be wicked and arrogant. And there, you see, I must have said something alarming. Because character matters, we are always casting about for people to do our will, to both carry out our important ideals and be the kind of people we think they ought to be. But we can never find people who will both do what we want and be the people they should be. And that’s because we also do not do what we ought and are not the kind of people we ought to be. Therefore, our political leaders are always a major disappointment–as we ourselves are. Only it is easier to see the lack of character there on the bright screen than to see it in one’s own dark heart.

The second is that in order to become a politician, you have to believe your own hype. It’s one of the qualifications for the job, and why I have never been able to get on the Character Matters train any more than any other (like the Trump Train or the Biden Train or any train…I prefer air travel). Believing one’s own hype is ok as long as a majority of people also believe it. But when you are the only one left believing your own hype, that is excessively embarrassing. None of us should believe our own hype, as a matter of principle, and yet we all do, and then some of us become president. Mr. Trump believed his own hype–and look what a desolation. But don’t get excited, because I am sure as much as I am sure of anything that Mme. Harris believes hers…”fweeedom” indeed. So we are not going to have a good time.

I lied, I have a third thought, and that is that crying out for a reckoning–especially from other people–is not the same thing as repenting. If you want to be the change you can believe in, the best thing is to first examine your own conscience and discover that your character does matter and that you have not been the person anyone wanted you to be. You can then turn to Jesus and say you’re sorry for believing your own hype. He will come and save you as he promised he would. And now, go check out more takes–what are you going to do, get back on Twitter? 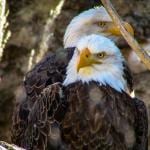 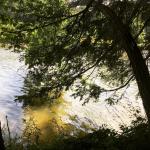 January 10, 2021 When We Were Literally Herod
Recent Comments
0 | Leave a Comment
"Truth. Thanks for these timely words. The battle is not over, I fear - but ..."
Leigh Ann Weber A Matter of Love and therefore ..."
"Agreed. A week ago, I put up four limited takes on Ravi. The last one ..."
Colin McKay Miller More Good Listening
"Define "spiritual abuse". Tell how it is distinguishable from charge of "whiteness"."
LucyL Wandering Around That Howling Wilderness
"What is that saying about the line between good and evil running through every human ..."
Steve White 7 Women Are Not The Problem ..."
Browse Our Archives
get the latest from
Preventing Grace
Sign up for our newsletter
POPULAR AT PATHEOS Evangelical
1 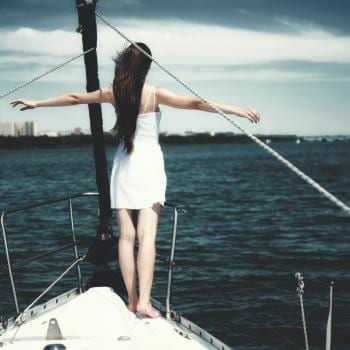 Evangelical
7 Women Are Not The Problem Takes
Preventing Grace