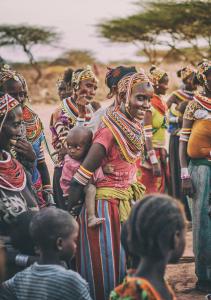 In the interest of grievance-mongering, which I feel I might as well try out because it appears to be both interesting and profitable, I’d like to complain about something. I’m not actually sure which term I want, maybe someone can remind me of the word I’m looking for. Basically what grieves me is one group of people taking their assumptions and worldview and lathering them over another group of people and their world view as if the first group is superior to the second group.

I don’t know if you remember, but just a few years ago, this used to be a bad thing. A lot of people from many Western countries–you remember the word–“colonized” places in Africa, India, all over really. They went on ships and eventually in airplanes and upon landing and arranging their nicknacks and furniture, assumed that their own linguistic categories, their own perceptions of the world, everything, were better than those of the people whose land they had taken. This was a complicated mess, of course, and for the past many decades those western countries have felt increasingly terrible about their assumptions, and have, in fact, been swinging wildly in the other direction to try to get rid of the wretched stain of guilt. I’m not saying anything you don’t know, of course.

But in glancing at my chapter in this very new shiny book that you can pre-order, full of other many chapters more fascinating and exciting than mine (oh my word, I was up so late last night reading), it dawned on me that those countries still haven’t given up the habit, so intoxicating is the knowledge of one’s own goodness and virtue, and are going on just the same, only with lots of modern-sounding language to make it feel ok. I had this thought as my eye happened to fall over the section about how many groups of people in Africa think about the ancestors (or did in the past–nothing is so very fixed that it is not always enduring some small alterations as one culture pushes against another). This is from the bit about funerals (quoting myself):

Where the Christian might speak of sacraments or copies of the heavenly temple, and where the Buddhist might speak of nirvana, many African Traditionalists would point to the funeral. The spirits and ancestors come very close, almost touching fingertips with the world of the living at the time of death. Moreover, the land of the living finds its order and symmetry in the entrance of the soul into the village of the dead. Every individual’s place within the village of the living is reasserted. Kinship relationships come sharply into focus. The relationship of each person not only to the dead but to every other living person is rearticulated.

It is the crucial hope of almost all people where I grew up to live to an old age, to die peacefully and at home rather than far away and as a result of a catastrophe. In this way a person gains entrance into the village of the dead as an ancestor.

So anyway, when I came across this article I was absolutely incensed. Aggrieved, actually. Basically, the US has long been in the business of exporting its peculiar and very western view of “family planning” (a brilliant euphemism if ever there was one) for decades. As parties pass the presidency back and forth the pernicious full-throated American assumptions about women and their bodies get either ramped up or dialed down, depending, but they never completely go away. Americans, especially those on the complacent and comfortable left, are not willing to question their own view of the order of the world. What makes a person a person, what a woman might want, how she might enter into the afterlife (according to her own cultural assumptions) are nothing before America’s need to get women around the world to stop having so many children.

I’ll just point out the problems, in case you can’t spot them, with exporting abortion as a moral and economic good to places that don’t share our ideas about anything. First of all, it’s colonialist and gross and on that basis alone it should stop. Second of all, people in other parts of the world think that having children is a right, not a burden. They need them, not only in the near term in order to get along through life, but also in order to go into the life to come. And third of all, the average American aid worker who bumbles along probably doesn’t believe in spirits or anything, and can’t know anything about what kind of taboos she might be breaking, or encouraging others to break, and what kind of long-lasting damage she might be doing to a culture she will never really understand.

And to the person who says, “Oh, well, don’t Christians do just that–they go in and squash everything and tell people how to live and what to do with their bodies and also that they will go to hell if they don’t believe in Jesus,” let me say four things. First, it is undisputed that mission work around the world, going along hand in hand with so many colonialist enterprises, did a lot of damage and flattened out many cultures and people along the way (something that Islam also has done for centuries, and even still). However, second, excellent cross-cultural work is going on quietly around the world by Christians who are valiantly carrying on efforts of language preservation and anthropological research. It is not true that Christian missionaries are the boobs and knaves that everyone believes them to be, especially since they are predominantly otherly-nationed, as in, not from America. God is raising up people for himself all over the world. Sure, there are lots of problems everywhere, but that’s true about any human activity that God employs for his own purposes. And third, the Gospel is a preserver of culture, rather than its destroyer. As a group encounters the Bible and reads it for themselves, they will make the decisions about what should stay and what should go. They will find the eternal life in their Ancestor and ours,  who died, to quote myself again, “young, alone, violently, and away from His village.” And finally, Christians have an edge on other kinds of people because they know that they are able to be wrong about things, and can repent and be forgiven by God first, and by each other second. So the Christian, theoretically, is very sensitive to both the Holy Spirit and other people and doesn’t go around like a battle-ax.

Not so with Slate Magazine. Count me down as offended by the hubris, chiefly, and by the deep incuriosity that people so committed to abortion generally display when confronted not only with women in their own world who don’t agree with them, but worse for those of another who cannot defend themselves against so much money. 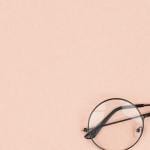 February 4, 2021 Money for Books
Recent Comments
0 | Leave a Comment
"Marvelous - thanks for posting - your friend is an amazing writer - and actually ..."
Leigh Ann Weber Physician, Heal Thyself
""Pain is the way that God takes things away from us that we think we ..."
Barbara The Wodehouse Guide to Lament (…not ..."
"so much fun thinking of dog names for other people.... what about Prince Philip?... I ..."
Leigh Ann Weber This Old House and This New ..."
"I just want to thank y'all for being an excellent example of how to stand ..."
KB Once More Into The Breach Podcast ..."
Browse Our Archives
get the latest from
Preventing Grace
Sign up for our newsletter
POPULAR AT PATHEOS Evangelical
1