7 Women Are Not The Problem Takes

7 Women Are Not The Problem Takes February 19, 2021 Anne Kennedy 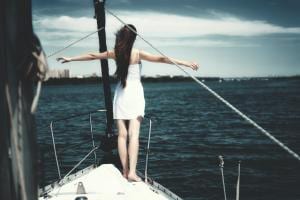 Well, it’s finally the end of a long, terrible week. Let’s see what we have.

Thank you so much for all the prayers and condolences for Nebert. I keep trying to think of something to say but haven’t really been able to. I talked about him a little bit with John and Kathy last night (4:40 mark). It is hard for me, like everyone, to understand why God would do this. But the people who really need prayer are his wife Doreen, and his children Bricky and Immanuel. Nebert’s body will be taken to Western Kenya on little Manue’s birthday (March 6) which is a hard hard thing. Please pray for them. They have many money difficulties, of course, along with the tidal wave of sorrow.

As usual, even though caught in the vortex of grief, life keeps going on. I watched this whole thing about Ravi, which was really really good. What is that saying about the line between good and evil running through every human heart? Even so, it is hard to bite down on the contrast between the mighty who don’t get toppled from their thrones in this life, who don’t have to face any temporal reckoning before their victims, and the small and unknown goodness of the poor, the cast down, the lowly.

There are many many men–like Nebert–who are not known to the world, who, if you were trundling around Nairobi in the horrendous traffic, you would not notice and would not think anything about him, but who possess some deep goodness, a deep scrupulous honest generosity that no one cares about or even expects. These men are the centers of so many small, beleaguered worlds. They are the fathers of so many children teetering on the brink of life. They open their hands to the greatest and the least without thought of themselves or what anyone might owe them.

Though it is always true that are a lot of unknown wicked people who will steal or cheat or lie. It doesn’t matter whether you are powerful or weak, in human terms, you can always sin. Still, it’s sickening to think of Ravi manipulating and degrading and ruining everyone, all “in the name” of Jesus. The only comfort I have is that God is not mocked. Though we generally can’t see people and whether they are good or bad, God always can. Always. He is never confused or wondering about the state of someone’s heart.

Not entirely on the same subject, but I did like this piece pretty well. I do think that Esolen frequently veers off into a nostalgic realm that isn’t particularly justified, especially since when I read the Illiad, I am not overcome by how lovely all the men are and regretful about how they just don’t make them like that anymore (I know that’s not what he’s saying, but sometimes I feel like he’s sort of saying that) but I do appreciate that he has finally helped me see why I so hated that Titanic movie. Kate Winslet and the little tick Leanardo are not plausible as people in love. Not even a little. The acting is so stilted and the writing absolutely banal. Esolen says this about it:

Or there’s the scene in Titanic (1997), in which pretty boy Leonardo DiCaprio, supposedly playing a kid who has just been sleeping under bridges, is trying to persuade rich pretty girl Kate Winslet to let him pull her up over the edge of the ship, mid-suicide. “You don’t want to do this,” he says, as if he were a volunteer on the telephone at the Good Samaritans, and not somebody with strong arms who could restrain her on the instant and holler for help. Later she will ask him to teach her how to spit like a man. The culmination of modern feminism: a semi-girl asking a semi-boy how to behave like a caricature.

I like the distinction he makes between caricature and type. Everyone is upset, as they should be, with the foul idea that “women are the problem.” They are not the problem. On the other hand, everyone is a problem when all of them together are trying to fit into something–whatever it is–without knowing what it even is, or being willing to look past the veneer of generalities. The new iteration of the age-old war that always rages between the physical/material reality of the body and the feelings/perceptions of the mind/soul freshly illuminates the vast distance between what you think you should be and the reality of “who you really are” which you can’t even know about. You have to live your sex/gender as a “lived experience” without peering at it all the time to wonder if it is real or if you are happy. But that’s actually very hard, because it means also getting out of yourself and being interested in other people as people. In some perverse way, it is often easier to try to get people to behave a certain way than to trust God and his providence to organize his creation into a coherent cultural expression of masculinity and femininity and all the mystery that that entails.

Ravi didn’t love “women,” he loved himself and used real people as playthings. The women he used are not the problem. He is the problem. Though anyone can be the problem. You don’t have to be an international Christian celebrity to make people into things. You can do it in small hidden ways that no one will catch on to. But don’t worry, God will know.

Not to change the subject, but this was also really interesting. Here is a taste:

During my post-operation 17 months of sheer survival, I discovered that transgender health care is experimental and that large swaths of the medical industry encourage minors to transition due, at least in part, to fat profit margins. I was gobsmacked. Each day I researched more and became increasingly appalled. As I jumped from ER to ER desperately seeking help, I realized that nobody knew what to do. Each physician told me to return to the original surgeon. I was trapped like a child with an abusive parent.

This is what comes of thinking in caricatures rather than types, of course, but also of committing oneself passionately to expressive individualism. Seriously, everyone should read Carl Trueman’s book. Everyone.

The reason that I would say–again–that the gospel should be tried as a way of life, rather than behavior modification as a way of life, is that God knows whereof we are made. He redeems your nature, when you put yourself in his hands. The gospel isn’t just a get-saved-and-move-on-with-your-life proposition. The gospel gets to the heart, to that line that’s down there between good and evil. The gospel, when you subject yourself to it, brings the law all the way down to the center of your body and your mind, so that what is broken is restored, what is wrong is made right, what is cruel is made kind, what is wicked is made righteous, and what is defiled is made holy. You cannot possibly know yourself well enough to organize such a work. You cannot be a woman or a man or an adult or a child or any kind of person that God wants you to be by your own power. Every way you organize it will make it into a mockery, and will make other people into your useful objects. It has to be God who transforms your inner being that is then lived for the world to see. The gospel–the work of Christ on the cross–that comes alive in you when you give yourself to him is what makes this reality true. It can be helpful to talk about it along the way, and to wonder about how we should be as human people, but it isn’t good to crowd everyone into a hothouse of Christian sex and gender identity and make everyone live to caricature inJesusnameamen.

And now I must go and try to fit myself into the clothes of a world that hates me and my shape. We all have our disappointing cross to bear. Go check out more takes! 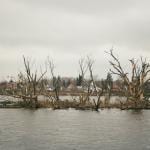 February 21, 2021 There but for the Grace of God Go I
Recent Comments
0 | Leave a Comment
""Pain is the way that God takes things away from us that we think we ..."
Barbara The Wodehouse Guide to Lament (…not ..."
"so much fun thinking of dog names for other people.... what about Prince Philip?... I ..."
Leigh Ann Weber This Old House and This New ..."
"I just want to thank y'all for being an excellent example of how to stand ..."
KB Once More Into The Breach Podcast ..."
"I realize this is off topic, but in considering things to write about, would you ..."
John G. The Wodehouse Guide to Lament (…not ..."
Browse Our Archives
get the latest from
Preventing Grace
Sign up for our newsletter
POPULAR AT PATHEOS Evangelical
1

Who Is A "Progressive Christian" and...
Roger E. Olson
Books by This Author Books by Anne Kennedy