The Wodehouse Guide to Lament (…not really…) 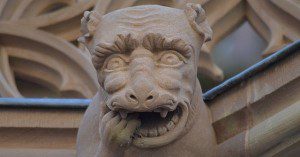 I have writer’s block. Not because I can’t think of anything to say, but because I’m in that awful world where I have a lot of stuff I could write about–interesting stuff, I think–but for a variety of reasons, I don’t want to put any of it online. Or not much of it. Also, I am slowly working through Carl Trueman’s book, The Rise and Triumph of the Modern Self, in tandem with Cynical Theories. It’s taking me forever because I mostly read in the middle of the night when I’m trying to go back to sleep. So I read a line, fall asleep, read another line, fall asleep, and so the long night wears on. Also–and this is very unusual for me–I’ve been underlining almost every word. So both books are a mess.

The thing that is most helpful, as I’m going through them, is beginning to understanding the power of emotion, particularly of pain, as a way of constructing identity in these strange and tumultuous times. [gosh Grammarly, please stop commenting on my tone and my run-on sentences] I’m not the first person to notice this, but it’s been jangling around in the back of my mind as the whole world has been in so much pain this year–real pain.

Some of the things that cause humanity grief, of course, are foolish and not worth the trouble. But most of them are truly awful. In the time of covid, it has come to feel both soothing and insane to rehearse them, both mine and those of everyone close to me. And so, the invitation to publicly “lament,” which is increasingly cried in Christian circles, is very alluring. Surely, if I amassed the griefs that I have and put them here, beginning from my own childhood all up until the present day, that would be a good thing to do. Isn’t that what every single psalmist does? And Jeremiah? As I wander around the psalms every morning, I find I am powerfully helped by the mere discovery that I am not alone. Almost every writer of Scripture has so much to say about the grief and trouble of life. And then there is Jesus himself, this morning, as I landed on his curious proclamation that the people who mourn are “blessed,” just as those who are poor are particularly “blessed,” whereas, those who laugh now are going to have a bad time of it later. Perhaps it would be helpful if I wrote it all out and let you read it.

Unfortunately, I do think there is a difference between the lamentations of the Bible and the public display of grief as an expression of identity. [I have to think about this a lot more, so take this as the half effort of a Tuesday morning that it is.] It seems to me that there is a price of constructing one’s own identity, particularly through grief and pain, rather than bringing all that stuff directly to God and letting it be the painful tether of faith and trust–though necessarily filled with frustration, rage even, and certainly the immense poverty of spirit and ruin of death and life enduring together as we go down to the grave one by one. What is the price? I think ultimately the pain itself becomes a grave, rather than a way of knowing Christ. Pain is the way that God takes things away from us that we think we need and replacing them with himself. Ultimately, the Christian’s identity is formed and shaped by Christ, and the pain is taken away, though not in the way or the time that most of us would like.

So anyway, right now, as I try to cope, I committed to the Wodehouse Model of pain and suffering. It’s not that things are not terrible–they are–but I’m just going to keep reading novels and psalms while the world burns, and try to let Christ be the one who constructs my identity, rather than having to be the person who is so fully formed by pain–my own or others–that I can’t understand the hope and glory of Jesus’ resurrection from the dead.

April 12, 2021
Once More Into The Breach Podcast and Links
Next Post

April 14, 2021 This Old House and This New Dog
Recent Comments
0 | Leave a Comment
"Anne, thanks for writing this. I had also read Nieuwhof's article yesterday and was puzzled ..."
J Aulthouse The Coming Deluge
"To your point on the Piper article and not repenting ...Joseph Hart's lyrics come to ..."
Natalie Noles What Shall We Talk About Podcast ..."
"Happy Mothers/Birthing Persons Day. Speaking as someone who is someone's child... It can be easy ..."
axelbeingcivil Happy Birthing Person Day
"I mean... Speaking as someone who considers themselves solidly on the progressive left... Sod Bill ..."
axelbeingcivil An Egalitarian Patriarchy
Browse Our Archives
get the latest from
Preventing Grace
Sign up for our newsletter
POPULAR AT PATHEOS Evangelical
1