What Use Is Fear? 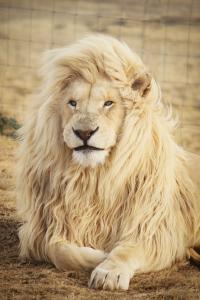 In my wandering around the internet, I found this, a very anxiously fearful and I would say inflammatory amount of reporting from Salon.com about a possible ruling from the Supreme Court about foster care and religious liberty. The title, for example–This Supreme Court Case Could Fundamentally Alter LGBTQ+ rights and not in a good way–feels a touch hysterical. After a while it kind of tones down and we get this:

Under the establishment clause of the First Amendment, Congress cannot enforce a law that creates or endorses any particular religion. In 1996, however, the federal government appeared to flout this rule by drawing up a series of regulations — called “charitable choice laws” — that authorized paying federal funds to faith-based organizations that offer social service programs.

Pizer told Salon that she sees these laws as leading toward an erasure of the establishment clause, and in that sense profoundly unconstitutional. “Given what has happened with the faith-based initiative and charitable choice statute, the establishment clause is looking pretty thin,” she said. “That’s a real problem for our society, given the religious pluralism we have.”

Catholic faith leaders, needless to say, don’t see the issue in those terms. “Separation of church and state should not mean the separation of religion from society,” Archbishop Thomas Wenski, who leads the archdiocese of Miami, said in an interview with Salon. “People of religious faith should have the right to participate in the public square without experiencing any discrimination because of their religious faith. Separation of church and state has been used to discriminate against Catholic schools over the decades.” Six of the nine justices on the Supreme Court are Roman Catholics, and another (Neil Gorsuch) was raised Catholic.

Yesterday, in taping a podcast about The Making of Biblical Womanhood for the Christian Research Journal (should be out soon), Melanie and I talked about Barr’s claim that “inerrancy creates a climate of fear.” Barr claims that the Biblical inerrancy was the invention of Calvinists at Princeton University and that it was done mainly in order to wrench women out of the pulpit. I am bemused, honestly, by the idea that “Calvinists”–such a nebulous term these days, almost as malleable as “evangelical” or even “racism”–would all wake up one morning and decide that the thing that caused them the most anxiety was all the women in the pulpits, that they would put their heads together and come up with such a nefarious and terrible scheme. ‘Hey guys,’ they must have said, ‘I know! Let’s say that the Bible is All True.’

Anyway, I was feeling all snarky and laughing to myself, only to feel very uncomfortable when I landed on this set of verses in my daily meandering through the Bible (from Jeremiah):

Though they say, “As the Lord lives,”
yet they swear falsely.
O Lord, do not your eyes look for truth?
You have struck them down,
but they felt no anguish;
you have consumed them,
but they refused to take correction.
They have made their faces harder than rock;
they have refused to repent.

Therefore a lion from the forest shall strike them down;
a wolf from the desert shall devastate them.
A leopard is watching their cities;
everyone who goes out of them shall be torn in pieces,
because their transgressions are many,
their apostasies are great.

So now I am going to go creeping into the day, because I do not want to be a person who makes my face “harder than rock.” What was that other verse about fear? Oh yeah! It is the beginning of wisdom. At least if, in your anxiety, you question yourself and not God, nor his ability to speak clearly and presciently in every moment about what he thinks is most important and how you should live and what you should think and do.

Photo by Arleen wiese on Unsplash

June 10, 2021 Bathsheba, the New Atheists, and All the Cheetahs
Recent Comments
0 | Leave a Comment
"I'd never heard of Norm McDonald and I'm glad you've introduced me to him. I ..."
Summers-lad Death on a Wednesday: John Shelby ..."
"For it is in giving that we receive,in pardoning that we are pardoned,and in dye ..."
Eponymous1 He Was A Bad Bad Father
"I listened and I'm not Anglican! :)"
J Aulthouse The Death of Theology Podcast and ..."
"I have never heard of this book but am glad to know of it and ..."
marissab We Can’t Understand Very Many Things
Browse Our Archives
get the latest updates from
Preventing Grace
and the Patheos
Evangelical
Channel
POPULAR AT PATHEOS Evangelical
1