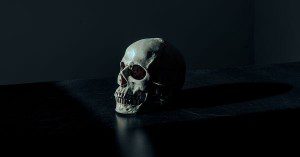 This was a very depressing and terrible read. I’m not sure where I came across it, but having been up all night–or much of it–being too hot and feeling “off” for exactly the reasons named here–except that this is happening to me as a matter of course because of my age and biological sex–I was horrified to read that anyone would want to bring this about on purpose for a child. Not the Bee reporting:

Once we remembered to go back and read the literature, we realised that was the time his body was adjusting to the drug Lucrin, which inhibits the body’s ability to make [estrogen].

Once that [estrogen] tide goes out, that’s when a short and sharp menopause can hit. Apart from that, the only side effect is potential bone brittleness from a loss of calcium, so we’re being vigilant about ensuring he’s keeping up his vitamins.

For my son, those menopausal symptoms lasted only about a week. He continued to feel physically a bit off, but emotionally he was elated because he knew that the change he’s been waiting for was finally occurring.

If you read the whole thing, you’ll see that the child is not really a boy, but is a girl, but wants to be a boy, and is being pushed into a kind of death-dealing ruin that so many actual women dread. I can only imagine that the mother of this child (I feel like “child” is as good a word as any, as the whole thing is childish, and should be stopped by adults) has herself not gone through this, and therefore is able to be so cavalear. Or perhaps she is just so lost that she just doesn’t know. As an anxious mother myself, I can only pray for her and her child. Anyway, when you put it up against this–a man winning the Nevada beauty contest–it is even more depressing:

In an interview with the local news outlet after the victory, Enriquez called the experience “a celebration of womanhood and diversity and this celebration of being your true self.”

But Enriquez noted that she has not always been so well liked in the pageant world. She recalled at a previous pageant, which she chose not to name in the report, when event organizers found out she was a transgender, they required her to provide medical documents to prove she was female. The organizers also allegedly refused to assign her a roommate.

I’m sorry, but a man entering and winning a contest for and about women is not brave and good. Ethically it is not good, it is not affirming of women. How did this come about? Carl Trueman points to at least one source (pg 123):

For Rousseau, however, individuals are intrinsically good, with sentiments that are properly ordered and attuned to ethical ends, until they are corrupted by the forces of society. Thus there is no tension, in his thinking, between conscience and will other than that genereated by being a member of society and thus being made vulnerable to the perverted ambitions of an inflamed amour propre. For Rousseau, the individual is at his best–he is most truly himself as he should be–when he acts in accordance with his nature. This is the deep principle of Rousseau’s understanding of authentic personhood and of ethics. And conscience is the internal, pristine, and, for Rousseau, God-given voice that points each one in this direction.

Which means that even this is “good”:

If we’re afraid to talk about kink with our children, we prioritize the status quo — sanitizing and censoring their access to information about appropriate and normal self-expression. These are the very attitudes that made Pride necessary — and life-affirming — for so many of us in the first place, and we have no business imposing them on the next generation. Kink embodies the freedom that Pride stands for, reminding attendees to unapologetically take up space as an act of resistance and celebration — refusing to bend to social pressure that asks us to be presentable. That’s a value I want my children to learn. Affirming the kink community helps our children to love themselves and others with courage and resilience. If my wife and I had seen such fierce and determined role models as young people, we might have learned to be ourselves much sooner. We didn’t have that chance, but my children have that community in Pride, and I want to keep it that way.

Yeah no. Don’t take your children to heavily sexualized places where they will see thing that are not meant for them. Indeed, the things going on in pride parades are not meant for anyone. I’m so grateful that Pride Month is over. All the fierce pride is having such a devastating effect on the very bodies of the young, of their hearts and minds. I’m grateful that the gospel is still even for this culture–that God loved the people whom he had created so much that he came to them to heal their infirmity, not just their physical illnesses, but the very bad ideas that sicken the soul. There has almost never been a better time to rush out and tell people about Jesus.

July 2, 2021 7 Strong Independent Takes
Recent Comments
0 | Leave a Comment
"I'd never heard of Norm McDonald and I'm glad you've introduced me to him. I ..."
Summers-lad Death on a Wednesday: John Shelby ..."
"For it is in giving that we receive,in pardoning that we are pardoned,and in dye ..."
Eponymous1 He Was A Bad Bad Father
"I listened and I'm not Anglican! :)"
J Aulthouse The Death of Theology Podcast and ..."
"I have never heard of this book but am glad to know of it and ..."
marissab We Can’t Understand Very Many Things
Browse Our Archives
get the latest updates from
Preventing Grace
and the Patheos
Evangelical
Channel
POPULAR AT PATHEOS Evangelical
1 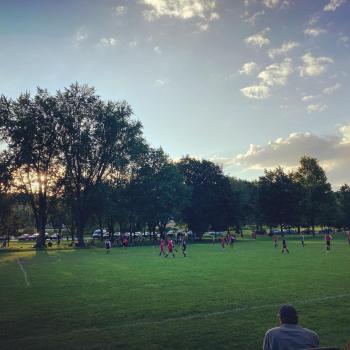 Evangelical
7 Takes of Something
Preventing Grace

Evangelical
Pro-Tip: At the Start of a New School...
Preventing Grace
TRENDING AT PATHEOS Evangelical