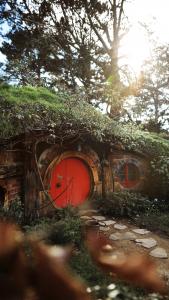 Well, I didn’t want to, but I did read that thing in the Guardian about Tolkien being the Baddie after all. Here is the stupidest bit:

Tolkien’s myths are profoundly conservative. Both The Hobbit and Lord of the Rings turn on the “return of the king” to his rightful throne. In both cases this “victory” means the reassertion of a feudal social structure which had been disrupted by “evil”. Both books are one-sided recollections made the Baggins family, members of the landed gentry, in the Red Book of Westmarch – an unreliable historical source if ever there was one. A balanced telling might well have shown Smaug to be much more of a reforming force in the valley of Dale.

And of course Sauron doesn’t even get to appear on the page in The Lord of the Rings, at least not in any form more substantial than a huge burning eye, exactly the kind of treatment one would expect in a work of propaganda.

We’re left to take on trust from Gandalf, a manipulative spin doctor, and the Elves, immortal elitists who kill humans and hobbits for even entering their territory, when they say that the maker of the one ring is evil. Isn’t it more likely that the orcs, who live in dire poverty, actually support Sauron because he represents the liberal forces of science and industrialisation, in the face of a brutally oppressive conservative social order?

Mmhhhmmm. As my child ‘splained, if the reader thinks he’s reading a parody, but then discovers it was meant to be serious, then it’s possible the Thought Leader might be a touch off base. So anyway, I feel like this is peak something or other. Also, I feel like Tolkien would have loved to read this little authorial effort, and would have laughed his head off.

The thing is, we are swimming in a tepid mudpuddle of stupid propaganda, and it can be difficult to spot the right path, to distinguish the lie from truth, the ugly from the beautiful. But the way out of it isn’t to actually try to rehabilitate Sauron or put a nice spin on the Scouring of the Shire. The difference between true art and propaganda–or at least one of them–is that true art lets you see, and do bear with me here because I’m about to shock everyone, something true. It opens your inner spiritual eye to something beyond yourself, some fleeting moment of the greatest and truest reality of all…that would be God, whom the “writer” of this little thing in the Guardian doesn’t know very much about. For example, this is what he thinks about the creation of all things and how we can know about them:

Science gives us far more accurate answers to our questions than ever before. But we’re still dependent on myths to actually comprehend the science. The multi-dimensional expansion of energy, space and time we call the Big Bang wasn’t literally a bang any more than God saying “Let there be light” was literally how the universe was created. They’re both mythic ideas that point at an actual truth our mammalian minds aren’t equipped to grasp.

How come “Science” is always talked about as he has actual thoughts and feelings, and isn’t a process of finding things out that we don’t already know? So anyway, I can tell you one “actual truth” our “mammalian minds”–boy, that is an inelegant expression if ever there was one–were Literally Created to grasp. That is that Jesus is the Light, and the Truth, and the Way. So if you see some vista, or discover in a book something immensely beautiful, or turn over the page and are swallowed up by a longing for home, a true and perfect home, that’s actually not propaganda. That’s actually art. Propaganda is when you are busy recoiling from something ugly, and someone dumber than a bag of hammers comes along and forcefully explains that what you’re looking at is not actually good and beautiful, but that Sauron over there, and those hideous Orcs, that’s what’s really lovely. What’s the word I’m looking for? Oh! A Lie. The propagandist insists that what you see with your eyes isn’t true and that his ugly way is better.

So anyway, now I have to go and have a first breakfast so that mid-morning I may have a second one. You know what! I bet Sauron doesn’t even eat breakfast, and that’s one way you can know he’s so evil. Tinkerty Tonk, and I mean for it to sting.

Photo by Aachal on Unsplash 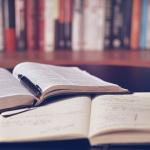 July 8, 2021 Three Important Things on Thursday
Recent Comments
0 | Leave a Comment
Browse Our Archives
get the latest updates from
Preventing Grace
and the Patheos
Evangelical
Channel
POPULAR AT PATHEOS Evangelical
1