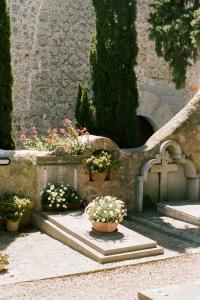 I did just have one more thing to say about The Great Mortality—the book about the Black Death that I mentioned on Sunday. It was a great book and I commend it to anyone interested in the subject. But the end really ticked me off and I’m sure I should take a few paragraphs to explain why.

Towards the end, the author, John Kelly, movingly recounts the horrible persecution and murder of the Jews all over Europe as city after city panicked about the carnage wrought by the plague. A scourge had fallen over the earth and who could understand it? Well, ordinary people could absolutely understand it, or so they so wickedly believed. It was because of a global conspiracy of the Jews to take over everything. The emotional detail with which Kelly documents the horror is worth the price of the book alone. But then, as so many do, he (and why would he because it was a history book, not a theological one) makes free at the very end to wax lyrical about the beauty of the human spirit. People are good, he concludes, at least some of them are. There were such examples of human kindness, human ingenuity, and human strength that one should not despair about humanity in general. Civilization did not collapse, even though the strain on it was so incomprehensibly great.

And yet, in the same breath, he censoriously sniffs at all the bishops and priests of the age who took the opportunity to preach and declare God’s judgment on the wicked and ungodly. He intimated, not too subtly, that they—all these spiritual teachers—were blaming the victim. How awful, he said, to be dying of the plague and then have to hear sermons about the fires of hell and such like.

So anyway, I was most annoyed. And here are the reasons why—numbered, though not in any particular logical order.

So anyway, I still recommend The Great Mortality. If only the writer had taken a cue from the name of his own book and wondered to himself about the God that everyone—known and unknown—took for granted in that dark and difficult time. How ironic that we, knowing so much about disease and pestilence, should be so much darker in our imagination and vision of that Awesome Being, the One who has the power both to kill and to raise up, to strike down and to heal.

Photo by Pelayo Arbués on Unsplash 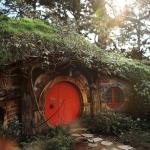 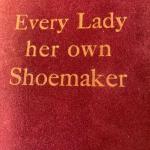 August 26, 2021 Every Lady Her Own Book Reviewer
Recent Comments
0 | Leave a Comment
"I'm sorry to hear that (ie 2.) I do hope if you get to enjoy ..."
LucyL 7 Takes In All Directions
"I want any song I sing in the worship of God to make grammatical and ..."
Charlie Sutton That’s Not How Any Of This ..."
"I'd never heard of Norm McDonald and I'm glad you've introduced me to him. I ..."
Summers-lad Death on a Wednesday: John Shelby ..."
"For it is in giving that we receive,in pardoning that we are pardoned,and in dye ..."
Eponymous1 He Was A Bad Bad Father
Browse Our Archives
get the latest updates from
Preventing Grace
and the Patheos
Evangelical
Channel
POPULAR AT PATHEOS Evangelical
1