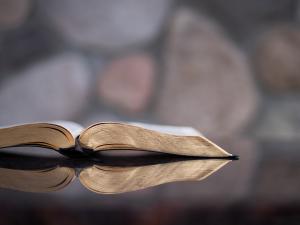 I was so grieved to hear of the tragic and unexpected death of Fr. McKenzie this last week, and of his child. The two were on the road and were killed in a car accident. Fr. McKenzie was in the first few days of a sabbatical, which somehow seems some extra divine unkindness, at least from this angle. If ever there was a moment to stop and number one’s days, so that one may gain a heart of wisdom, this seems like such a one.

In the aftermath of this tragic death, Anglicans have once again had a moment to take stock of the complexity of their theological divisions. The child of Fr. McKenzie was a person who self-identified as transgender. Born a girl, and named Ella, at some point along the way this person decided to be called Charlie and use the pronouns “they/them.” This sort of thing, of course, is a cultural flashpoint, before one even turns one’s attention to the church. But all the more so because Fr. McKenzie was a priest in good standing in the Diocese of Pittsburg in the Anglican Church in North America. The real controversy seems perhaps slight and inconsequential—that the Diocese of Pittsburg released a statement about the death of this child, using the given female name of the child—Ella—but then, after an internet row, changed the statement to refer to the child as Charlie. Why would they do this? That is one important question. Another is, does it even matter? Does it matter what a person is called once that person dies? Surely it is better to be respectful and quietly move on.

And certainly, that has been my inclination for the last 48 hours. I can’t imagine the grief and disorientation of the wife and other child of Fr. McKenzie, of having one’s intimate world so suddenly undone. Not to mention his congregation and all the people he ministered to along the way. Death isn’t a good thing, and yet God is sovereign over it, and uses it for his own purposes, though, at least for me in the last two years, that has felt like pitiful comfort. All any of us can do is pray and beg God to make his goodness known in a way that the grieving can taste, and finally see.

And yet, well, this is all happening in the church that I love, one that is still very new and young, nearly as young as the child that died. Yesterday, for example, came the news that The Episcopal Diocese of Fort Worth has to pay the legal costs of the last decade of litigation against The Anglican Diocese of Fort Worth, amounting to something like 4.5 million dollars, along with giving back all the churches that they tried to take. This has been the only temporal loss for the Episcopal Church, in a scorched earth policy against churches that wanted to keep their properties and still be able to maintain an integrity to the Scriptures not just on the matter of sexuality, but in every doctrinal sphere. And if you think “scorched earth” is too strong a term, remember that Bishop Bill Love was forced last year to resign or be disciplined for disallowing his clergy from performing Same-Sex Blessings.

Compared to the kind of ideological views of the human person that are careering into the church, the Same-Sex blessing and Gay Bishop trouble now seems rather small and tame. The Bible is clear that two women can’t marry each other, nor have any sexual relations, nor two men, that the only sexual activity allowable within the kingdom of God is inside monogamous marriage. But trans? What if you feel yourself born into the wrong kind of body? Surely it is no one’s business? And everyone should be “tolerant.” Though what “tolerance” looks like can be seen from the, as I mentioned, push back against the diocese for its statement about this young person who so tragically died.

Certainly, it mattered enough that the bishops of the Anglican Church in North America got together and put out a statement in January. In it, the bishops laid out how Christians in our church ought to talk about the human person, and how it is that God created us and for what reasons. Though many people found it eminently pastoral and useful, it also received, to put it mildly, push back, and some clergy and a whole diocese have been given permission to ignore it altogether.

All this before…read the rest here! 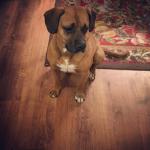 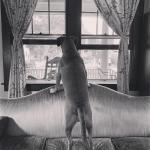 August 30, 2021 Cynical Religions Podcast and Links
Recent Comments
0 | Leave a Comment
Browse Our Archives
get the latest updates from
Preventing Grace
and the Patheos
Evangelical
Channel
POPULAR AT PATHEOS Evangelical
1 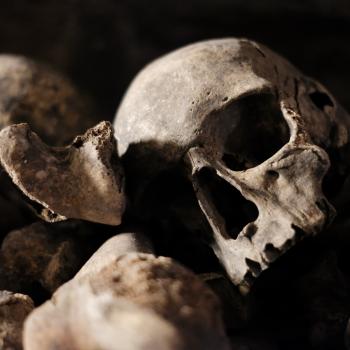