7 Takes of Something September 3, 2021 Anne Kennedy 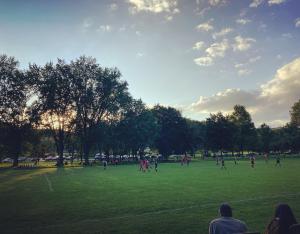 September seems like an over-heavy cargo plane trying to lift off the ground, bumping along the runway, while the flight attendants run back and forth trying to close all the overhead compartments and the passengers don’t listen to a single thing they are saying:

I try not, every year, to be horrified by the first day of school pictures percolating up through my feed beginning in early August. I’m not planning to “start school” until Sept 13 when our online stuff gets going, though I am whipping people along hysterically through math and typing in an “unofficial way,” and a lot of my “scholars”–I use the term as loosely as possible–are watching open houses and trying to imagine what it will be like to think about anything that is not themselves. One child has been weeping inconsolably for days, without telling anyone why. Last night she finally admitted that it’s because she knows–in advance, mind you, without attending a single class–that she will “fail,” by which she means not get an A, science and that, to quote her, “everyone is smarter than me.” Being the good mother I am I said that could be the case, but we can’t know yet, she will have to go to the class and apply the scientific method to find out. At this, she wept ever louder and we all discovered once again that “school” is not usually about learning new things and acquiring interesting knowledge, but is an act of sheer vanity.

After a long almost silent interval of several weeks of no road construction (we wondered if they had just given up and were leaving all the big trucks and things here to rust gently in the rain and sun), now that I have a podcast scheduled, they are all here in full force and a police person has rousted me and made me move our fleet o cars. Will we have a paved road after all? Or are they here to dig up bits of the paving they have already laid down? The suspense is almost unbearable.

Ida the Storm is wreaking havoc all the up here in New York State. We’ve only had bands and bands of rain which isn’t unusual in this already very rainy summer, but NYC is having major flooding. The pictures are pretty amazing. Our new governor has declared her first state of emergency. Really hoping it’s also her last.

This doesn’t, I suppose, rise to that level, but this is interesting, and this. Oh wait, and this. From that last one:

Before limiting the amount of face-to-face human contact that children experience during many of their waking hours, policy makers should be acutely aware of what children could lose. Unfortunately, the downside of school mask requirements for children has been difficult to assess systematically because, until this pandemic, face-covering policies were never previously imposed on so many children for such a long period of time. Longitudinal studies cannot be performed on long-term outcomes, because there are no children in prior generations to study.

That thought–that we don’t know what we don’t know, has been jangling around in the back of my head all week as I’ve waved goodbye to my oldest in the morning and welcomed her back in the evening. The decision to homeschool eons ago was, well, really a shot in the dark. I’m not a particularly clingy parent, and I went off to boarding school when I was 12. It’s not that I wanted to insulate her and her brothers and sisters and keep all the bad things away. But, mostly by happening to read Rod Dreher in Touchstone so long ago, I did have a feeling that I wouldn’t be able to compete. I wouldn’t be able to send off a child who isn’t, as they say, the “best student,” (as in, she struggled to read and struggled to spell and struggled with math and struggled with Latin and struggled with everything, beating down one challenge after another under her good-humored heel) welcoming her back exhausted at the end of a long day and be able to say anything about God, or what it means to be a Christian. I would have one unfocused hour to apply the balm of a glass of milk and a slice of cake (that’s a joke, that would never have happened), and the lovely people down the block would have all the other hours. I like all those people, I want them to know Jesus and prosper in all those ways, but I wanted my child to be intellectually and spiritually tough–to know why and how the world was created, what sort of God did that work, what he is doing now, and how to be related to him. I wanted her to be like a tree planted by a stream of water that can bow low against adversity and then stand back up when the storm has blown over. And it dimly occurred to me that if she began her intellectual life in a muddled and contradictory way, she would break apart when a storm really came. One thing at a time, I thought, though with regularly scheduled panic attacks and so much anxiety you would not have thought it was worth the while.

But, and this is something I keep learning over and over, when the Lord orders your steps (in whichever direction, it doesn’t have to be homeschooling or anything so terrible), it turns out to be ok that you don’t know what you don’t know. You don’t have to see the future. You can ask God for help in the present and then trust that he will give you what you need. And usually, that will be a willingness to die to your own expectations about what you thought should have been, or what you wanted, or who you wanted to be, or who you wanted your child to be. The goal, in all of life’s pursuits, is, when the trial comes, to be able to deliver up your soul to God without breaking apart on the shoals of unbelief. I don’t know how it will turn out for all my children, but I feel more hopeful than I did a few weeks ago. I think the whole attempt–so ridden with so many small failures–might ultimately turn out to be a success.

And now, if you will excuse me, I have to go talk about Gaslighting. Go check out more takes! 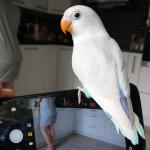 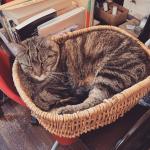 September 6, 2021 Good and Bad Masculinity Podcast and Links
Recent Comments
0 | Leave a Comment
"I'd never heard of Norm McDonald and I'm glad you've introduced me to him. I ..."
Summers-lad Death on a Wednesday: John Shelby ..."
"For it is in giving that we receive,in pardoning that we are pardoned,and in dye ..."
Eponymous1 He Was A Bad Bad Father
"I listened and I'm not Anglican! :)"
J Aulthouse The Death of Theology Podcast and ..."
"I have never heard of this book but am glad to know of it and ..."
marissab We Can’t Understand Very Many Things
Browse Our Archives
get the latest updates from
Preventing Grace
and the Patheos
Evangelical
Channel
POPULAR AT PATHEOS Evangelical
1 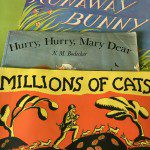