You Shall See And Be Radiant 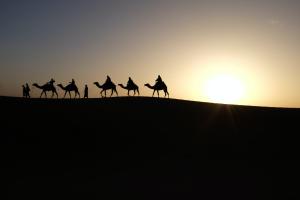 Well, I’m sorry to say that Christmas is over. I missed the Awesome Anglican 12th Night Zoom Party by falling dead asleep ten minutes before it started. Didn’t mean to, but, well, I was toiling through a long informational article to pass the time, and it was so scintillating that I didn’t wake up till midnight when the kitten began to slaughter his evening mouse. Sorry guys!!

But just because Christmas is over doesn’t mean the feasting should stop. Matt is going to roast two large fowl this morning so we can celebrate with yet another large dinner. I think I’m going to try to make dhal, and other sorts of interesting and exotic delicacies to mark what has always been an important day for the church—no, not rehashing some humiliating political moment, but the Feast of the Epiphany, that stranger occasion when the far reaches of the world came forth, following the light that dawned from on high, to worship the King.

I’ve been slowly toiling through Jeremiah over the last few months, not making headway because I keep forgetting what I read the day before and having to go back to try to remember. This morning I found myself back at that point when Zedekiah, unwilling to do what Jeremiah warned him was necessary to draw back from the brink of disaster, instead runs away and is caught by the armies of Nebuchadnezzar. He is brought before that foreign king who passes sentence on him:

It’s such a spare narration of such an astonishing turn of fate—one that everyone except Jeremiah and his secretary could not imagine would ever happen, though they had been told so often that it would if they did not repent. Being so spare, so matter of fact, it is blindingly easy to miss the fathoms of grief that encompass the substance of such a destruction. Everything that God had promised and given was suddenly lying in rubble. Why, everyone living through it asked themselves over and over again, would God let this happen? The answers that God was giving in the moment were so beyond comprehension that they kept asking, sightless, stumbling around trying to understand.

The trouble is that if you don’t expect to see something, even if it is standing right in front of you, you won’t see it. This, tragically, happened to me recently. I was reading through a form and skipped over relevant bits of information because it just didn’t occur to me that that sort of information would be there. Though my eyes were looking down at the page, I didn’t see—literally—what was right there in front of me.

It’s easy in an age of over-information, where nothing is spare—no unemotional reporting about anything exists anywhere—to miss news or important items that would be helpful to be able to understand the seething swirl of political and cultural events happening right under our noses. We see what we want to see, even while our eyes are so dimmed that they don’t behold the greatest Truth right there on the page.

Which is the astonishing mercy of Jesus—the King of the cosmos. Knowing that we cannot see or accept the answers he gives, nor do what he commands, that we cannot do anything but destroy all that he gives, he doesn’t then stand afar off, scolding us, waiting for us to grope our way, searching with our hands along the wall, looking for a light. Instead, he comes as the Light for everyone, Jew, Chaldean, any person blundering along, running away from one bad thing, and falling into a pit along the way. “Lift up your eyes all around, and see;” cries Isaiah, seeing far beyond the destruction of the house of the people and the broken walls of Jerusalem, “they all gather together, they come to you…you shall see and be radiant; your heart shall thrill and exult…”

And so, if you have any time at all today, you should not be cast down by the confusion and trouble that surrounds you. You should lift up your head to behold your King. He has the power to put everything in order, to make the rubble of your own soul into a house fit for him. 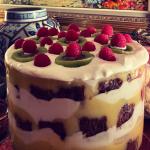 January 7, 2022 Five Boring Thoughts About Rewards On Friday
Recent Comments
0 | Leave a Comment
"The depraved don't know that they are depraved."
Charlie Sutton Don’t Lose Heart
"I'm sorry to hear that (ie 2.) I do hope if you get to enjoy ..."
LucyL 7 Takes In All Directions
"I want any song I sing in the worship of God to make grammatical and ..."
Charlie Sutton That’s Not How Any Of This ..."
"I'd never heard of Norm McDonald and I'm glad you've introduced me to him. I ..."
Summers-lad Death on a Wednesday: John Shelby ..."
Browse Our Archives
Related posts from Preventing Grace