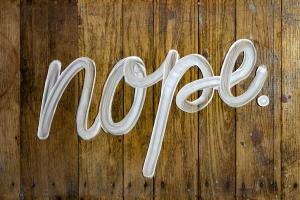 I know I’m cycling through the same four pictures, but for some reason, I’m not able to upload any new ones. Sorry!

There is a lot of bad stuff out there today, but the bad thing I dislike the most is this wretched take on the resurrection of Lazarus by Jesus:

Did y'all know that the story of Jesus telling Lazarus to "come out" was actually about "coming out" as a homosexual? pic.twitter.com/xZ6gAmWp3q

So, of course, it’s possible this person is trolling all Bible Readers everywhere, but it’s also possible that he really thinks that this is what the text is about. Either way, I just want to go on the record and say, as calmly as possible, that he’s wrong. Jesus called Lazarus to come out of the tomb not because he was trying to enact a metaphor about the oppression of LGBT people who are stuck in the closet/tomb of cultural disapprobation, but because Lazarus was actually dead and Jesus raised him to actual life. Dead people, as most currently alive people know, are not able to stand up and walk out of their tombs, on account of being dead, and so what Jesus did there was remarkable, and a foretaste of his own coming resurrection.

The thing I don’t like about right now is that people don’t seem to care about death. Why this is is probably multi-faceted. If you don’t think any judgment comes after death, a reckoning that could be uncomfortable and lasting a long time, then you probably wouldn’t care about what happens when you breathed your last. But I think another reason you might not care is because you’re so spiritually nearsighted that you have forgotten that you yourself will die. The person in this video does not really believe that he himself will die. He thinks that what is going on right now is the only thing that matters. He so desires everyone to accept him and tell him he’s lovely now, that he is not able to wonder what God might think about him for eternity.

And that is the definition of utter, ruinous, death-dealing foolishness. God will not be mocked. Get off TikTok, sir, and beg God to apply the blood of his perfect sacrifice to you so that you can be forgiven of your sins and gain eternal life. In the spirit of Jesus, this kind of commitment to sin and death makes me weep, and to long ever more for the actual resurrection. 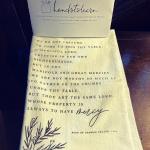 April 7, 2022 Also No
Recent Comments
0 | Leave a Comment
"Do you take dish soap with you? Or just rely on the boiling water to ..."
LucyL Some Reasons To Go Camping
"This is brilliant. The fam has been watching the re-make, but I have avoided it ..."
LucyL Of Pies and Men
"The depraved don't know that they are depraved."
Charlie Sutton Don’t Lose Heart
"I'm sorry to hear that (ie 2.) I do hope if you get to enjoy ..."
LucyL 7 Takes In All Directions
Browse Our Archives
Related posts from Preventing Grace

Evangelical
How Hot Are You?
Preventing Grace
TRENDING AT PATHEOS Evangelical

Am I A Historian? : On Presentism
This probably should have been my introductory piece, but now it has...
view all Evangelical blogs
What Are Your Thoughts?leave a comment
Copyright 2008-2021, Patheos. All rights reserved.
Close Ad