What Is the Best Thing to Be Done? 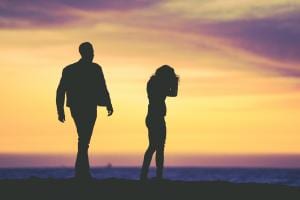 In between gaping at the newest campervans (which, for reasons I know not, Facebook’s algorithms seem to think I definitely want to buy, which I don’t, but they’re right, I’d rather browse cunning camping options than weird undergarments or exhausting and terrible dieting plans, both of which I am not interested in at all) and Met Gala outfits, I have been still scrolling through Twitter, watching the reactions of people to the possible end of Roe. Some of them are measured and reasonable. Others, as you might expect, are firey and impassioned, like Elizabeth Warren’s. This clip strikes me as perfect a blend of both real anguish and rhetorical rage:

Please watch this video. @ewarren is channeling the rage we are all feeling right now. Thank you, @SenWarren.

Poor women, she insists, and young women, will have the hardest time because they will be forced to bear and care for children and it will be too much for them. This one is also instructive, and, for the most part, completely true (apart from that statistic which was often been debunked):

Yes, Republicans have poured a lot of their eggs into the Supreme Court basket. I wouldn’t use the word “plotted” but certainly they have gone on and on and on about it over the last fifty years. Why is this? Because it was the Court that brought Roe into the world, and so they focused their energies on getting the Court to take it back out again. Of course, at the same time, Warren should notice that Democrats have done the same sort of thing with the LGBTQ smorgasbord of issues. The Republican work has been rearguard and, necessarily, reactionary–reacting to the relentless march of progressivism through every institution and cultural norm. Pushing back against something you think is wicked is not nefarious, it is literally how human society goes on.

I believe Warren that she, at least according to her feelings, cares about women and what kinds of issues they have. But so do the people who lobbied and prayed and worked for this day. We all care deeply. The question is not rocket surgery–what is the best thing to be done in a broken world–assuming we all agree with each other that it is broken, which seems obvious to me at least. Should we, as I saw many evangelicals suggesting yesterday, “solve” the problems of abuse, rape, incest, and inequality first before anything else? These are all upstream from abortion. The only reason we have to have abortion is that women end up in terrible situations. Get rid of those situations, and you get rid of abortion. To which one might respond, well, yes, why doesn’t everyone just stop sinning? Do that and then we will have the lovely world we all long for.

Unfortunately, that’s not how any of this works. Fighting to protect women from abuse ought to go on at the same time as ending abortion which, I would like to point out, is also an abuse of women. Abortion is a cheap and easy way to let men off the hook and destroy the very foundations of a peaceful and flourishing society that everyone says they desire. Of course men should bear responsibility for the children they participate in bringing into the world. That’s Literally What We’ve All Been Saying For A Hundred Years. In fact, get this, a brilliant and effective way to end the abuse of women is to culturally, spiritually, and corporately restore sex to its rightful place–inside lifelong monogamous marriage between one man and one woman. Strangely enough, that very sane idea does not seem to be on the table, even for many evangelicals.

UPDATE: I was wrong, someone is suggesting it!!

Ladies, a suggestion in light of the potential SCOTUS ruling:

In protest, you should refuse to have sex with men unless they are willing to enter some kind of contractual agreement with you to be faithful and provide for you and your children for life.

Well, I have to rush along. Have a nice day! 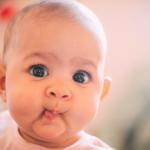 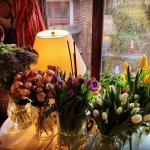 May 9, 2022 All the Flourishing Podcast and Links
Recent Comments
0 | Leave a Comment
Browse Our Archives
Related posts from Preventing Grace