Some Reasons To Go Camping 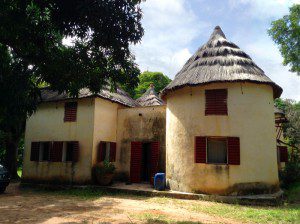 It’s Friday! In case you hadn’t noticed. I’m going to redeem my failure to blog yesterday by rambling on about camping.

A lovely friend this week expressed astonishment at my intention to go camping not just for a few days, but for an entire week, or ten days, before the summer is out. Matt and I plan to escape all our worries and cares by schlepping out to the wilderness (ha ha ha), and then, perhaps, we’ll drag our children out there, just to remind them that life is no joke, that it can’t all be ice creams and swimming in the Mediterranean. Sometimes they have to face facts and go out collecting wood for the fire without getting bitten by ticks because that’s just how it is.

My friend is not alone in her surprise. Many of my In-Person Friends (as opposed to my Online Community) raise their eyebrows year after year when I rave about what a good time I’m going to have. If you, having not yet met me in real life, were to walk into my maximalist house and see my fussy garden and the degree to which we disarrange ourselves to make even our pets comfortable, you wouldn’t think, ‘Anne clearly loves to camp.’ You would think, ‘She must spend a small fortune on hotels wherever she goes.’ There is a disconnect, in other words, between my stated loves and my corporeal circumstances–or at least it looks like there is. But actually, there isn’t.

I love camping for three reasons. The first is that it does make me nostalgic for my childhood home in Mali, which by no means could b construed as camping, but which can only be replicated in this country, as it were, by pitching a tent and wandering off with an empty milk jug to search out a water spiggot. That is, I grew up without electricity and running water, without the ubiquitous hum of appliances, without being able to go and turn on the tap or hit the light switch. But, you might wonder, didn’t I hate growing up that way? Didn’t I long to come to “civilization” and the comforts of the grid? Indeed no. Verily verily I say unto you, the thing that is so wrong and disordered about modern life is that we live divorced from the regular cycle of sun and moon, of light and dark. We are able to stay up until midnight, and sleep past the rising of the sun. We do not have to constrain the mind to live in accordance with the needs of the body. We don’t have to take the time to cook food, or do dishes–not in a real way. All of our appliances “do it for us” and so the material circumstances of life always weigh heavy, inconvenient and irritating, rather than being what you do because you want to live and not die.

That is to say, if you live in Africa without electricity, and you don’t want to be bitten by a snake, you had better fill your lamps before evening so that you can have the light you need to cook your supper and get safely into bed. And you don’t want to die of dysentery, so you had better keep your water filters clean and properly functioning. All these sorts of tasks keep the sure and looming certainty of death in its proper perspective. I, personally, find it restful to return, yearly, to the sanity of my youth. I did just call it nostalgia, but I actually think it is the opposite of that, whatever that is.

But I think I also love camping because I do it differently from the average New Yorker. Most people around here plug their campers into their generators and string up their lights. They lug all the things they love about home–electricity–out to the lake and continue life in the way they feel most happy. And I do that too, except that I hate the artificial lights and the generator, and I also hate paper plates. I, too. take all my stuff with me, but I take the dishes I like best, and the flowers from my garden, and a big metal tub to do the washing up by boiling water over our little camp stove, and a mattress and a duvet because I hate sleeping bags. I am exactly like the people with their campers, except that I like different things. That said, I do yearn and long for one of those teardrop campers, not for the sake of the electricity, but because they are adorable, and I think opening up the little hatch and cooking out of the back of one would be excessively cunning, and also, I’m getting old and at some point, I’m going to need a thicker mattress. If I could acquire a teardrop camper, I think I would lack for nothing.

I think, though, that camping the way I do would deeply exasperate most everyone, because, in a deep and profound way, it is a stupid way to live. Modern life is filled with appliances because it isn’t right or fair to, say, indenture a lot of servants, which is how life was bearable for a small handful of people for so many centuries. The classes had to be stratified so that a few people could be moderately comfortable. Whereas now, even the poor can be warm and fed. This is a net good. If I had to live without electricity all the time, I would probably enjoy greater mental health, but I would also only have five more years of expected life, rather than another twenty. I wouldn’t even be able to blog right now. I wouldn’t be able to have all the various kinds of relationships–in person and online–that I enjoy. It is stupid to long for a past that had baby cemeteries tucked into every corner and depended on classes of people scrubbing the grate to a shine so that one person could collapse back on her fainting couch because of struggling to breathe all afternoon because she insisted on tying her corsets a touch too tight.

But it’s also stupid to valorize the present. We don’t bother to bury our babies. We are addicted to throwing them away because we are too poor to see how rich they might make us. And we don’t have servants, but we do have shiny screens that glow bright day and night, teaching us, instructing us intimately in ways of self-worship hitherto only dreamed of by Satan himself. We are not good, though our technology tricks us into believing we are. Camping, for me, is a way of reminding myself of that fact.

And now, if you will excuse me, I have some more Twitter to scroll through. Have a nice day! 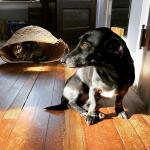 July 25, 2022 It's Summer and So I'm Having a Bit More of a Break
Recent Comments
0 | Leave a Comment
Browse Our Archives
Related posts from Preventing Grace