5 Ways to Breathe Life into Workplace Conflicts: Garbagemen are Cooler than You

5 Ways to Breathe Life into Workplace Conflicts: Garbagemen are Cooler than You April 14, 2015 Sarah Conrad Sours

This post is the fourth in a series suggesting a process by which some workplace conflicts can be defused, resolved, or eliminated.  I’ve already suggested taking a deep breath and reminding oneself that People are People or that Money Doesn’t Exist or that going beyond what the law requires is a good thing.

Another helpful thought: “Garbagemen are cooler than you.”

Several years ago, Dr. John Gottman identified four key relationship-killers that he called the Four Horsemen of the Apocalypse.  The most destructive, he said, is contempt: whether openly expressed or privately thought, contemptuous evaluations of a person with whom you are in a relationship tend to kill that relationship (or signal that it is already dead).

It is not to hard to generalize the observation.  Marital relationships aren’t the only ones that are killed by contempt.  All the various relationships you have at work are also impossible to sustain in the presence of contempt.  Whether your employee or your boss or your senior manager or your junior colleague or the temporary summer intern deserves that contempt is beside the point.  Once contempt has entered the relationship, the relationship is almost beyond saving.

I say almost because contempt, like other emotional states, is plastic.  It is less malleable than annoyance or desire or fear or delight, but there is just enough give in it for the truly determined to work with.

You may have noticed some of the ways you manipulate your own emotions.  Perhaps a significant date–an anniversary or a birthday–gives you a little spark of pleasure, and you extend that pleasure by pulling out the wedding album or the baby book and looking through pictures that document the happy event you’re remembering.

Or perhaps while you’re in the midst of delighting in the righteousness of your anger you rehearse in your mind the deed that caused it, perhaps embellishing it a bit more every time you rehearse it.  Right when the curtain seems ready to fall on your anger, maybe you call to mind past insults and grievances, savoring the pleasure of feeling justly enraged.

More than giving yourself permission to feel the way you’re feeling, you positively enact the continuation of that feeling, choosing activities and thought processes that strengthen the emotion you’re trying to sustain.

Or you choose activities and thought processes that stifle emotional states you don’t want to continue: self-talking your way through a bout of stage fright, or forcing a smile to corral a stray moment of annoyance, or pulling your mouth and eyes in to a frown to remind yourself that you really don’t want to enjoy that sort of joke, or singing and doing jumping jacks to stave off boredom and fatigue.

Contempt is harder to work on.  It often comes at the end of a long history of negative interactions, or after a singularly awful single interaction.  The memory of that history or that one incident may be overwhelming, too powerful for mere self-talk or a forced smile to overcome.

Anger gets more attention as a relationship-killer, but I agree with Gottman that contempt is worse.  Anger arises from a perception of having been wronged, a judgment that someone has done you wrong; there is a core of moral discernment there.  Contempt arises from a perception of being superior, a judgment that someone is beneath you.  The only thing at its core is pride.

The only cure for such contempt is humility.

And the most helpful thing in the world to have around when you need a dose of humility is a five-year-old boy.

No matter what your claims to status, power, self-worth, or superiority, he will be happy to remind you that garbage collectors are way, way cooler than you. 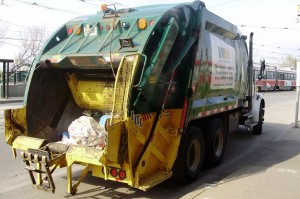 They drive enormous, loud, brightly-colored trucks.  The trucks have moving parts.  Some workers even get to hang on the back of the truck.  While it’s moving.

Being able to write a three-hundred-page dissertation?  Understanding the US tax code?  Arguing before the Supreme Court?  Performing heart transplants?  Selling air?

All that gives you nothing on those awesome garbage collectors, in a five-year-old’s eyes.

(Okay, when he’s just a hair older, he’ll probably love to hear about you cutting open someone’s chest cavity.  But nothing can redeem dissertation-writing.)

When you’re in the midst of workplace conflict, and you can’t quite keep that little nose-wrinkle of contempt off your face, take a deep breath and think of him.

Think of his little eyes lighting up, his arms waving excitedly, his nagging-est, pestering-est little voice squealing about going to the window to see the awesomest people he knows–and remind yourself that you’re nothing compared to them, in his eyes.

It helps, when you need to see the person in front of you through new eyes of your own.

April 10, 2015
5 Ways to Breathe Life into Workplace Conflicts: Outrunning the Law is a Good Thing
Next Post 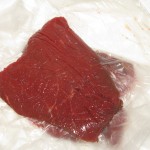 April 18, 2015 (Un)Professionalism and the "Vet of the Year"
Recent Comments
0 | Leave a Comment
Browse Our Archives
get the latest from
Best of Patheos
Sign up for our newsletter
POPULAR AT PATHEOS Faith and Work
1

CRT Part 2: What is Critical...
(re)integrate
Related posts from Profession of Faith