(Un)Professionalism and the “Vet of the Year”

(Un)Professionalism and the “Vet of the Year” April 18, 2015 Sarah Conrad Sours

The professions–I use the word in its technical sense–carry with them an expectation of virtue, a presumption that a professional–a person devoted to one of the professions–will be the same person on and off the job.

Pastors should have a vibrant devotional life.  Lawyers should care about justice.  Nurses should be kind, especially to those who are hurting.  Academics should be intellectually curious, even beyond their fields of study.  Journalists should be truthful, even on their personal social media accounts.  Kindergarten teachers should be patient with young children, even those who are not their charges.

Social media trends document this expectation: a story is more likely to “go viral” if it contains an ironic or coincidental violation of these expectations.

So, an ordained professor of theological ethics who gropes a sleeping woman on a plane . . . well, the case is so bizarre it can only raise questions of sudden-onset mental illness.  But nothing short of complete exoneration of the accusation could have saved his career, and even that might not have done it.  We expect our ethics professors to have, well, ethics, even when they’re off the clock.

Similarly, a veterinarian who gleefully kills stray animals, especially those people tend to keep as pets, is courting professional disaster.

The currently trending case is not morally complex–if the woman’s social media post was factually accurate, she did something illegal as well as unprofessional.  Killing stray cats, feral or not, is against the law.

And she seems to have been aware of the dissonance between her actions and the expectations of her profession.  “Vet of the year award . . . gladly accepted” proclaims, indeed, a positive intention of flouting it.  How she expected to stay employed as a vet is beyond me.

But both cases suggest more interesting possibilities.  What if, for example, the ethics professor had merely been caught committing adultery?  Sure, he would imperil his clergy status–we still expect our clergy to have sexual ethics–but could he still teach ethics?

Or if the vet had taken a selfie eating contrefilet de cheval while vacationing in Paris?  Horsemeat is widely accepted as food around the world.  That doesn’t negate her ability to care for a family’s beloved riding horse.

Or what about lapin à la moutarde, which she could make with ingredients in any American supermarket?  Isn’t it possible to help a family keep little bunny Fluffy healthy and happy while also enjoying Fluffy’s cousin in a nice stew?

“Animals we raise for food” and “Animals we keep as pets and ask our vets to care for” are overlapping sets.  Are vets displaying professional failings when they partake of dishes made from animals that happen to be in both sets?  Fluffy’s owners probably think so, but are they right?

Or imagine a pediatrician that posted her contempt of “breeders” and “crotch-droppings” on an online Childfree By Choice support group.  She should expect some professional blow-back.  Never mind that she may be expressing her frustration at her mother’s incessant pestering for grandbabies, or her male colleague’s presumptuous assurances that when she’s forty-five she’ll regret her choice not to have children.  Never mind that it is perfectly possible to have a professional competency in something that holds no personal interest for you.  No one wants his child’s pediatrician to hate children.

The professions may well be the last remnants of a society that expected persons to have the same virtues–to be the same people–in public and in private.

One wonders, though, how much longer that remnant will last.  The right to a private morality which is not open to public scrutiny, the right not to suffer in one’s access to housing and employment because of one’s private beliefs and practices–these rights are imperiled by professional guilds and associations, exactly to the extent that they try to enforce a more robust code of ethics than that strictly required by law.

But the very notion of the professions defines them quite precisely as something that requires more–more training, more education, more dedication, more ethical demands–and their practitioners must be willing to submit to the burdens that “more” requires.

Whether and to what extent commercial businesses are expected to conform to a public morality which may be in conflict with its owners’ or employees’ “private” beliefs is a hot-button issue at the moment.  I don’t know how that conflict will be settled.

But it’s worth noting that the problem does not exist only in commerce, and whatever solution we come to will not remain confined to the business world.  It may very well be that the concept of professionalism is unsustainable in a society that enacts an inviolate separation between public and private morality. 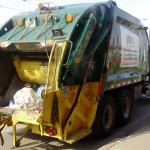 April 14, 2015
5 Ways to Breathe Life into Workplace Conflicts: Garbagemen are Cooler than You
Next Post 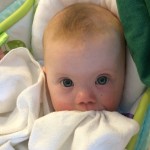 April 22, 2015 Thank you, Jesus, for phlebotomists.
Recent Comments
0 | Leave a Comment
Browse Our Archives
get the latest from
Best of Patheos
Sign up for our newsletter
POPULAR AT PATHEOS Faith and Work
1

CRT Part 2: What is Critical...
(re)integrate
Related posts from Profession of Faith