The Powerball potential payout has once again risen to impressive levels, prompting sometimes-gamblers to buy a ticket or two and dream about what they’d do with their winnings. It’s also prompted bloggers and journalists to dash off a few half-baked, half-researched articles, usually recycling the same partial information they used the last time Powerball or Mega Millions payouts got themselves noticed.

Many little pieces focus on whether winning the lottery makes you happy: oddly enough, the same handful of studies and anecdotes can be cobbled together in support of a no, or a yes, or a who knows?. (My take: it can’t make you happy, because only moral goodness can make you happy. But it can give you more options, which is sometimes a good thing.)

There are, of course, certain problems with state-run lotteries, quite apart from whether or not they tend to make winners miserable and broke. But incisive reporting and rational thinking are way less fun than rehashing salacious stories and daydreaming about what you’d do.

One of the more interesting pieces I found when I half-researched this half-baked post was this one: a Gallup poll on what Americans believe they’d do about their jobs if they won a mega-lottery.

Such a poll can’t really tell us much about what people actually would do, but what people think they’d do tells us a lot about how they feel about their present situation.

The fact that two-thirds of Americans think they’d continue to work, mostly in their present jobs, even if the lottery made them independently wealthy, suggests that many Americans value employment for more than the basic necessities it enables them to secure. Most of us work because we feel we have to, yes, but we can’t imagine not working just because we don’t have to. Being a contributing member of society matters to us more than simply being wealthy.

Or, more probably, those of us who have no choice in the matter have become Stoics, more or less: choosing to find happiness in our actual circumstances rather than longing for what we have no control over.

Still, if I were an employer, I would be cheered by this news. People are, by and large, able to think well enough about their employment situation that they don’t harbor fantasies of, as John Oliver put it, “marching in and telling everyone to go [redacted] themselves, before flipping their desks over and storming out.”

It is telling, though, that many younger employees do imagine themselves changing employment situations, if they suddenly became wealthy. They want to work, they value employment, but something about the job that they’re presently doing is unsatisfying to them.

I’d especially like to know if it were something intrinsic or extrinsic to the job I’m asking them to do. Is it something about their private lives that makes the job I’m offering less happy-making than it could otherwise be? (Proximity to extended family? Accessible community resources? Living situations? Educational opportunities for their children?) Or can the job itself be made more rewarding? (More self-direction? More control over scheduling? More social opportunities with colleagues? More recognition for worthy work?)

Increasing employee happiness is always a good project, and increasing financial compensation and other practical benefits is an easy place to start. But there might be other ways to make employees more attached to their jobs, more invested in the success of their common enterprise, more likely to stay even if they have the chance to go.

There may not be a whole lot of safe ways for employees to share their discontents with their employers, but if I were an employer, the question of my employees’ well-being would constantly be at the forefront of my mind. 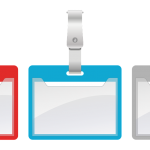 December 29, 2015
How Introverts Work: Quietly, Even in Large Groups
Next Post 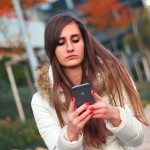 Anchor Your Calling For Work After...
Marketplace Faith
Related posts from Profession of Faith 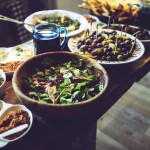 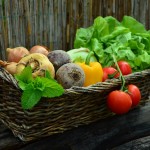 Faith and Work
The Work of Our Hands
Profession of Faith 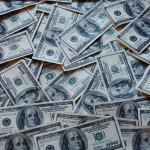