For fourteen years I was a youth worker who identified as a progressive Christian and served in progressive churches. I quickly realized that the vast majority of the youth ministry publishing and conference world was monopolized by more conservative evangelicals. With every book I read and every conference I attended, I found myself having to constantly translate and filter content in order to tease out nuggets of material that would be transferable to my context. When a few youth ministry books and events started to ride the emerging church wave, I felt that they were rarely as unabashedly progressive as I wanted to be.

So in 2012 I started dreaming of a new kind of youth ministry conference. I reached out to Tony Jones and the JoPa Group and we began to plot a unique event. When I met a bunch of progressive youth workers who felt isolated and fearful for their jobs at the second Subverting the Norm conference in 2013, I knew that there was a tribe looking for a place to gather for support, encouragement, and inspiration. That same year Tony and I co-founded the Progressive Youth Ministry conference and we launched our first event in 2014.

Three weeks ago we held our third successful conference, having moved PYM from my former base of operations at Fourth Presbyterian Church in Chicago to the historic Cathedral of Hope in Dallas. (Read reflections from me, Tony, Lena Hilder McCain, Tina Itson, and Dan Haugh.) We’ve already scheduled PYM17 for March 8-10, 2017 at Montreat Conference Center in North Carolina.

After our first three years, it’s clear that PYM is more than just an event—it’s a movement. So in addition to our active FB group and FB page, we’re launching this blog to extend the PYM community deep and wide. I’ll be the lead writer and curator of a diverse lineup of bloggers on the cutting edge of progressive youth ministry.

To whet your appetite, we’re pleased to share Rob Bell‘s amazing keynote address from PYM16 three weeks ago. Consider this Rob’s generous gift to progressive youth workers everywhere. We hope you’ll share it with other youth workers and volunteers. This is what youth ministry looks like on the leading edge of the progressive Christian revolution.

December 22, 2016
Friends of Time: youth ministry and the clock
Next Post 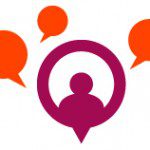 The Answer Is "Yes": In Christ It Has...
But as surely as God is faithful, our message to you is...
view all Progressive Christian blogs
What Are Your Thoughts?leave a comment
Copyright 2008-2021, Patheos. All rights reserved.