I’m a little off on my lectionary reflections, because this one is actually about yesterday’s texts for Trinity Sunday. In particular, I am fascinated by the inclusion of Proverbs 8:1-4, 22-31 as a reading for the one Sunday of the year set apart to reflect on the mystery of the Trinity. What were the designers of the Revised Common Lectionary getting at by including this passage about wisdom personified as a woman on Trinity Sunday?

First, let me say that my overall thinking about the Trinity has been greatly influenced lately by the notion of entanglement from the field of quantum physics. Rob Bell has made great use of this concept in his Everything is Spiritual tours and in What We Talk About When We Talk About God. Nobody does it better and more accessibly than Rob, but you can also find a more comprehensive historical treatment in Ernest L. Simmons’ The Entangled Trinity and a more philosophical take in Catherine Keller’s Cloud of the Impossible. The basic insight is that the universe is built on relationships of energy which behave in ways we don’t fully understand. What a fascinating intersection with the ancient Christian notion that the nature of God is essentially relational.

(BTW, how amazing is it that Rob is sharing his recent Everything is Spiritual tour film for free! You can read my review of the talk when I saw it last summer in Richmond here.)

Now, on to how Woman Wisdom fits into Trinity Sunday. In his commentary on this passage in Feasting on the Word, Douglas M. Donley connects the female personification of Wisdom with the Holy Spirit, as if Wisdom is simply another way of naming the Holy Spirit. I suspect that this is the connection that most people make.

However, Juliana Claassens’ commentary at Working Preacher guided me to another option. Years ago, Roman Catholic feminist theologian Elizabeth A. Johnson wrote an essay—“Jesus, the Wisdom of God: a Biblical Basis for Non-Androcentric Christology”—demonstrating how numerous New Testament passages associate attributes of Woman Wisdom with Jesus. Examples include Colossians 1:15; Hebrews 1:3; and 1 Corinthians 8:6. In 1 Corinthians 1:22-23, Christ is actually called the Wisdom of God. Johnson goes on to show how the Christologies of Matthew and John are influenced by wisdom themes. However, John’s substitution of logos for sophia and Philo’s disparagement of the femininity of Sophia resulted in the female aspects of divinity being suppressed in Christology in favor of masculine aspects. (If you can’t find this 1985 essay from Ephemerides Theologicae Lovanienses, Johnson also covers this material in her classic book She Who Is.)

Consider, then, these fascinating conclusions drawn by Johnson:

What is being argued here is the possibility of a christology which is faithful to the hard-won insights of the tradition but which uses, in addition to categories of Father and Son or God and his Word the categories of Sophia-God and her child, who is Sophia incarnate. (“Jesus, the Wisdom of God”)

What does it mean that one of the key origins of the doctrines of incarnation and Trinity lies in the identification of the crucified and risen Jesus with a female gestalt of God? Since Jesus the Christ is depicted as divine Sophia, then it is not unthinkable—it is not even unbiblical—to confess Jesus the Christ as the incarnation of God imagined in female symbol. Whoever espouses a wisdom Christology is asserting that Jesus is the human being Sophia became; that Sophia in all her fullness was in him so that he manifests the depth of divine mystery in creative and graciously saving involvement in the world. The fluidity of gender symbolism evidenced in biblical Christology breaks the stranglehold of androcentric thinking that circles around the maleness of Jesus. Wisdom Christology reflects the depths of the mystery of God and points the way to an inclusive Christology in female symbols. (She Who Is)

This is powerful and, given our current debates about gender identity, profoundly timely. Consider the implications of recognizing that Jesus was a biologically male incarnation of a female aspect of God. Two weeks ago, Daniel Kirk suggested that God does not have sex—which is a biological category—but does have gender—which is a social or cultural category—and that God is both male and female. Could it be that Jesus also reflects both genders?

Could it be that the mysteriously entangled Trinity also reflects gender fluidity? Progressive Christians believe that LGBTQI people, like all people, are created in the image of God. Perhaps this is not a contemporary insight or an abandonment of ancient traditions. Perhaps this notion of radical inclusivity can be traced back to the foundations of the tradition itself, eclipsed as it may have been by patriarchal religion. 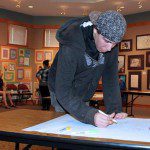 May 20, 2016
Youth Collectives: from Bend to Nebraska City
Next Post 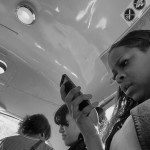 May 24, 2016 #FOMO
Recent Comments
0 | Leave a Comment
"Try this: https://www.youtube.com/wat..."
Ken Bussell In Search of Progressive Worship Music
"I agree 100% but I wish I had read this 10 years ago!!!Great article Wes. ..."
Clare Cotter The Definition of Youth Ministry
"The Many is an intentionally diverse group of artists creating new music for worship that's ..."
LenoraR In Search of Progressive Worship Music
"I am seeing a growing anti-social trend (Clock Zero by anonymous) is another example. I ..."
Ivan Kudder The Election Is Changing My Mind ..."
Browse Our Archives
Related posts from Progressive Youth Ministry 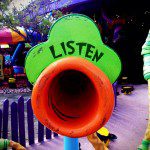 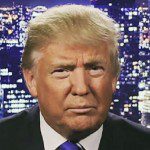