Last month we called your attention to a survey that explored the impact of high-profile bullying on our young people, with a particular emphasis on Donald Trump’s presidential campaign. In this guest post, Joseph Feldman responds to the findings of his survey.

Two of the most famous names associated with New York City apartment buildings have been in the news lately, and they combine to provide a teachable moment worth thinking about and worth acting on.

Kitty Genovese was killed outside of her Queens apartment in 1964, while neighbors reportedly heard screams but did not come to her aid or phone the police. Her murderer died in March, recalling both her death and the shadow that event cast on the moral consequences of inaction and the burden we carry when leaving initiative for others.

Throughout the 2016 presidential campaign, the persistent bullying of Donald Trump—now the presumptive Republican nominee—has prompted an astonishing range of observations and concerns, primarily limited to their relevance for the current election season and the lost days of political civility. But there is much more at stake.

Ms. Genovese and Mr. Trump may seem like unexpected co-contributors to a teachable moment.  However, my recent online interview of experts, parents, and other observers on bullying suggests that to not respond to Mr. Trump’s bullying is to miss a crucial opportunity. In nearly fifteen years of volunteer work with youth social service organizations, I’ve learned much from the professional experts who focus on issues regarding healthy and emotionally secure youth, so I reached out for input regarding the broader implications of high-profile bullying. (You can download the survey results here.)

A K-8 school counselor in North Carolina reported, “[W]e have already had several incidences of students repeating what they’ve heard on the news to other students who are minority. The parents argue that if it is said during the Presidential election the students should not be punished.” And from Massachusetts, a middle school guidance counselor commented, “[F]or them to be seen daily, repeatedly spewing hateful, bullying rhetoric is irresponsible, uncharitable, impolite; and I’m not so sure that some don’t cross the line to illegal.” A community college sociology instructor in Phoenix added, “It is my experience that although teachers and community leaders condemn ‘bullying’, those same folk are often unlikely to stand in defense of ‘unpopular’ populations, and thus will often fail to model important advocacy behaviors.”

Indeed, it may be more natural to withdraw rather than confront bullying. Yet that instinctive reaction—really a lack of reaction—runs contrary to our intellectual understanding that the use of force, threats, intimidation, and aggression is likely encouraged by our withdrawal. And so the cycle continues with more bullying.

“Our understanding of victimization and even violence points to particular dysfunctions in how groups operate, whether in schools, workplaces, or in the broader community,” observes Stuart Twemlow, M.D., co-author of Preventing Bullying and School Violence and a recognized authority on bullying.  “The roles of victim, victimizer, and by-stander vary greatly across situations, though certain actions seem broadly recommendable: first, fostering opportunities for individuals to experience the perspective of others (‘walk a mile in their shoes’); second, focusing on building bridges and relationships, not relying on rules and directives; and, third, encouraging and training leaders for the hard work of engaging when bullying occurs.”

The temptation of the by-stander to avoid the tough conversations or to consider political discussion somehow above reproach is regrettable.  It is incumbent on teachers, clergy, journalists, and parents—indeed all adults—to avoid that temptation and, by word and action, affirm that the victimizer is unacceptable in any form.

So let’s take the opportunity to speak up for values and respect. Let’s be “up-standers” rather than “by-standers”.

Joseph Feldman is Board President of Warming House Youth Center, a teen drop-in center in north suburban Chicago.  He previously served as Chair of the Wilmette Youth Commission and was co-founder of the New Trier Township Alliance for Youth. 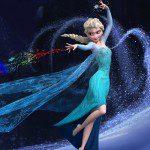 May 12, 2016
One Way or Another, #GiveElsaAGirlfriend Will Make a Difference
Next Post 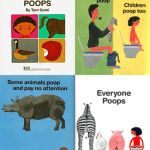 May 14, 2016 God Peed and Pooped Too
Recent Comments
0 | Leave a Comment
Browse Our Archives
Related posts from Progressive Youth Ministry