Where is the Spirit in Progressive Christianity?

Where is the Spirit in Progressive Christianity? May 9, 2016 John Vest

I wrote my previous two lectionary reflections from a travel seminar in Ghana, during which I had my first substantive encounters with the global Pentecostal and charismatic movement. I’ve been interested in charismatic Christianity since I was in high school and some of my youth group leaders “went charismatic” and were essentially kicked out of our church. I explored a variety of Pentecostal and charismatic churches in Houston during my first year of college but never found a good fit. I read Harvey Cox’s Fire From Heaven and wrote a paper about charismatic Christianity as a mystical experience as defined by William James. I’ve read about pentecostalism as part of the “next Christendom” of global Christianity, but this trip to Ghana was my first direct experience.

A week after leaving Ghana, I’m still thinking about the ways mainline churches like the two Presbyterian denominations we visited have embraced aspects of charismatic Christianity. In many respects this is a stopgap measure to prevent young people from switching to the more popular Pentecostal and charismatic churches. Yet it must be recognized that the popularity and influence of this movement is due in large part to the way these forms of Christianity meet the holistic spiritual needs of the Ghanaian people.

What about the holistic spiritual needs of people here in North America? Maybe it’s just me, but I think there is a deep longing in our post-Enlightenment culture for experiences of the divine that transcend materialism, secularism, and overly abstract or intellectual forms of Christianity. North American forms of charismatic Christianity are popular for many of these reasons, but there is little intersection between this movement and progressive Christianity.

As we prepare for Pentecost this week, I wonder where we find the Spirit in progressive Christianity. We often talk about “God” in a generic way that may or may not reference the Trinity as a whole, tend to emphasize the humanity of Jesus more than his divinity, and rarely reflect on the nature and role of the Spirit in our lives and in the world. In my Presbyterian corner of the mainline Protestant world, we typically only invoke the Spirit before we make a parliamentary vote. Not very inspiring.

As I mentioned last week, I suspect that a reengagement with the Spirit can be found in the retrieval of contemplative spirituality and practices like healing prayer. I think it’s also the case that so-called “spiritual but not religious” people are looking for something they rarely find in traditional churches—namely, the Spirit.

What about you? Do you think or talk much about the Holy Spirit? Where do you experience the Spirit? Does this shape your youth ministry in any way? Would you like it to? 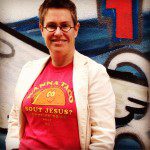 May 6, 2016
This is What Youth Ministry Means to Me
Next Post 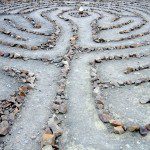