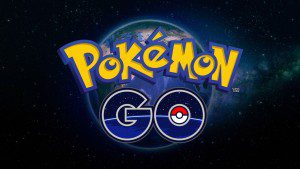 On Sunday I walked out of church after guest preaching and across the street.  I saw a group of high school age kids hanging out under at tree at a high school.  Did I mention it was Sunday?  Maybe you have noticed the same sudden and odd behavior in young people over the last few days.  Have you seen the groups of mostly young guys hanging around an odd location, like a historical marker sign, staring at their phones together and occasionally getting excited? 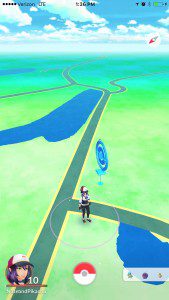 They are probably playing a game on their phones called Pokemon GO.  The basics of the game are simple: you walk around malls and streets tracked by your phone and catch Pokemon who pop up.  But there are these places called Pokestops where you can swipe the icon every so often and get free items like Pokeballs (to catch Pokemon), incense (to attract Pokemon to your location), eggs (that hatch by being incubated by walking), and more. At these pokestops you are able to use an item called a lure to attract Pokemon to the Pokestop. However, unlike the incense, the lure will attract Pokemon that everyone at the Pokestop can catch with you. Each lure lasts 30 minuets. And if you are buying the Lures through the store with gold they work out to about $5 a piece.

A big part of ministry is going out where the people are. Who doesn’t love it when a youth director shows up at soccer games and concerts? If you are a fisherman you don’t sit in your house expecting the fish to come to you, you go to where the fish are. And right now youth and young adults are gathering around Pokestops.

So on my day off from being a camp chaplain, I play Pokemon GO and hang out with youth and young adults I didn’t know for half an hour at a time. In half an hour conversations can get so much deeper than “Caught any rare Pokemon today?”  Many churches even have Pokestops on their property or even a Pokemon Gym.

Now, as with all things, it has its down sides. People are getting hurt as they distractedly stare at their screens while walking, riding bikes, or driving. However, the game offers something so rare in our modern society: a socially acceptable opportunity to start a conversation with young people.

There are so many questions you can ask to start a conversation.

“Are you playing Pokemon GO?”

“Catch anything cool yet?”

“What level are you?

“What made you want to join that team?”

What is so remarkable about Pokemon GO is that the number of users is closing in on twitter and the app is barely a week old.  One of my favorite things to do with youth is go out and do different things.  I’ve gone thrift-shopping, played laser tag, painted pottery, played dodge ball on trampolines, ridden rollercoasters, passed out pizza to anyone who wanted it, and now I intend on going on an augmented reality adventure with youth to catch some Pokemon.

In studying about evangelism we talk about making sure we get out and go meet people instead of expecting people to come to us. But now if you’re at a major Pokestop or Pokemon Gym people will actually just come to you, especially if you turn on a lure. Can you believe it?  There is an attraction-based method of evangelism that might actually work! 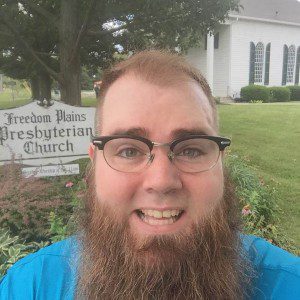 My goal isn’t to jut run into new youth through Pokemon GO, my goal is to begin new relationships with youth and create a community around fun, and as always God will be present and known.

To learn how to play check out this link. And just a tip: if you want to start the game with Pikachu just walk away from the first three choices and when they reappear the 4th time Pikachu will be with them. 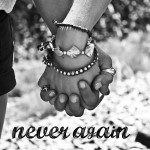 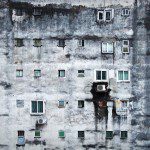