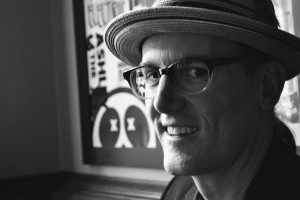 Yesterday Kevin Alton outlined three kinds of myths: true myths, false myths, and willful ignorance. Today he unpacks the church’s preference for the third kind of myth. Kevin is a full-time freelance youth ministry creative. He’s the co-founder of Youthworker Circuit, content curator for Science for Youth Ministry, and can be found on most social media as @thekevinalton.

Deep down the church knows that, in its current state, it won’t hold up well to scrutiny.

Take this issue of myth. My entire life I’ve heard arguments about the appropriateness of labeling anything in scripture a myth—as though if Jonah, Job, and Esther turned out to be literary characters and we didn’t all descend from two literal people made out of something else that God had just made, the whole thing falls apart. These arguments don’t see any value in our first kind of myth, the kind that’s simply trying to make sense of things. But devaluing that kind of sense-making in scripture automatically degrades its nature to the second kind of myth—the kind that answers to fact-checking and provability. That was never the intention of our most ancient stories. Suddenly scripture is on trial in the wrong courtroom.

But I don’t think that’s the problem.

I think the problem is that Christianity, particularly in America, prefers myth. But here’s the kicker: it prefers the third kind of myth. The one that’s a carefully constructed and maintained illusion of disinformation. The kind that you’re not supposed to talk about if you happen to notice it. We have built a version of Christianity that’s so far from the kind of living Christ talked about that we don’t even realize it. We’re not close enough to it to even draw comparisons! Stephen Colbert, while still hosting The Colbert Report on Comedy Central, crisply observed this point: “If this is going to be a Christian nation that doesn’t help the poor, either we have to pretend that Jesus was just as selfish as we are, or we’ve got to acknowledge that he commanded us to love the poor and serve the needy without condition and then admit we don’t want to do it.”

No wonder people get so twitchy about talking about myth. You can’t poke many holes in an inflated balloon before it pops. By not engaging in conversation about myths in Christianity, we’re able to comfortably live in myths about Christianity.

Here are a few that I’ve noticed:

1. The myth that we are persecuted in America.

Christians flock to thinly-plotted movies like God’s Not Dead and, unsurprisingly, God’s Not Dead 2, which rally around truly impossible storylines where people are “persecuted” for their faith. In the first, a college student must prove God’s existence or fail. Right. In the second, a teacher answers a question about Jesus in the classroom, is sued by a student, and ends up on trial for her faith. It’s hard to know where to begin talking about where one thing-that-would-never-happen stems from three other things-that-would-never-happen in that storyline. But we can all feel good about the way they overcame that made-up persecution. Heck, I feel like I’m back in the early church.

This response from Christians is to be expected; remember, we’re in the third kind of myth. Willful ignorance. Now that we’re convinced we’re being persecuted and downtrodden, it makes it much easier to buy into…

2. The myth that we can have privilege without accountability.

I was on a conference call recently with my friend Melvin Bray. We were on the subject of privilege, particularly white privilege. Someone asked if we needed to find ways to rid ourselves of privilege. His quick answer was no. “The poor don’t need you to get rid of all your stuff and come be poor with them. If I’m drowning and you’re on dry land, I don’t need you to jump in and drown with me. I need you to use your position to help me until we’re on the same footing.”

But privilege runs rampant in the church. I once heard a pastor say, “We do ministry to the people we want sitting next to us in church, and missions to those that we don’t.” Ouch. If we were focused on meeting the needs of our community, we wouldn’t need to be so good at marketing. You wouldn’t need such a good logo if you were finding homes for people without homes.

Now here’s the stinger. If we want to look the other way on privilege and opportunities to create equity, there’s one more big lie we’ll need to swallow:

3. The myth that we actually give God agency in our lives.

We do not live as though God is a thing that exists. Like an actively moving, life-interacting thing. We live as though God last spoke or moved when they closed the canon on scripture. If we’re honest, the biggest unstated reason a lot of people get sideways in defense of scripture is that they’ve deified it. They’ve made the Word of God the last word of God.

This is where I finally lost my ability to be employed in local church youth ministry. I realized that it was my job to not change people’s lives with God. Everything’s happy and suburban and all the kids play the sports they love and they know church is important because we tell them so on the way to the out-of-state travel team game. If I really knuckled down and called out how selfishly we spend our time, money and other resources, or even suggested that discipleship was really the role of the family, not the youth ministry, I’d have been gone in a hurry.

I realized that if I really wanted to be making disciples, I needed to shut down the noise and focus on the 3-6 kids in the room that actually gave a damn about their faith. The ones for whom it wasn’t simply a social ornament.

The ones that weren’t buying into the myth.

This article was made possible by Science for Youth Ministry in association with Luther Seminary and the John Templeton Foundation. Learn more at www.scienceym.org or on Facebook at www.facebook.com/scienceforYM 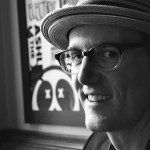 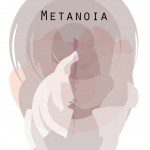 September 6, 2016 Changing Hearts and Lives at #PYM17
Recent Comments
0 | Leave a Comment
"Try this: https://www.youtube.com/wat..."
Ken Bussell In Search of Progressive Worship Music
"I agree 100% but I wish I had read this 10 years ago!!!Great article Wes. ..."
Clare Cotter The Definition of Youth Ministry
"The Many is an intentionally diverse group of artists creating new music for worship that's ..."
LenoraR In Search of Progressive Worship Music
"I am seeing a growing anti-social trend (Clock Zero by anonymous) is another example. I ..."
Ivan Kudder The Election Is Changing My Mind ..."
Browse Our Archives
Related posts from Progressive Youth Ministry 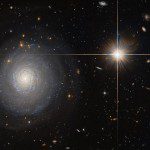