I do understand the disgust over Donald Trump, though I find it a tad inconsistent that critics of the Republican show no reluctance to speak of him they way he speaks of Mexicans. But isn’t it also obvious how bad a candidate Hillary Clinton is? I mean, can you imagine an evangelical historian writing this of Richard Nixon before Watergate?

Hillary Clinton would appear to be a palatable enough candidate. Though reticent about public displays of faith, she grew up active in a Methodist church in the suburbs of Chicago. And she has embodied the kind of hard work and civic virtue that evangelicals have loudly championed. “It takes a village” squares nicely with the communitarian sensibilities of a religion with roots in the East.

Nixon grew up a Quaker. He opened relations with China. He brought American troops home from Vietnam. And at least Nixon covered up his paranoid campaign antics long enough to get elected. Hillary, apparently, not so much. (And Ms. Clinton was one of those Americans who believed Nixon’s secrecy and abuse of the law was precisely what was rotten about American politics. Heavens to Murgatroid!)

Plus, we have the argument that evangelicals who support Trump are simply resorting to their default Republican setting:

This is the Christianity that has led us, said Moore, to a situation where Christian leaders have made excuses for Donald Trump; have been so unable to disentangle themselves from the Republican party that they have become its shills; have allied themselves with a man whose alt-right supporters are, many of them, a genuine resurgence of right-wingpaganism that ought to lead many left-wing pagans to think very carefully about what they have rejected when they’ve rejected Christianity’s teachings about a common human nature and the duty and centrality of loving one’s enemy.

But if you write a 3,000+ word column and don’t bring up the problems with the other presidential candidate — you don’t even mention her, have you yourself become a shill?

I thought academics were supposed to be critical across the board. Why the selective criticism? Because it’s obvious how bad Trump is? What Secretary Clinton are evangelical scholars watching? 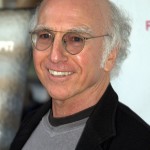 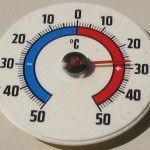 November 4, 2016 Taking the Temperature of the Evangelical Mind
Recent Comments
1 Comment | Leave a Comment
"I can never keep myself from being annoyed by the disingenuousness of the "complementarian" label. ..."
NorrinRadd Are Complementarians America’s Taliban?
"All of the LGBTQ sexually are mentally ill ( have a depraved mind ). And ..."
D.M.S. Being Evangelical, Being Gay
"What did he contribute?"
Roger McKinney Is David French the Best Judge ..."
"That's because French was and is part of the "Cult of Bush.""
Johnny Davis Is David French the Best Judge ..."
Browse Our Archives
Related posts from Putting the Protest in Protestant