Riots In A Fallen World

Macro theory too often assumes happenings and history are per-ordained, that leadership decisions don’t have consequences, and that individuals have no free will. But what if the buses kept running? What if police continued to disperse crowds in the street instead of retreating? What if Gregory Lee Butler hadn’t cut (or been able to cut) a fire hose outside the burning CVS? What if police had arrested him on the spot? These things matter. If they don’t, I don’t know why we bother to try at all.

The riots were not inevitable. Systemic problems matter, but they’re a constant. As important as they are, poverty and segregation and drug addiction and broken families and violence are nothing new in Baltimore. And they certain were not worse in 2015 than they were in the preceding decade. Why on April 27, 2017 and not on April 25 or 26? Or why not in 2003, when police arrested 312 people a day, many for minor zero-tolerance bullshit reasons? By 2014, the arrest rate had dropped by two-thirds and violence was down. God did not ordain Baltimore would burn a week after the death of Freddie Gray. It didn’t have to happen.

Bad leadership caused the Baltimore riot of April 27, 2015. Effective leadership and tactics can be the difference between a protest or even a violent disturbance and a riot. The latter happens not just because people are pissed off. People are always pissed off, sometimes for good reason. Now this is a weird point to make, but Freddie Gray wasn’t the first guy to die in the back of a police van; sadly, since the city still hasn’t procured safe transport vehicles, he probably won’t be the last. Angry people are a necessary but insufficient cause of rioting. Poor decisions in planning, message, and tactics let a bad situation spiral out of control.

Bad leadership has consequences. If not, why seek good leadership? Actions and inaction matter. Only on April 26, 2015, for instance, did the mayor, Stephanie Rawlings-Blake, defend a “measured” police response to protests by saying: “We also gave those who wish to destroy space for that as well.” The riots started the next day.

At the time, in 2015, many said the mayor’s words didn’t matter. And also that she didn’t mean what she said, which may be true, but those were the words she said and the words people repeated. Also, now it’s 2017. Does anybody still believe that the words from a chief elected executive have no impact? That they can’t incite violence?

But it took many more bad decisions before the riots started. Somebody (and oddly, we still don’t know who) made horrible transit and crowd control decisions at Mondawmin Mall on April 27. School kids were stranded en masse because the transit system was stupidly shut down. Kids couldn’t get home. It was bad, but the city still wasn’t in riot mode.

Ultimately the riots started because when things got rough, and cops received orders to pull back. The fear at the top, the mayor and Commissioner Batts, was that was police would be criticized for over-reacting. (And truth be told, they probably would have been.) But good leadership is willing to face criticism.

Maintaining order in the world is hard. Providence calls on every person to do his or her part. That’s what dominion in Genesis 1 is about. 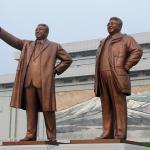 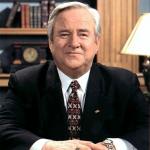 Evangelical
David French Must Have Jonah Goldberg Scratching His...
Putting the Protest in Protestant
TRENDING AT PATHEOS Evangelical