Why Doesn’t Joe Biden Talk about Faith the Way the POTUS who Inspired Him Did?

Why Doesn’t Joe Biden Talk about Faith the Way the POTUS who Inspired Him Did? October 16, 2020 D. G. Hart

What to make of Joe Biden as a Roman Catholic politician? The categories for evaluating a Roman Catholic’s faith these days is far different from the way it used to be, even if those older politicians, such as John F. Kennedy, was the inspiration for younger politicians (though old now) such as Biden.

Bishop Robert McElroy of San Diego pushed back against those questioning Biden’s personal Catholic faith based on his positions on abortion rights.

“One very sad dimension of the election cycle we are witnessing,” said McElroy, is “the public denial of candidates’ identity as Catholics because of a specific policy position they have taken. Such denials are injurious because they reduce Catholic social teaching to a single issue. But they are offensive because they constitute an assault on the meaning of what it is to be Catholic.”

Those under 60 may find it hard to believe that Kennedy needed to take a very different approach to the place of faith in his public duties. In fact, he needed to explain himself to a body of Protestant ministers in Houston just two months before the election:

I believe in an America that is officially neither Catholic, Protestant nor Jewish; where no public official either requests or accepts instructions on public policy from the Pope, the National Council of Churches or any other ecclesiastical source; where no religious body seeks to impose its will directly or indirectly upon the general populace or the public acts of its officials; and where religious liberty is so indivisible that an act against one church is treated as an act against all.

For while this year it may be a Catholic against whom the finger of suspicion is pointed, in other years it has been, and may someday be again, a Jew– or a Quaker or a Unitarian or a Baptist. It was Virginia’s harassment of Baptist preachers, for example, that helped lead to Jefferson’s statute of religious freedom. Today I may be the victim, but tomorrow it may be you — until the whole fabric of our harmonious society is ripped at a time of great national peril.

Finally, I believe in an America where religious intolerance will someday end; where all men and all churches are treated as equal; where every man has the same right to attend or not attend the church of his choice; where there is no Catholic vote, no anti-Catholic vote, no bloc voting of any kind; and where Catholics, Protestants and Jews, at both the lay and pastoral level, will refrain from those attitudes of disdain and division which have so often marred their works in the past, and promote instead the American ideal of brotherhood.

That is the kind of America in which I believe. And it represents the kind of presidency in which I believe — a great office that must neither be humbled by making it the instrument of any one religious group, nor tarnished by arbitrarily withholding its occupancy from the members of any one religious group. I believe in a president whose religious views are his own private affair, neither imposed by him upon the nation, or imposed by the nation upon him as a condition to holding that office.

. . . And in fact ,this is the kind of America for which our forefathers died, when they fled here to escape religious test oaths that denied office to members of less favored churches; when they fought for the Constitution, the Bill of Rights and the Virginia Statute of Religious Freedom; and when they fought at the shrine I visited today, the Alamo. For side by side with Bowie and Crockett died McCafferty and Bailey and Carey. But no one knows whether they were Catholic or not, for there was no religious test at the Alamo.

. . . But let me say, with respect to other countries, that I am wholly opposed to the state being used by any religious group, Catholic or Protestant, to compel, prohibit, or persecute the free exercise of any other religion. And I hope that you and I condemn with equal fervor those nations which deny their presidency to Protestants, and those which deny it to Catholics. And rather than cite the misdeeds of those who differ, I would cite the record of the Catholic Church in such nations as Ireland and France, and the independence of such statesmen as Adenauer and De Gaulle.

Whatever issue may come before me as president — on birth control, divorce, censorship, gambling or any other subject — I will make my decision in accordance with these views, in accordance with what my conscience tells me to be the national interest, and without regard to outside religious pressures or dictates. And no power or threat of punishment could cause me to decide otherwise.

. . . if I should win the election, then I shall devote every effort of mind and spirit to fulfilling the oath of the presidency — practically identical, I might add, to the oath I have taken for 14 years in the Congress. For without reservation, I can “solemnly swear that I will faithfully execute the office of president of the United States, and will to the best of my ability preserve, protect, and defend the Constitution, so help me God.

Roman Catholic professors today are not happy with Kennedy’s legacy or with the way today’s Catholic candidates appeal to their faith:

Kennedy’s handling of the issue was a key moment in the secularisation of American politics, and in the mainstreaming of American Catholicism, as Jesuit historian Mark Massa noted more than twenty years ago. This is self-evidently a very different moment, especially for a generation of Catholics who have made of their religious identity a key part of their appeal: and not just their Catholicism, but a particular kind of Catholicism.

Many of these critics are concerned more about Amy Coney Barrett than Joe Biden:

The ties between Catholic elites and the Republican Party and its operatives are longer and deeper than between the Catholic Church and European Christian-Democratic parties in the twentieth century, at a time when the hierarchical Church was concerned with respecting the boundaries between the religious and the secular, mindful of what had happened in the first half of the twentieth century in Fascist Italy and Nazi Germany.

The politicisation of religion means, among other things, that Catholic hierarchical authorities, especially the bishops, have been reduced to the status of followers of politicians — though this is truer for “Trump Catholics” than for progressive Catholics. The US president and the political party supporting him are trying to steer relations between church and state in an illiberal direction.

If that is true, then all the more reason to follow the first Roman Catholic president. 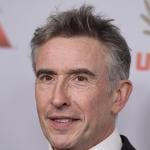 September 7, 2020
Jerry Falwell Jr., We Never Knew You
Next Post

October 20, 2020 Politics and not Religion
Recent Comments
0 | Leave a Comment
Browse Our Archives
get the latest updates from
Putting the Protest in Protestant
and the Patheos
Evangelical
Channel
POPULAR AT PATHEOS Evangelical
1

On Not Throwing the Baby Out...
Roger E. Olson
Related posts from Putting the Protest in Protestant