If You Think Vice President Pence is Bad, Have You Considered Henry VIII?

Mike Pence is a follower of the Billy Graham Rule, the one where a married man does not meet alone with a woman other than his wife. Some have objected to that rule, but if Harvie Weinstein had followed it he might not have had to write a check for $1 million to the bail bondsman. But because the VPOTUS works for a man who apparently never followed the Graham Rule, Pence is a politician whom the Southern Baptists should not have invited to speak at their annual convention.

Henry VIII, in contrast, was a man who went through six wives as he established himself, not Christ, as the head of the Church of England. Here is one description of his second wife, the one whose marriage made a new church necessary (with her royal husband as head):

Anne Boleyn was born in 1501. At the age of fourteen she was sent with her sister, Mary, to the French court as a maid to Queen Claude.

She returned to England in 1522 and attracted many admirers. Her sister, Mary managed to attract the King’s attention and became his mistress.

In 1526 Henry asked Anne to become his mistress, but she refused because he was a married man. Henry was determined to win Anne Boleyn and became determined to divorce Catherine and marry Anne.

The couple eventually secretly married in 1533 after Anne became pregnant. The King’s second marriage was not popular. Many people believed that Anne was a witch and had cast a spell on Henry.

Henry was by now tired of Anne and wanted rid of her. He had no intention of waiting for a divorce so his ministers invented evidence showing that Anne had been unfaithful and had plotted the death of the King.

She was found guilty and was executed in May 1536.

That account, which includes not the best treatment of women, is hardly one that you would expect to read about the founder of a Christian communion. Martin Luther, John Wesley, and Roger Williams do not come to mind.

And yet, if you compare reactions to the VPOTUS’s speech before the SBC to the reception of Michael Curry’s sermon for Prince Harry and Meghan Markle’s wedding, you see at best borderline ambivalence (borderline disgust) and overwhelming support respectively.

For instance, Chris Gehrz made this plausible point about Pence’s speech:

None of this is particular to Christians, Southern Baptist or otherwise. But rather than making ourselves pawns of any party or politicians, we must act as responsible citizens of a religiously plural democracy that separates church and state, taking care “to live properly among your unbelieving neighbors. Then even if they accuse you of doing wrong, they will see your honorable behavior, and they will give honor to God when he judges the world” (1 Pet 2:12, NLT).

In contrast, John Fea spoke for many evangelical historians when he posted this about Bishop Curry’s sermon:

The message itself was not particularly groundbreaking, but the occasion made it more powerful than it would have been if Curry preached the same sermon at his church in the United States. I also thought Curry was pretty constrained when compared to what I know of the African-American prophetic preaching tradition. Having said that, an African-American preacher amid the royal family was amazing to watch. And I am also glad that a billion people around the world got to hear a sermon about the redemptive power of love.

I get it, a major difference separates the two occasions — a politician speaking to ministers (Pence) vs. a Bishop preaching to royalty.

But hard to fathom is that observers of both events were quick to spot the flaws in Pence’s appearance before the SBC but not even bring up the sordid relationship between politicians and ministers in England. Imagine if Tommie Kidd had written something like this about the Church of England and the larger Anglican communion:

Southern Baptist leaders who arranged for Mike Pence’s address are following a well-established playbook for the annual meeting. They might want to ask, however, how closely they want the SBC to continue to affiliate with a Republican Party headed by Donald Trump. Access to political power remains enticing. But is the damage to the SBC’s public image, the continued alienation of non-Republicans in the SBC, or the political muddying of the gospel message worth it?

Shouldn’t the people who praised Michael Curry’s sermon also ask if the Church of England should continue to affiliate with a kingdom that had monarch’s like Henry VIII (who also created the CofE, oh, by the way)? Doesn’t the Anglican communion also have an image problem in addition to its messy ties to the English government? Hasn’t the “political muddying of the gospel message” in the Church of England gone on much longer and much deeper than the 2018 SBC Convention?

So where was the commentary about the dangers of mixing church and state back when Harry married Meghan?
#SBC2018 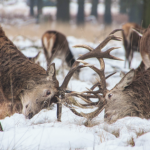 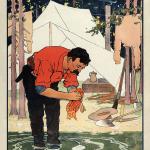