Would Roland Fryer have received a different fate had his case of alleged sexual harassment been decided after the New York Times decided to reframe American history around the reality of slavery? Stuart Taylor, Jr. provides a careful and detailed account of what happened at Harvard University to the accomplished economist, Fryer:

In a December 14, 2018 piece, the New York Times set the stage by noting in its opening sentences that Roland G. Fryer Jr. had attained tenure at Harvard, received a MacArthur “genius” grant, and won the most prestigious award for a young American economist.

In the second paragraph came the takedown: “But his rapid ascent has taken a troubling turn as Harvard officials review a university investigator’s conclusion that Dr. Fryer fostered a work environment hostile to women, one filled with sexual talk and bullying.”

This article, and Harvard’s Office for Dispute Resolution, have made a near-pariah of the youngest black professor ever tenured at Harvard University, a man born into poverty who is still much admired among many former female and male subordinates and other people who know him well – and who see the attacks on him as tinged with racism and “#MeToo” overreaction.

He is also admired among experts for his pioneering scholarship on how best to educate poor and minority children and other racial and gender issues. In an article littered with sins against honest journalism, The Times vastly overstated the criticism of Fryer in a confidential, 81-page November report by ODR, which has a staff of 10 — eight women and two men, including William McCants, the director.

The report seems subtly and skillfully biased against a man whom ODR branded a sexual harasser for (among other things) the kind of off-color jokes and teasing of both male and female subordinates that more risk-averse bosses avoid. But at least it made clear that Fryer, 41, has never been accused of making a pass at a subordinate or asking for sex. The 2,600-word Times article did not.

Some of this may well have been fall out from last summer’s Kavanaugh hearings and the fuel it gave to the Me-Too movement, not to mention the way the Obama administration began to apply Title IX regulations to sexual interactions on campus.

But the Times’ coverage was also biased against a black man:

Nowhere did the Times acknowledge that ODR’s 81-page report suggests that many of the main complainant’s 32 allegations attributing crude comments to Fryer were probable fabrications, which the report glosses over with euphemisms such as “the investigator did not find on a preponderance of the evidence” that Fryer made some of the alleged comments at all. Rather than reporting that ODR concluded that the complainant lied repeatedly, the Times said that “[t]he investigator could not substantiate some allegations, including one asserting retaliation by Dr. Fryer.”

The Times also ignored the findings in the ODR report, which was leaked to the Times and others including me, that the complainant “significantly overstated” and “broadly mischaracterized” Fryer’s “unwelcome conduct toward her,” and “minimized her responses to such conduct,” which included “continuing the conversation on sexual topics, or introducing sexual topics to the conversation herself.” Nor did the Times allude to the ancient legal principle known as falsus in uno, falsus in omnibus, which means roughly that a witness proven to have testified falsely about one matter is not credible (or, at least, less credible) when testifying about other matters.

The Times stressed that the still-pending April 2018 complaint by the woman who alleges sexual harassment in 2008 says that Fryer made “flirtatious and sexual overtures that made me uncomfortable,” which she “rebuffed.” Some of Fryer’s emails to her were flirtatious, as were some of hers to him. But the Times neglected to mention that — contrary to the implication of “sexual overtures” — neither this woman nor any other claims that Fryer ever made a pass at her or asked for sex. The Times also ignored Fryer’s assertion that this woman did not mention her concerns to any Harvard official until weeks after Fryer told her that she was not doing well and put her on probation.

The Times further ignored (or failed to learn) that Fryer’s written response to ODR included his recollection of a startling discovery he made when — after his relationship with this woman had soured late in 2008 — he looked at the laptop computer she had left open on his conference table. He recalled that he “glanced at her screen and saw an email conversation with her mother where they were discussing (or perhaps fantasizing about) my death. The description, in general, involved pushing me down in icy water such that my body would no longer respond, and they ([she] and her mother) would watch me slip under and die.”

The Times quoted June Daniel, a former executive director of Fryer’s lab, saying that he routinely made “inappropriate comments about women or their body parts, men’s body parts, homosexuals, minorities, or other groups,” and had a “reputation for vindictiveness” for which the newspaper cited scant evidence. But the newspaper ignored the fact that ODR had rejected Daniel’s similar allegation to its investigator, and never mentioned that Daniel had been fired from her position at EdLabs. (Daniel has not responded to an email requesting comment.)
The Times said the ODR investigator had said EdLabs was “filled with sexual talk and bullying.” In fact, the report does not use the word “bullying,” or any variant, in describing Fryer’s conduct. It does not use “sexual talk” either. Nothing in the report suggests EdLabs was “filled” with either. I spoke to many former EdLabs employees and all of them said that there was a great deal of joking and teasing, but most of it was not sexual.

Among Fryer’s other criticisms of the Times are its crediting of what he says are false, anonymous assertions that he “was told repeatedly over the course of 10 years – by employees and by at least one university official – that his conduct was out of line” and that he had written negative recommendations of “several women” after “they had angered him in some way.” Asserted Fryer: “Nobody told me I was out of line and I have never written a bad recommendation about anyone.

Glenn Loury and John McWhorter discuss the incident and its aftermath here.

And yet, the Times (aside from taking the side of elite Harvard), now presumes to instruct the country about slavery and race:

The Fourth of July in 1776 is regarded by most Americans as the country’s birthday. But what if we were to tell you that the country’s true birth date, the moment that its defining contradictions first came into the world, was in late August 1619?

That was when a ship arrived at Point Comfort in the British colony of Virginia, bearing a cargo of 20 to 30 enslaved Africans. Their arrival inaugurated a barbaric system of chattel slavery that would last for the next 250 years and form the basis for almost every aspect of American life. The 1619 Project is a major initiative from The New York Times memorializing that event on its 400th anniversary. The goal of the project is to deepen understanding of American history (and the American present) by proposing a new point of origin for our national story. In the days and weeks to come, we will publish essays demonstrating that nearly everything that has made America exceptional grew out of slavery.

When they reported on Fryer, the Times was apparently under the old dispensation. Now that the paper’s editors and writers see clearly, future Roland Fryers will likely see less biased coverage.

Post-script: to be fair, the Times did write a favorable piece on Fryer in 2005 that included this:

So here is Fryer’s final anomaly: he is a man who revels in his blackness and yet also says he believes, as DuBois believed, that black underachievement cannot entirely be laid at the feet of discrimination. Fryer has a huge appetite for advocacy but a far larger appetite for science, and as a scientist he won’t exclude any possibilities, including black behaviors, from the menu of factors that contribute to the black condition. His school-incentive project in New York would call upon this entire menu: it seeks to provide an empirical means to measure the theoretical effect of “acting white”; it engages the economist’s belief in the power of incentives to change an environment; and it allows for the overlooked abilities of any given child to flourish. The project might do the most good for the kind of child Fryer himself once was: a kid who belongs to the Talented Tenth but just doesn’t know it yet.

So, perhaps the Times’ was capable of better journalism before its editors woke. 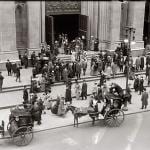 August 20, 2019
Religion that Helps Cities and Hurts Churches
Next Post 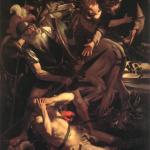 August 28, 2019 Is a Protestant Who Becomes Roman Catholic a Convert?
Recent Comments
0 | Leave a Comment
Browse Our Archives
Follow Us!