Those Were the Days

Presbyterians and Puritans used to matter. Today, they rarely make the news. Baptists and Mormons are more numerous and more important than those older British Protestants. What follows is an excerpt of a review of David D. Hall’s, The Puritans, a terrific book that should not any modern day Presbyterian or Puritan (think Congregationalist) pine for days of significance:

Historians of the Reformation in the English-speaking world struggle to juggle Puritanism and Presbyterianism in the development of British and American Protestantism. An easy resolution is to place the Puritans in England and New England, and Presbyterians in Scotland (and Ireland) and the Middle Colonies of North America (and eventually in nineteenth-century Canada). Perry Miller, for instance, the Harvard University scholar who almost single-handedly put the recovery of Puritanism as a field of study on his back, saw Puritanism as an effort to purify the Anglican church of elements that lacked a scriptural warrant. For some Puritans, removing bishops and replacing them with another form of church government was part of the call for purity. But as these Reformed Protestants evolved, they went in different directions on church government, which explains why New England Puritans became Congregationalists. On the other side of the topic, historians of American Presbyterians usually regard their subject and Puritanism to be distinct—not siblings but cousins. For example, Randall Balmer and John R. Fitzmeier observe that England Presbyterianism and Puritanism were “intertwined” but also “overshadowed by the Presbyterian successes in Ireland and Scotland.” Likewise, Lefferts Loetscher’s survey of American Presbyterianism mentions New England Puritanism briefly and identifies the Puritans who went to Massachusetts Bay as those who remained with the Church of England. By implication, Presbyterianism was an expression of Protestantism within the Church of Scotland.

What makes this national differentiation especially challenging is James VI of Scotland who in 1603 became James I of England as well. His dual monarchy meant that no matter what the difference between the two expressions of Protestantism, Puritans and Presbyterians would have to work their attempts at reform through the same monarch. The King of England and the King of Scotland may have been the same man, but the national churches in each kingdom had a distinct history. To the north, Presbyterians competed and eventually triumphed over bishops in Scotland while Puritans—put simplistically—either left for North America over frustration with the king’s archbishop or started a war with the crown (i.e. Charles I), only later to become dissenters after the Restoration.

Recent histories of Protestantism in the British Isles and England’s colonies in North America have clarified the relationship between Puritanism and Presbyterianism greatly. They also show how chaotic the entire historical process was that eventually produced the Anglican church, Presbyterianism in Scotland, and denominations such as Congregationalists and Presbyterians in the United States. These communions emerged as anything but well-defined institutions with roots in the Reformation. They were all part of what Michael Winship has called “hot” Protestantism, believers who desired a complete reform of the church and its members according to the Word of God. All such “hot” Protestants, or Puritans, could be found on the spectrum of church government. Some favored bishops, others assemblies and synods, and still others congregations. . . .

Hall’s story follows the rise of Protestants (Puritans) who desired a further reform of the state churches of England and Scotland, often inspired by Calvin’s Geneva. It is not a straightforward narrative. . . . He also explains the causes and motivations that led Presbyterians in Scotland and Puritans in England (through civil magistrates) to go to war with Charles I. The picture that emerges is anything but tidy or inspiring. A longing to see the churches of England and Scotland reformed according to the Word resulted in war and even regicide (an act that in ancient Israel, David would not even consider in his contest with King Saul). 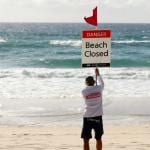 January 15, 2021 What if Christianity is Not Reasonable?
Recent Comments
0 | Leave a Comment
Browse Our Archives
Related posts from Putting the Protest in Protestant