I was going through some old files and came across this piece, eventually published at Touchstone. I paste an excerpt below (readers should be aware that I no longer live in Philadelphia nor are my parents, the lovely, the talented, Jay and Ellen Hart, still alive):

the question of cultural succession broadly construed is a real one that is often missed in Newmanesque defenses of liberal education. The problem arises when graduates of the university fail to return home to work with family and friends, and so preserve the local culture that nurtured them as sons, daughters, cousins, grandchildren, church members, and neighbors.

We are left with the dilemma Berry describes: Does a liberal education so broaden the minds of its pupils that it turns them into learned cosmopolitans who cannot go home anymore? In other words, how can students go back to the farm after having read Homer, Dante, and Shakespeare?

Or, to put it another way, can these students even return to their suburbs (many of which were built on farmland)? The problem is not one simply for farming communities. It is one for small towns, big cities, and exurbs.

This is a personal question for me, because I am a product of the educational system that Berry laments. The humanistic education I received over the course of too many degrees enabled me to escape my past, at least partly.

I grew up in Levittown, Pennsylvania, the home of some of Philadelphia’s worst industrial excesses, and now live in the tony Philadelphia neighborhood of Chestnut Hill. I am close enough to aging parents to monitor their condition and lend a helping hand. But I have to admit that if I had to live in the neighborhood where I grew up, I would feel as if I were being consigned to the Soviet Union of my youth. And the reason has almost everything to do with my education.

I can rationalize that Levittown is not really a neighborhood of Gemeinschaft warmth and substance, that the fundamentalist church to which my parents took me ministered an impoverished version of Protestant Christianity, or that my real roots are the farming communities of North Carolina and Pennsylvania where my parents were reared. But underneath such sophistication is a less pleasant reality: My education, my reading habits, and my cultural interests have turned me against the place where my parents have lived for practically all of their adult lives.

The issue Berry raises is not one of the snobbery that often afflicts the educated. The issue instead is the effects of a truly liberal education. By so broadening the mind, does it narrow the person? By liberating the educated person to see things whole, does it shackle that person to a blindness than cannot recognize the full scope of our humanity? In Newman’s day the conservatism of English society may have prevented any liberally educated person from neglecting the importance of local and parochial attachments. But in a highly mobile society in which education often serves merely to advance a career, a liberal education cannot depend on such implicit support.

I was reminded of these questions last summer when reading the terrific novel by Richard Russo, Empire Falls. It is about a small town in Maine that had its glory days when the mills were churning with activity and sustained a vibrant set of civic and cultural institutions. But with changes in the economy and the closing of the mills, the town became the home of people with slim prospects and even slimmer ambitions.

The hero, Miles Roby, runs a diner almost everyone goes to, and so he knows everything that is going on, except for some of the most important things in his family’s past. Miles had gone to college and had the chance to leave Empire Falls—in fact, that her bright son would escape the cultural blight that had destroyed the town was his mother’s greatest hope. But, to care for his sick and dying mother, he returned to Empire Falls, foregoing his degree, and took over the diner to make ends meet.

And in so doing, Miles was able to see how all those kids with whom he went to school turned out in their callings as sheriff, mayor, insurance broker, and attorney, as well as having the opportunity to see the adults of his youth from the perspective of his own attempts to be a mature adult. In many cases these insights were painful—he saw ne’er-do-well children grow up to be adult ne’er-do-wells, except now they might be wearing a badge and the gun that goes with it.

In comparing Miles’s experience to my own, I have to admit that in choosing to leave Levittown, I gave up something fundamentally human. I now live with a great set of neighbors, but they know only a very thin version of me and I know only a thin version of them. Of course, I also gained things that Miles relinquished by staying in Empire Falls. Restaurants, libraries, sports stadia, museums, and art house cinemas—the sorts of attractions that make cities like Philadelphia points of destination are generally available to someone living on the income a liberal education secures.

But reading Russo’s novel from the perspective of Berry, I am haunted by the potential narrowness of a liberal education, since it tempts us to look at students and ourselves as merely minds without bodies, that is, without reference to the families and communities in which we learned to talk, treat others politely, endure eccentric neighbors, root for football teams, and fall in love.

Image (the Hart abode is actually in this photograph) 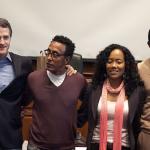 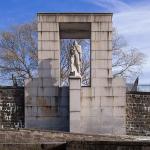 What the 1918 Influenza Pandemic Meant...
Anxious Bench
Related posts from Putting the Protest in Protestant 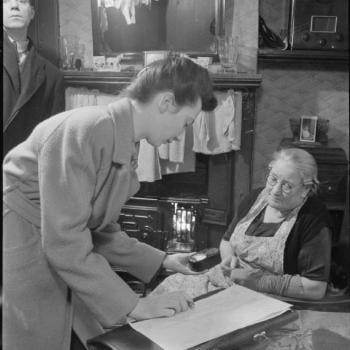 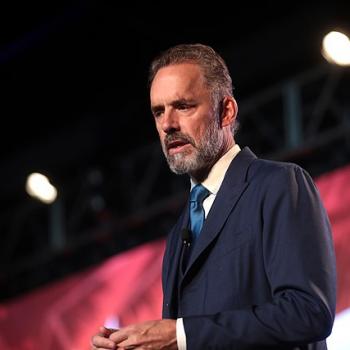 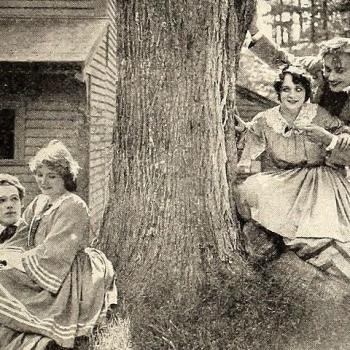