Here is another curious communication from my email in-box (received soon after subscribing to The Atlantic). It is from the editor, Jeffrey Goldberg and went out to all new subscribers (so I am not revealing any private thoughts):

In the spring of 1857, a group of Boston transcendentalists gathered for dinner at the Parker House Hotel. After five hours of repartee, they decided to create a new magazine, one that would make politics, literature, and the arts its chief concerns.

They were united in three ways: their opposition to slavery, their love of American writing, and their tripartite names—including Henry Wadsworth Longfellow, Ralph Waldo Emerson, and James Russell Lowell. Harriet Beecher Stowe, the author of Uncle Tom’s Cabin, was invited, but she boycotted the dinner when she learned that alcohol would be served.

After everyone agreed on Oliver Wendell Holmes’s proposed name, a plan for The Atlantic was set. The founders wanted to be “fearless and outspoken” at the dawn of “a new era of human civilization.” In a manifesto, they promised to be “the organ of no party or clique”; to “honestly endeavor to be the exponent of what its conductors believe to be the American idea”; and to care for the “whole domain of aesthetics.” The manifesto was signed by, among others, Herman Melville, Nathaniel Hawthorne, and yes, “Mrs. H. Beecher Stowe.”

In November of 1857, the first issue was published, and we have never stopped publishing. Since its founding, The Atlantic has published everyone from the aforementioned Hawthorne (who served as the magazine’s Civil War correspondent) to Frederick Douglass and Walt Whitman; from Robert Frost and Helen Keller to W. E. B. Du Bois and Booker T. Washington; from Emily Dickinson and Virginia Woolf to Mark Twain and Sylvia Plath; from a raft of future presidents—Theodore Roosevelt and Woodrow Wilson and JFK—to the great writers of the present, too many to even begin mentioning.

We know that the America of today would be unrecognizable to the founders of this magazine, but my hope is that they would take quickly to today’s Atlantic. They would recognize in our journalism the stringent application of intelligence and analytic rigor to the great problems of the day; the devotion to the explication of not only the American idea, but also the nature of an unsettled world; and a great love of literature and culture in all of its manifestations.

I believe that the founders would be able to locate these values in our print magazine, on our website, at our events, in our podcasts, and in our documentaries. (I also believe that they would be confused by our Instagram account.)

My wife and I recently went on a literary walking tour led by Boston By Foot. Much of what Goldberg says is true and I would encourage anyone in Boston to take advantage of these tours and also to read the Atlantic.

But what stands out about this email message is that what Goldberg writes about his magazine is not something that the Atlantic has always communicated about the United States of America. Goldberg is proud of his publication’s founding but many writers at the Atlantic — especially Ta-Nehisi Coates and Adam Serwer — are (or were in Coates’ case) regularly indignant about America’s past.

The thing is, Goldberg likely knows that the founders of the Atlantic were not always swell in their understanding of the world. Americans of English background in Boston were particularly bigoted about Irish immigrants. There are other skeletons as well. There are wherever humans walk the earth.

So if editors at elite journalism publications are allowed to be proud of historical figures who would never measure up to today’s moral standards, why do some of the same editors and journalists mock Americans who want to take pride in their country? Pride of place and of one’s group are natural human traits.

Let the Atlantic be great. Let America be great. 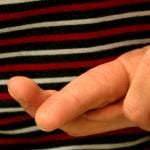 September 24, 2019
If Baptist or Episcopalian, Why be Evangelical?
Next Post 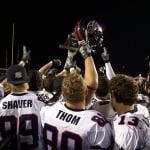 Ravi Zacharias: I didn’t want it...
Unbelievable?
Related posts from Putting the Protest in Protestant