Trump is the POTUS that HBO Subscribers Deserve

I am still having trouble wrapping my mind around the very high moral standards that President Trump’s critics are using against him and in turn employ to accuse his evangelical supporters of hypocrisy. I understand that Trump is not presidential. Tweeting is not presidential. Nor is it something that most people holding up high the standards of presidentiality are willing to give up.

Still, consider the fundamentalist-like indignity that often emerges when Trump shows he is exactly who he was when he was appearing on the Howard Stern show or in New York City’s tabloids. It is surprising on some level that Americans elected Trump. Just as surprising is the resort to Leave-It-To-Beaver standards to prove the illegitimacy of Trump’s presidency.

For instance, some have expressed a complete and utter refusal to show any loyalty to the President because of his immorality.

Donald Trump is a liar who clearly obstructed justice. He has forced others to lie to the American people on his behalf. Some, like Sarah Huckabee Sanders, a self-professed evangelical Christian, lied for the president on multiple occasions. (That is a lot of slips of the tongue). Others refused to lie for him. The Mueller report reveals that Trump’s presidency lacks a moral center. He should be impeached.

On the flip side of the coin, President Obama has instructed Americans — partly in reference to Trump’s antics — what a POTUS should do:

We should soundly reject language coming out of the mouths of any of our leaders that feeds a climate of fear and hatred or normalizes racist sentiments; leaders who demonize those who don’t look like us, or suggest that other people, including immigrants, threaten our way of life, or refer to other people as sub-human, or imply that America belongs to just one certain type of people. Such language isn’t new – it’s been at the root of most human tragedy throughout history, here in America and around the world. It is at the root of slavery and Jim Crow, the Holocaust, the genocide in Rwanda and ethnic cleansing in the Balkans. It has no place in our politics and our public life.

Those are noble and inspiring sentiments. But they don’t apply to Hollywood or even the way television and motion picture producers portray American presidents. Indeed, Hollywood has taught Americans to be cynical about politics and to regard wicked, venal, and narcissistic politicians as not only typical but funny. Consider the HBO series, Veep. Here’s one description of it from The Hollywood Reporter:

Is Veep the most foul-mouthed show on TV? If Selina Meyer were to answer the question, one might imagine her saying, “F— yes.”

The writers of the Emmy-winning HBO comedy, which wraps its fifth season June 26, have long turned swearing into an artform. With Julia Louis-Dreyfus’ Selina and her delightfully dirty mouth at the helm, her motley crew of political lackeys launch their insults and political doublespeak with such rapid fire, the show has taken on a laugh-out-loud-and-you-might-miss-it quality.

…”Julia’s very fond of saying that when we had the idea of this boob-ish, foul-mouthed candidate that is Selina Meyer, that it was fiction and perhaps now, not so much,” Mandel continues. “There’s no Donald Trump or Bernie Sanders character, but all of these things kind of go into the soup and you reflect on them later. The good news is, when people are so unhappy with the system, they are looking at a way to laugh at it.”

Full disclosure, I did not turn the show off with all of the f-bombs. But when the series devoted an entire episode to the c-word, I thought about it. Not even Larry David’s Curb Your Enthusiasm came straight out with the c-word (initially) but needed to treat it as a misspelling of “aunt.”

Never mind Veep’s vulgarity, the show’s writers and producers say that this is what the United States needs:

The series began during the Obama years, and presented Meyer as the real-life president’s shadow-self in the American imagination – a Democrat who acted like a Republican (or worse) behind closed doors. She drained all the nicety from leftwing politics, plastering on a smile on the campaign trail, and then regarding her constituents with open contempt once she was away from the cameras. The writing staff has elevated foul language to a fine art, and Meyer got many of the most cutting lines. In one particularly memorable chewing-out, she compares an idiot colleague to a certain pastry used as a sex toy, in that “it doesn’t do the job, and it makes a [f-ing] mess”….

Veep has proven itself the only program capable of lampooning the otherwise comedy-proof Trump. Its black heart sets it apart from the scads of humorists taking puny potshots at a man begging for and immune to being made fun of. Fiction exists to show us the humanity in the inhumane; Veep’s superpower has always been its hatred, clean and true. Beyond Trump lies nothing, a vessel as empty and selfish as government itself. All you can do is laugh.

So, while some Americans continue to believe in the importance of POTUS’ moral leadership, why do many of those same critics of the current president fail to condemn Hollywood (which had a hand in creating “the Donald,” after all). If President Obama really means that any language that demeans others has no place in “public life,” and if critics of Trump use Obama to fault the forty-fifth president, are they going to lead a campaign to boycott cable television and Amazon studios? My bet is they won’t. Imitating the Southern Baptists’ campaigns against Disney was never very sexy. 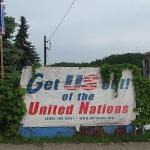 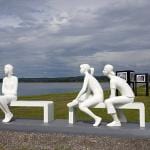 September 11, 2019 Why Are "Liberals" So Insecure that They Need the Times' Green Light to Dump on Conservatives?
Recent Comments
0 | Leave a Comment
Browse Our Archives
Follow Us!