Hard to know whom to believe about conditions in Afghanistan for women. Reporters in the West may suffer from a kind of orientalism that looks at non-Western society from western perspectives. In which case, such coverage may hold places like Afghanistan and its government up to political norms that are foreign to Islamic convictions or Afghani expectations. Even so, the stories that do mention the conditions that Afghani women may face with the Taliban’s rule also provide perspective on the seeming illiberalism of American Christians.

Take, for instance, this story from NBC:

Already, women in cities that have fallen under Taliban control “are like prisoners in [their] home,” according to a provincial government official in Afghanistan.

Elsewhere, women expressed fears of a future with “no right to education, no right to teach, no right to work” in a letter shared with NBC News by the office of Rohgul Khairzad, the deputy governor of Nimroz province.

…”The Taliban, during the previous regime, showed that they would never allow women to study and work while Islam allowed them to do so, even under Islam,” the letter said. “Men are entitled to the same rights in every period of time.”

“We are awake with thousands of fears and fears until dawn,” it added, before calling on “the world community” to step in. “Please stop the Taliban. Respect women and girls.”

The letter also expressed fears that women and girls could be forced to marry members of the militant group.

These conditions stand in stark contrast to those of women within Christian networks that follow the norms of complementarianism. Here is how the historian, Beth Allison Barr, described the conditions of white evangelical women:

biblical womanhood is… the idea that God created women and men with separate roles in life, and that women are destined for home and hearth, children and family, while men are destined for work outside of the home. It suggests that women and men are uniquely made in these ways, so while they may sometimes have to overlap their roles—as when, in time of financial hardship, a woman may have to get a job to help pay the bills—the ideal is that women manage the household and men participate in public life. It suggests, further, that when women and men adhere to these standards, God will bless them and their families.

That may not sound so bad but because biblical womanhood is adjacent to patriarchy, it is a threat to women:

The one aspect of biblical womanhood that has historical continuity is patriarchy. Christians often don’t like to use that word because we associate it with feminism, but it’s really just a simple historical construct. It suggests that, wherever you are in time, women’s ability to make choices about their lives is always limited by the men around them, and that they always have fewer options than men do. Legally, politically, socially, religiously—in all of these realms—women are to a significant extent under the control of men.

Complementarianism—the idea that women and men have different and complementary gender roles to perform—is simply another manifestation of the patriarchy that has been at work since the beginning of civilization.

The gender hierarchy nurtured by biblical womanhood and patriarchy has resulted in notable evangelical speakers and pastors mistreating women or those who defend gender egalitarianism. According to Barr:

This is a problem for all conservative evangelical churches. Though I did grow up in the SBC, the church that I attend now is affiliated with the Baptist General Convention of Texas. … We were at Southeastern Baptist Seminary when the conservative takeover was in full force, and we experienced the power that the Pattersons wielded over people at that time. In 2018, when all of the news began to come out about Paige Patterson, we weren’t surprised. We were deeply saddened, though, because we knew so many of the pastors who had come out of that seminary and how prevalent his attitudes on gender had become within the SBC. People in that world are still subject to a lot of fear-based pressure and control when they challenge the hierarchy. There’s a lot to say about Beth Moore and the pushback that she gets routinely from male pastors. But we could identify plenty of examples from other evangelical denominations as well. There’s John MacArthur’s church, which has branches everywhere. The Village Church with Matt Chandler, the 9Marks network, and of course, the Acts 29 organization that brought us Mark Driscoll. All of them push a complementarian ideology that is widespread across America.

I remain convinced that critics of complimentarianism can easily spot differences between John Piper and the leadership of the Taliban. But I do wonder if these critics keep in mind the diversity of places like Afghanistan and the United States when criticizing people who defend biblical teaching about men and women (whatever that teaching is). 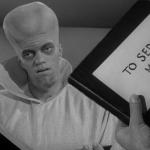 June 29, 2021
Thinking Theologically with David French (about aliens)
Next Post

October 28, 2021 The Optics and the Reality of Evangelical Elites
Recent Comments
0 | Leave a Comment
Browse Our Archives
Related posts from Putting the Protest in Protestant